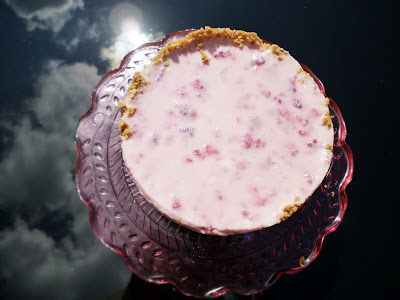 I spent a large part of my free thinking time this month trying to figure out how to best put Midori into baking form in order to enter my own blogging challenge, Baking With Spirit. In the end I settled on cheesecake in order to satisfy some cravings, but deciding which flavours to pair it with was more difficult.

A quick google led to some surprising combinations (described on a site dedicated to making cocktails, naturally). Apparently melon pairs very well with citrus flavours, but I was more intrigued by its apparent match with raspberries. My flavour combination had been chosen. 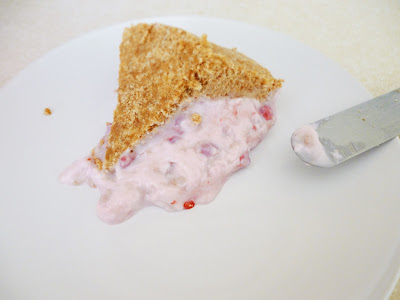 The best part of this challenge (apart from eating the cheesecake) was making the melon liqueur. I was feeling the pinch at the start of this month, and since I already had some vodka in the house I decided to make my own Midori - all I had to buy was a melon (£1ish) in contrast to buying a whole bottle of liqueur (£12ish). The process was surprisingly fast; I've seen recipes for other flavoured liqueurs which require steeping the fruit in vodka for 3 months minimum, whereas this recipe stated only a 3 day minimum!

I've not had a chance to try the DIY Midori in beverage form (though this might be rectified later today), but when I made it I could smell the melon in it. The raspberry flavour in the cheesecake mixture overpowered the delicate midori flavour (or so I thought - I had a bit of difficulty discerning whether I was tasting raspberry or melon), so I added a fair amount of the liqueur to compensate. When I say a lot, I mean about 200mL. So yeah, a lot. Don't eat this and drive.

Due to the unexpectedly large amount of liquid in the mixture, I didn't use quite enough gelatine to set the cheesecake. As you can see in the photo above, it's still quite soft on the inside. I've upped the gelatine quantity in the recipe below, though if you're using real Midori you might want to use your own judgement on how much you might need. Make sure you taste the cheesecake mixture as you go! 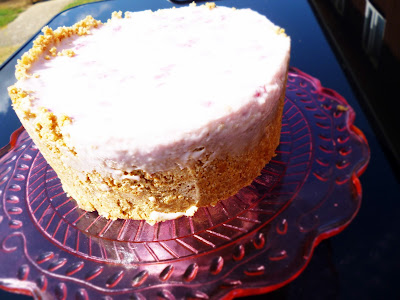 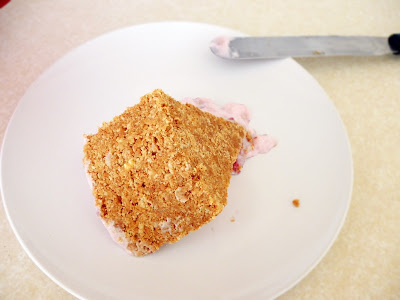 As mentioned above, this is my entry for my monthly blogging challenge, Baking With Spirit. The challenge this month is to bake with Midori, and ends tonight so if you're feeling inspired then act quickly!