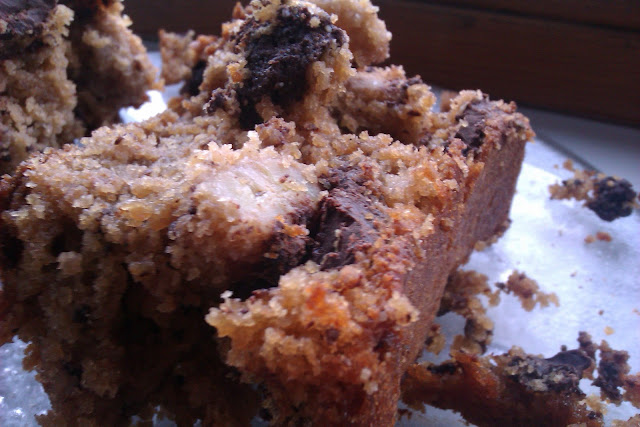 I first made this cake after watching Nigel Slater (one of my favourite Chefs) make his Black Banana Cake on his TV programme, Nigel Slater's Simple Suppers. I liked the look of the cake and sort of remembered the recipe, so I went to work on making one myself. If you compare the two recipes you'll see a few glaring differences where I forgot something he had added, but in the end I made a cake in its own right. I wouldn't have wanted to add the hazelnuts anyway.

Today is the second time that I've made this cake, and it appears to have turned out just as well as the first time. My bananas were more bruised than ripe, which means that they won't have added such a sweet flavour to the cake (usually it's the riper the better when it comes to cooking with bananas), but hopefully their taste and moisture will still add to the cake. I haven't tried the cake yet, but it looks pretty good and my Dad tried some (I'm at home in Devon now) and said it was "lovely".

The chocolate log that I made for the house Christmas meal in my student digs the other week was completely devoured within two days. I admit that I was one of the people who helped with the devouring - the chocolate and the light consistency of the sponge made it too good to miss out on.

I know that I am usually partial to add a topping to a cake, especially if the topping might be buttercream, but this cake honestly doesn't need it - in fact, I think a topping would take something away from the cake itself. This cake would be great for afternoon tea or eating warm from the oven to help you thaw out after walking around in the cold outside, so bake yourself a batch pronto! 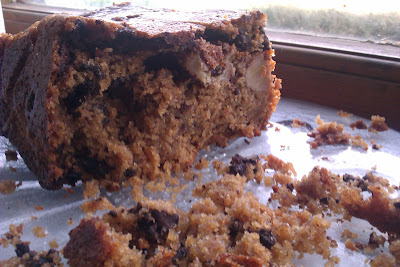 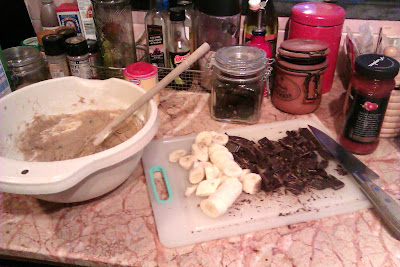 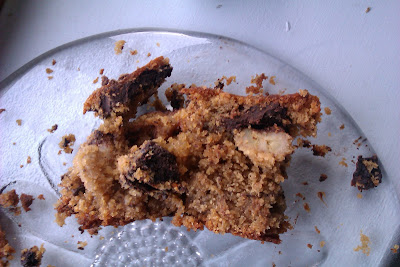 It has just occurred to me that this could also be made as a cake square type thing (the name escapes me - I've been getting that a lot lately), in which case you should use a brownie tin or other similar deep tin, e.g. a roasting tin, cook the cake for 20-30 mins and slice it into squares before serving. [Edit: I was talking about a TRAY BAKE!]

If you don't know what I'm talking about in any of the steps in the recipe, just go to The Basics for lots of info on baking jargon.

Prepare for a barrage of posts this week: with all the Christmas presents and socialising with friends, there are at least two things that I'm going to want to show you this week.

I'll hopefully find time to revise for January exams with all of this baking...