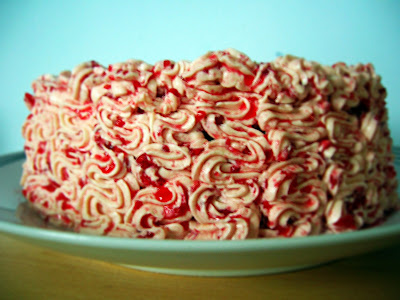 Today has been a good day. I took the train to Exeter, mostly (now this might sound ridiculous) to exchange some broken sunglasses that Dorothy Perkins Plymouth don't stock, but also to take advantage of the Lakeland there and buy some cake decoration equipment: a turntable (for ease of spinning a cake whilst decorating it) and a side scraper (for making the sides of a cake uber-smooth). This didn't really take long (though I think I could live in the baking department of Lakeland), so I stopped off for some lunch at a place called Boston Tea Party, as recommended by a friend. 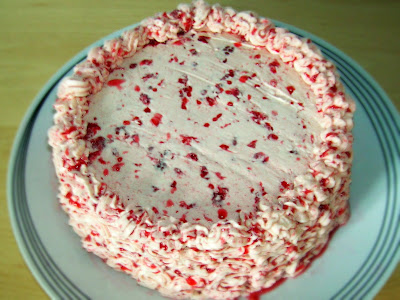 Boston Tea Party was such a great recommendation! It's a bustling café on the ground floor with a spacious upper floor, filled with eclectically sized wooden tables and various types of chair. They serve a variety of foods for breakfast or lunch, coffees, teas, white or regular hot chocolate, a variety of smoothies and a load of cakes. I had a raspberry and chocolate flapjack with the banana smoothie (containing peanut butter, which was the real deal maker for me!) and they were both delicious. Next time you're in Exeter, I'd suggest you give it a go. It's situated just off the high street on the road to Central Station. 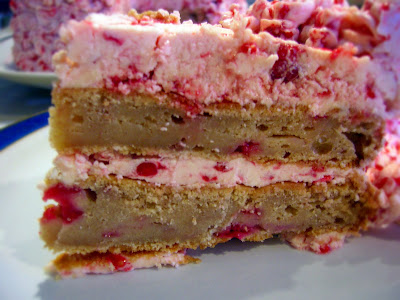 Once I'd got home, battling through mist and rain to get there, I started on the icing for this cake, which was, in the end, the cherry on top of my good day because it is the best Swiss meringue buttercream I've made! This is mostly down to taking note of Sweetapolita's More About Swiss Meringue Buttercream post, which states that only the best quality butter should be used to make it as there'll be less water content, ensuring nice and smooth icing. This means that I'll only be able to use my low fat spread in the cake itself and will have to fork out for the proper stuff in my Swiss meringue buttercream from now on. 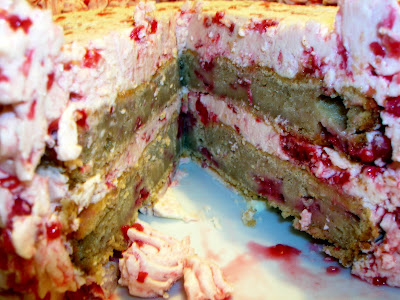 The idea  for blending raspberries into the buttercream was also from some pretty awesome looking cupcakes by Sweetapolita (she is, after all, one of my baking gurus!), and the idea for the ruffling up the sides of the cake was from Amanda at i am baker, but I've also seen Rosie at Sweetapolita do something similar. I saw Amanda's design around Christmas time if not earlier, but it wasn't really until the last month or so that I've felt confident enough to try it out. This cake design has been a long time coming! One thing I forgot to get in Exeter today were silver balls to decorate with, as i think the cake could do with something like that to break up the colour a bit.

The sponge is flavoured with cinnamon  and has raspberries dotted through it. I wasn't sure what sponge to make with the raspberry icing so had a quick google and discovered a very helpful page that listed the spices that raspberries are compatible with, cinnamon being one of them. I'm a massive cinnamon fan and will happily try it with anything sweet, so I was happy when I had a (not-quite thawed - I was a bit over-eager) slice of the cake and it tasted as good as I could have hoped. I'm so very pleased with this cake!


For the Swiss meringue buttercream:
Recipe 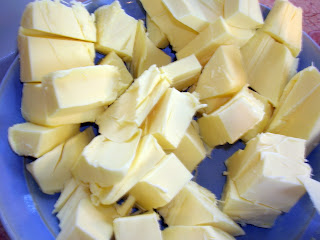 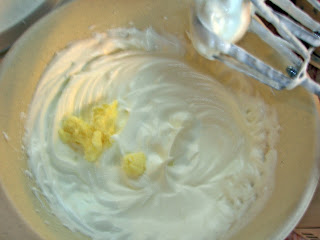 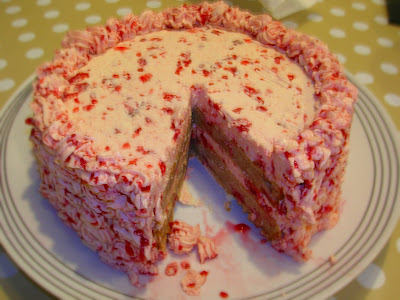 For tips on the rudiments of baking, take a look at The Basics.

Do you know, I'm 21 years old and apparently still don't know how to protect my clothing from simple things like raspberry juice (or toothpaste) - I looked down at my white tank top after making this cake and discovered that it was now covered with pink dots. Hope it washes out...

I'm entering this cake into the Simple and in Season blog challenge, organised by Ren at Fabulicios Food and   guest hosted this month buy Fleur at Home Made By Fleur. The idea of the challenge is to submit a dish based on seasonal produce. This is the first time I'm entering it, though I've been aware of it for a while. You can never be taking part in too many blogging challenges!

I'm now off to wash my tank top, but I'll be back around the weekend to bring you my entry to the Scottish Best of British Challenge!