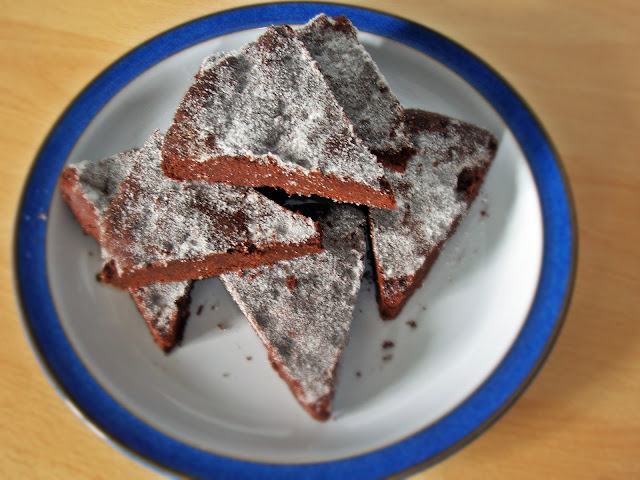 I've recently tried to make shortbread several times, but each time (except when making the Chocolate Chip Shortbread) it wasn't quite sweet enough. The Best of British Challenge is centred around all things Scottish this month, giving me a good opportunity to perfect my shortbread making.

Shortbread is the first thing that pops into my head when I think of Scottish baked goods. I've only visited Scotland twice (Glasgow when I was about ten and ill all week, and Edinburgh to check out the university) so I don't know too much about traditional Scottish food unless it's ridiculously famous - hence the shortbread (haggis doesn't sound very appealing). I scoured the internet and found a recipe from Delia Smith, but of course I couldn't leave the recipe totally alone so I added some chocolate to it.

The shortbread is very tasty and definitely sweet enough! I'm taking some into work during the week so I won't have to eat it all myself - just as well, as I had a bit of a bakeathon today: a Peanut Butter Slab (coming soon), some cupcakes whose flavour combination I was testing for a later date and the Faux French Buttercream that I posted earlier today. If you're looking for something traditional with a twist, I would highly recommend this chocolate shortbread! 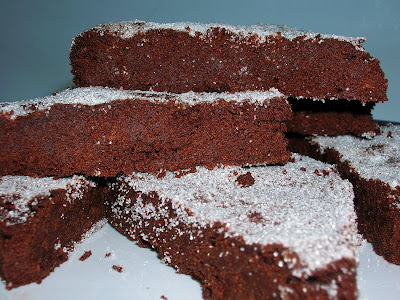 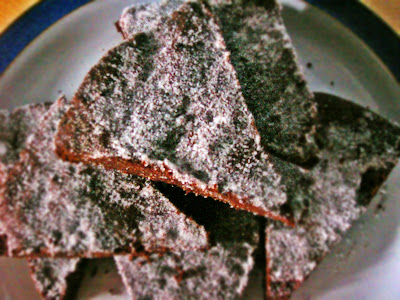 As mentioned above, I'm entering this shortbread into the Best Of British Scottish Challenge. Best of British is a monthly challenge sponsored by New World Appliances, represented by Fiona Maclean of London Unattached. Every month a different region of the UK is selected and the food entered has to represent that region. The entries for each month are entered into a random draw for a £50 Amazon voucher, and at the end of six months an overall winner is selected by a judge, with £300 of Amazon vouchers up for grabs! The Scottish challenge is being hosted by Janice of Farmersgirl Kitchen - I'd never heard of Cranachan before, but Janice made some and it looks really tasty!

Keep an eye out during the week for my Peanut Butter Slabs and my entry for this month's We Should Cocoa Challenge!