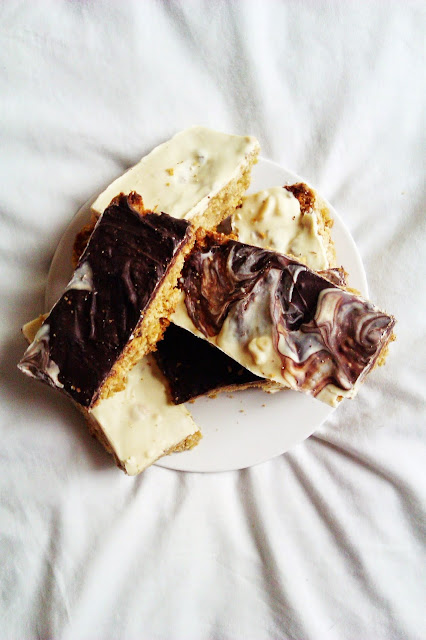 Today I made flapjacks with chocolate on top. I used a recipe from The Student Cookbook by Beverly LeBlanc (which also contains a good pizza dough recipe amongst other things), but I didn't think that eight flapjacks would be enough for five students so I tripled the recipe, but cut the butter because 540g butter seemed excessive. I also put melted chocolate on top of 2/3 of them - I would have put it on all of them but some people requested plain ones. 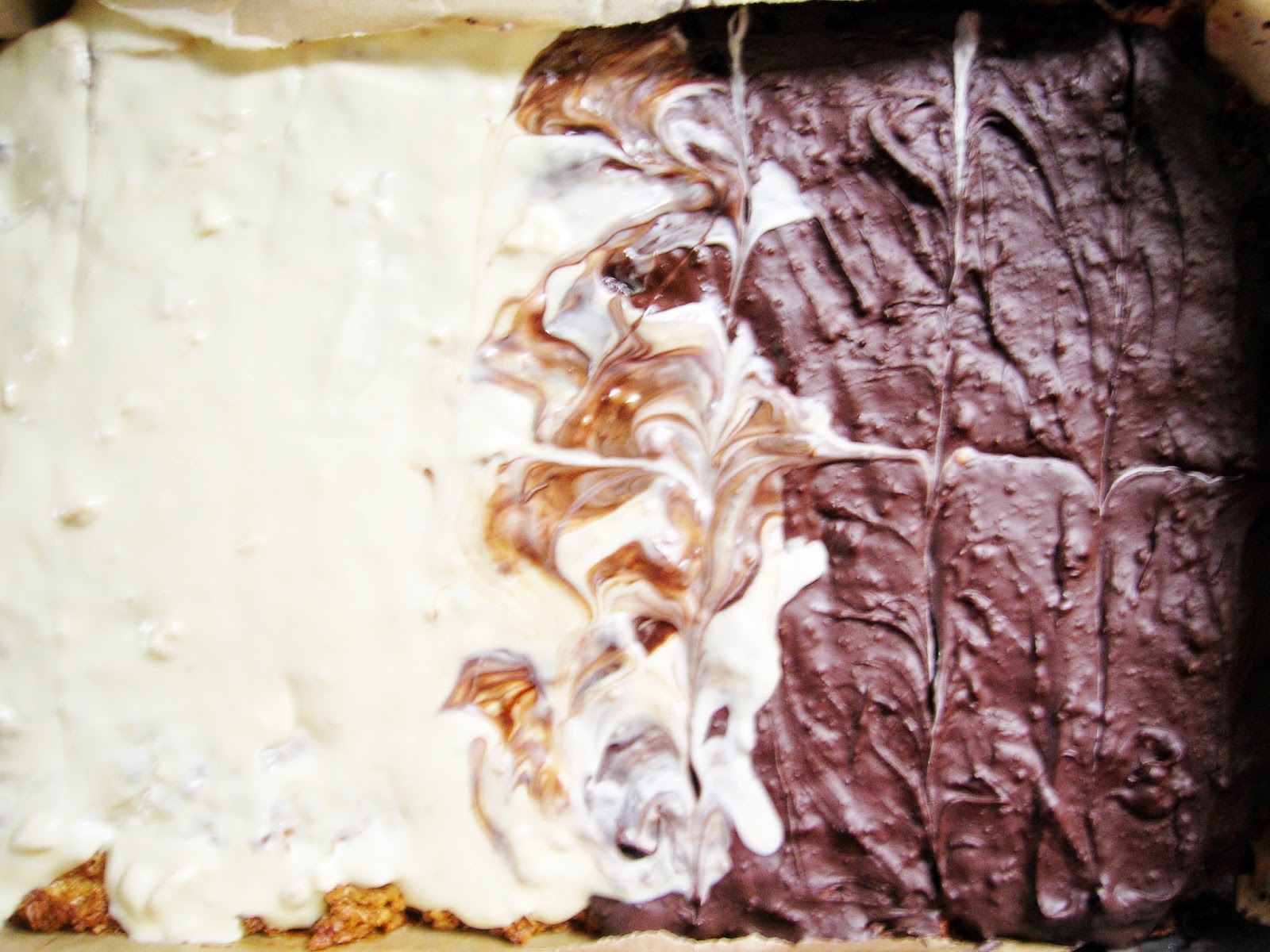 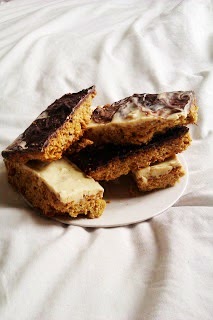 I know this isn't the most complex of procedures, but I wanted to make some flapjacks after seeing some in the Student Union shop. Nothing is priced in the union shop, so I decided I'd make some (probably nicer ones) instead of being overcharged for something that's very cheap to make.

Stay tuned, there's a rainbow cake being made tomorrow...