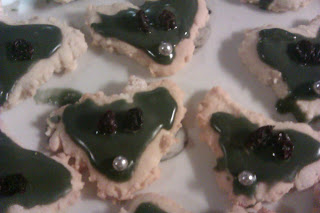 These biscuits were made in an attempt to use up the large excess of grey icing that I had left over from the New Year cake. I made the template for the mice myself, then halfway through realised that a triangular or heart-shaped cookie cutter would have sufficed, but never mind. After filling a baking tray with these little mouse heads I had a rifle through the bag of cookie cutters we have and found a bear one. Bears can be grey, right? They are now, anyway:

The bear on the right has no legs because there wasn't really enough dough left for them. He seems quite content without them, anyway.

For the biscuits I used a rosemary biscuit recipe from Emma Patmore's What's Cooking:Baking, which is pretty good for tray bakes, chocolate chip cookies and millionaire shortbread. I added about three times the amount of vanilla essence than should be ncessary to the grey icing from last week and it still tasted of nothing but food colouring. Hopefully it hasn't ruined the biscuits, though.

The cream cheese and pear sponge in last week's New Year cake was actually very nice, but unfortunately the icing didn't taste at all good so I had to advise my family members to cut most of it off before eating any of the cake. I think I'll try the sponge again, along with some (hopefully) fancy decoration in a few weeks, once the January exams are over.

The icing I'm giving you in the recipe is not the horrible mess that I described above, but a nice and non-disastrous topping. Of course you won't be limited to the colour grey so feel free to make whatever shapes you please. I'd love to know if you've made anything of your own so let me know either via the comments below or the Facebook page. 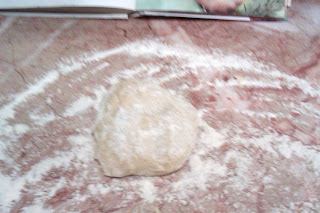 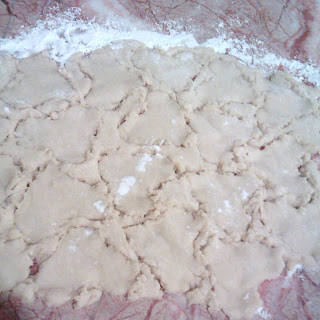 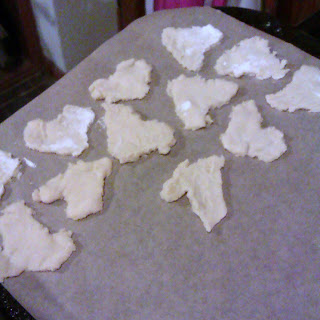 There are probably several hundred variations of this recipe, but you could make chocolate biscuits by adding  20g of cocoa to the mix in exchange for 20g flour. The original recipe replaced the vanilla with 2 tsp finely chopped rosemary, or maybe you could add cinnamon, ginger and nutmeg for a wintry spiced biscuit.
If you don't understand any of the terms I used in the recipe above, have a look at The Basics.
For those of you who were wondering, a cake and thirt odd biscuits were still not enough to dispose of the horrible grey icing, so reluctantly I threw it away because I go back to the North on Thursday and to be honest I couldn't face ruining any more recipes with it before I go.

It's going to be a busy couple of weeks: two exams and my 21st birthday! Baking is hence being put on hold until that's all over (I might make some brownies on Saturday, though, as a last baking hurrah before hardcore revision and exams begin), but rest assured I am planning some sort of boozy post-exam celebration cake for when I do return. Keep your eyes peeled for the brownies, then, and to those of you who are also sitting exams this month: I feel your pain!