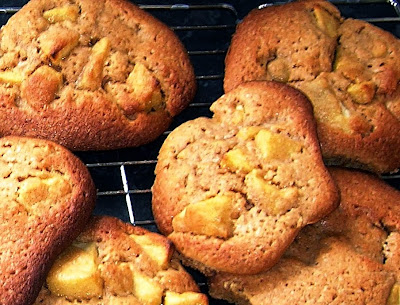 Every now and then I get a craving for something apple and cinnamon related, be it a loaf cake, a full-blown sandwich cake or, like today, some plain old cookies. These cookies don't taste plain, though. I ate one warm from the oven and it was just what I needed: the apple chunks were tart enough to cut through the dough with enough cinnamon to compliment the apple without overdoing it. Perfect.

These are the first cookies I've made where I made up the recipe from scratch: I have finally got to grips with the ingredient ratios that are involved in cookies (harder biscuits may prove to be more of a challenge) so I don't need to reference other people's recipes in order to make cookies. Hooray! 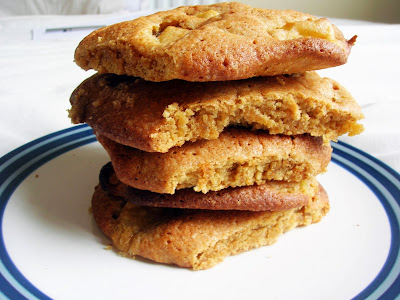 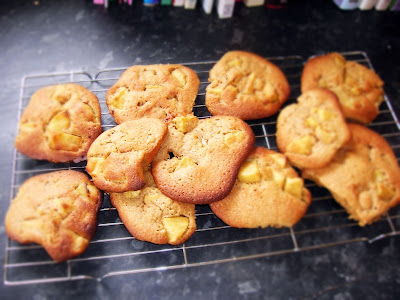 For general baking tips, don't forget to look at The Basics.

My mind is worryingly empty considering that I spent the afternoon reading a textbook, so unfortunately this will be a relatively short post. I'm sure I'll have plenty to say on Friday/Saturday when I present to you my entry to this month's We Should Cocoa challenge.

If you haven't already, I can't emphasise enough the importance that you make the Chocolate Peanut Butter Cheesecake that I made on Saturday. It's just so delicious. My mouth waters just thinking about it. Go now!