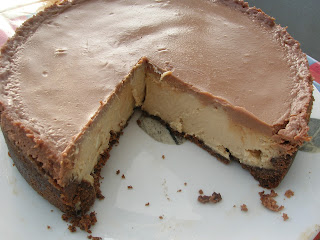 I've had Nigella Lawson's Kitchen for over a year now, but whenever I open it I still discover recipes that I have previously missed. The chocolate peanut butter cheesecake is one that I've known about for quite a while now, but I've been waiting for an opportunity such as this Easter weekend to make something so overly indulgent. What better excuse but a day of chocolate to go crazy?

I say that the recipe is indulgent, but regular readers will know that I try to tone down the fat content where I can. Because I am giving myself a 'free for all' day on Sunday I don't care as much as usual, but I still couldn't bear the thought of full fat marscarpone (you may pity or judge me as you see fit) so I used light Philadelphia instead. I also reduced the number of eggs in the recipe because, from experience (and in another attempt to make the cake slightly healthier), baked cheesecakes don't need three yolks and three whole eggs.

I can honestly say that this cheesecake is delicious. It is creamy, just the right amount of sweet and of course has a wonderful combination of peanut butter and chocolate flavours. Aside from its ability to clog your arteries, it's quite hard to fault this cake. It is very rich though, so you should be able to avoid that second slice if you want to. I would like to try it with peanuts in the base, as prescribed in the original recipe, but apparently there were none in the supermarket. Shame on you, Tesco, you're starting to get like Morrisons. 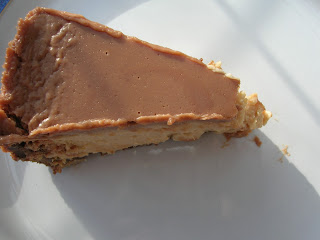 Tomorrow morning I commence my seven hour train journey back to Newcastle. I've had a good time down here, even though I wasn't able to see everybody I wanted to (right now, for instance, I'm supposed to be at a social gathering but each of the headlights on the Landrover successively died just as I was about to leave). I managed to have several pasties and squeezed in a cream tea this morning; I didn't manage any Langage Farm ice cream because I went to neither the Barbican (Plymouth's waterfront) nor Plympton (the region of Plymouth where Langage Farm's giant shop is). Still, I've managed to satisfy two out of three Devon cravings, so that's not a bad job. I also got over my fear of driving my dad's Landrover Defender. All in all, a good trip then. 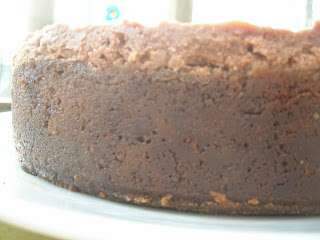 For the past few weeks I've been asking around to see if anybody knows how the date for Easter is decided, but just like me they hadn't the foggiest. The date hops around between late March and April without any conceivable reason. Surely I wasn't the only one who was curious about this?

I had Easter's inconsistency brought to my attention when I found out that I had managed to book my train home to Newcastle on the same day. I wasn't quite sure what to do about it, but then I reasoned that I'm not religious and all I do on Easter day is eat chocolate anyway, so I may as well do it whilst killing time on the train.

A quick google brought this article from the Independent to my attention, which says that the Resurrection of Christ, a Christian event, is said to have occurred three days after his death, which was around the time of passover, a Jewish event. The Jewish/Hebrew and Christan/Roman calendars are different: the Roman calendar was reliant on the Sun and the Hebrew one was dependent on the Moon. Easter hence must try to find common ground between these two calendars so it is most often (but not always...!) on the first Sunday after the first full moon following the 21st March. Apparently Eastern Europe celebrates Easter on an entirely different day to everyone else, essentially because the Orthodox church refused to take on a modern calendar. 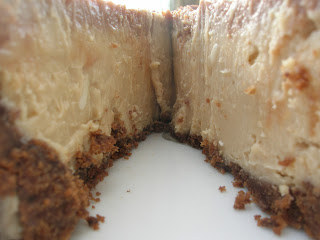 On a more straightforward note, I do advise you to make this cake. It might be a good idea to make it when it can be served to lots of people so you don't get the opportunity to binge on too much of it! 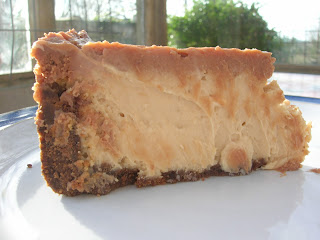 To find out how to separate eggs, look at The Basics. The leftover egg whites can be used to make scrambled egg, meringues (including Lemon Meringue Cake) or Swiss meringue buttercream. If you'd like to know more about how to make this cake better for you, go to Healthy(ish) Baking.

If you've been reading the past few posts you might be getting exasperated about when I'm going to make the cookies that I keep mentioning. Soon, I promise! I actually have plans to make apple and cinnamon ones  on Tuesday or Wednesday, and I might make chocolate chip ones at the same time. I'll see what the general consensus amongst my housemates is.