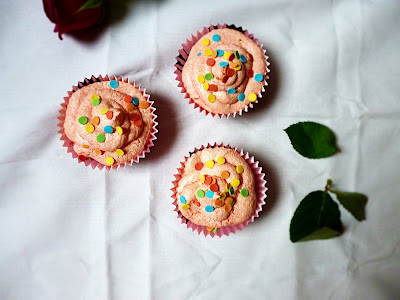 Now I know what you're thinking - do honey and raspberries go all that well together? That's what I was thinking too when I made these cupcakes. The thing is, I had to meet the deadlines for We Should Cocoa, run by Choclette at Chocolate Log Blog (and co-founded by Chele at Chocolate Teapot), the theme for which is honey, and my own challenge, Baking With Spirit, the theme for which is raspberry liqueur. Both challenges end next week so I thought that I'd combine the two and hope for the best. 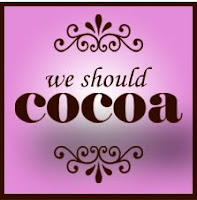 Luckily, raspberries and honey do work rather well together, though the cupcakes are quite sweet thanks to the muscovado sugar I used on top of the honey in the cakes - I've left it out in the recipe below. My one real issue with the cupcakes is that I had to add rather a lot of the liqueur to the icing to get a good raspberry flavour, which led to it splitting a little bit. If I had access to the fabulous ingredients that food manufacturers use this wouldn't have been an issue, but as it is it left the icing looking a little grainy. 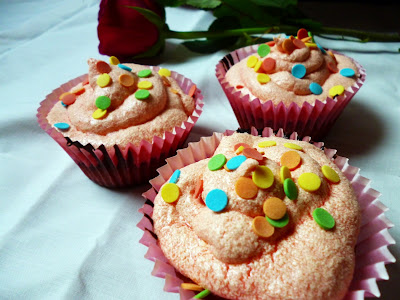 Despite the problem with the icing, I still found these cupcakes to be light and delicious. I do prefer the milk chocolate version of this icing because it is less sweet, but then I wouldn't have been able to make such delightfully/sickeningly pink cupcakes. And that would be no fun. 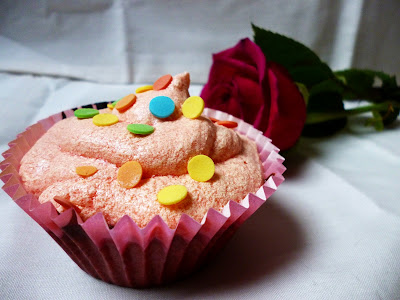 For the icing
Recipe 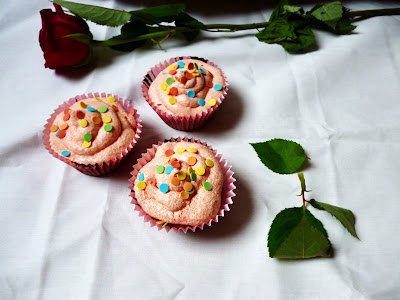 I have big plans for next week's cake - I've been planning it for about two weeks now. I hope it all pays off!