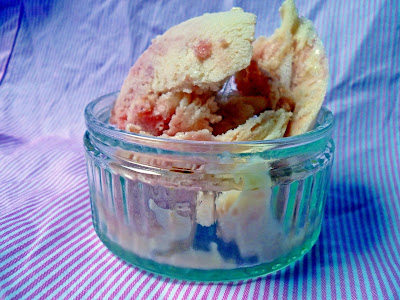 Is the term 'FroYo' out? If so, I'm totally bringing it back, such is the refreshing feeling given off by this recipe.

Here in Newcastle there is a distinct lack of FroYo (Frozen Yoghurt) availability. One shop did pop up for a while in the main shopping centre, but to be honest the owners probably didn't think it through because they opened it in mid February. I, along with presumably many others, saw this shop and though to myself "Hey, I'll totally buy something from there when summer comes around!"

Unsurprisingly, though, the shop was no-longer there when summer eventually rolled around, and Newcastle remains FroYo-less. 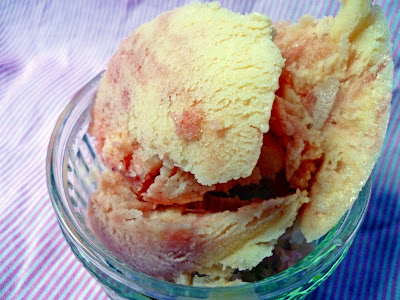 I made this several weeks ago, and was looking for something that wouldn't require an ice cream maker since I hadn't yet 'borrowed' my parent's one from Devon. A bit of googling led to Mary Berry's No Churn Ice Cream on BBC Food's website. She gives a whole list of ways to flavour your ice cream, but I wanted to try my own idea out. And I wanted FroYo.

I had some strawberries in the freezer, and, knowing that they don't thaw out very well, decided to make them into a strawberry coulis of my own design. I added this to Mary Berry's recipe (exchanging cream for natural yoghurt) along with a nice dose of rum to try and replicate a Strawberry Daiquiri cocktail, though my sources tell me that it also requires lime. Feel free to add some lime zest to your strawberry coulis and/or your FroYo mixture. 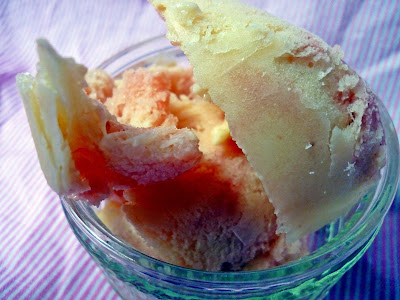 
For the FroYo
Recipe 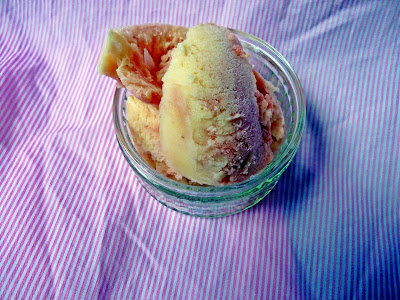 I realise that, through my enthusiasm for FroYo, I've made it sound like I'm the new face of some company that goes by the same name. Really though, I do just love the stuff.