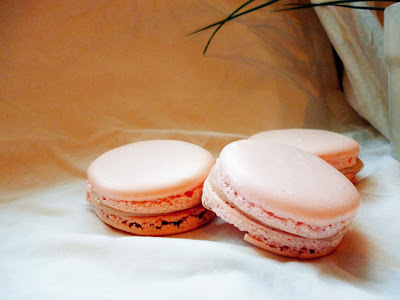 I love pink. Last season's fashion affair with all things baby pink really hasn't helped. All things in moderation and all, but a flash of pink is just dandy with me.

I turn 23 a week today. I'm one of those people who gets far too excited about their birthday, so you're all just going to have to go along with the excitement until the celebrating is over. One way I'm planning on celebrating is to make a very pink cake: pink Swiss icing; white fluffy sponge; and to top it off, pink macarons. I wouldn't class it as a birthday cake as such, just a cake for me to celebrate with.

I feel like a bad villain in that I'm telling you my grand plans, and that now they'll inevitably fail, but I just wanted you to know that I have bigger plans for these macarons. They are just the start! 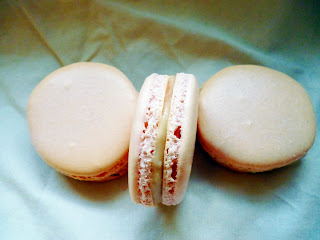 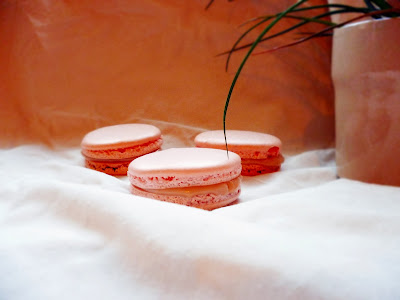 If you need any extra help with macaron making, Stella at Bravetart is your girl.

This month's Treat Petite challenge, hosted by Kat at The Baking Explorer but co-founded by Cakeyboi is 'Free From'. Macarons are so light as air because they are free from flour, so I feel they fit into the challenge. 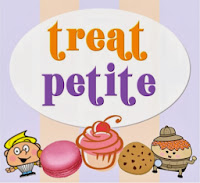