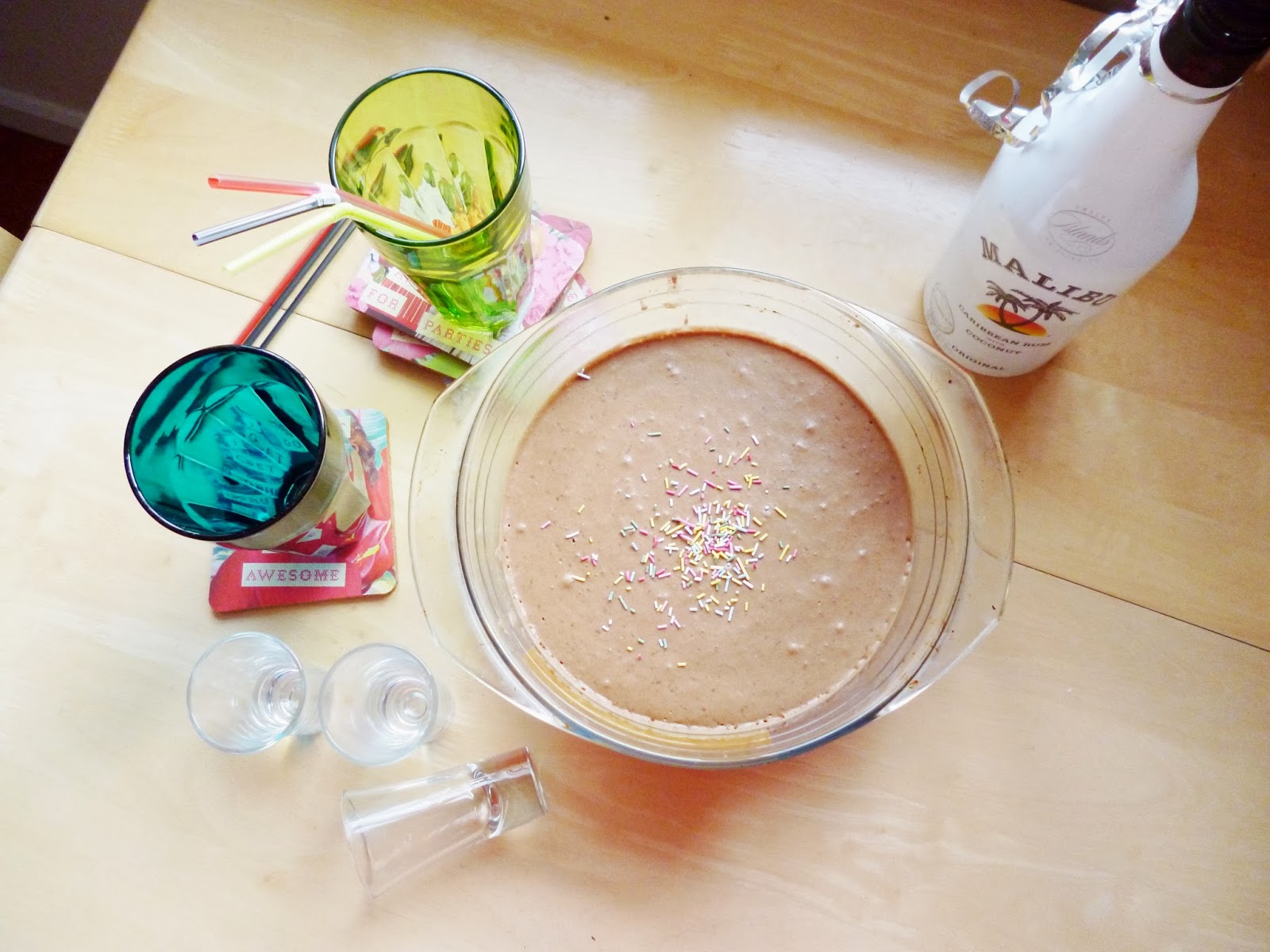 For as long as I can remember, sugar was a key part of my day. Pudding was necessary after dinner and most often lunch as well. It was of course more habitual than anything, but I saw no real reason to give it up. I had to ban myself from buying certain things though; I found I could easily get through a 100g chocolate bar in one sitting, and chocolate spread was a dangerous thing to have in the house when it was so easy to eat it by the spoonful.

Before Christmas I found myself getting rather tense over events I won't bore you with, and the tension completely eradicated my appetite. I really couldn't eat for about a week. Even once I had managed to dissipate the tension, this lack of appetite remained in some areas of my diet more than others. Most prominently, my desire to eat pudding all the time completely disappeared. I just wasn't interested.

I don't know if it was a psychological thing, or if not being able to eat a lot for several days reset my physiological requirements, but now I eat a lot less sugar than I did a couple of months ago. Whatever the reason, this has had an impact on my desire to bake, which is why I've been a little bit quiet around here lately. With my flatmate being a lot pickier with food than I first thought and not being able to bring cake into work all the time in order to maintain the Cake Monday rota, baking has also felt a little bit unnecessary.

Don't panic; I have no intention of going anywhere. Where I can, I will still try to ensure that Cake Of The Week is updated at least fortnightly, though ideally I try to do it once a week. This is just my explanation of one of the reasons why things have been a bit quieter round here than I would like. Of course, working almost every Saturday of the year so far and then going out that evening has also limited the time and energy I have for blogging and baking, but things at work look like they might be about to calm down so normal service should be resumed shortly. 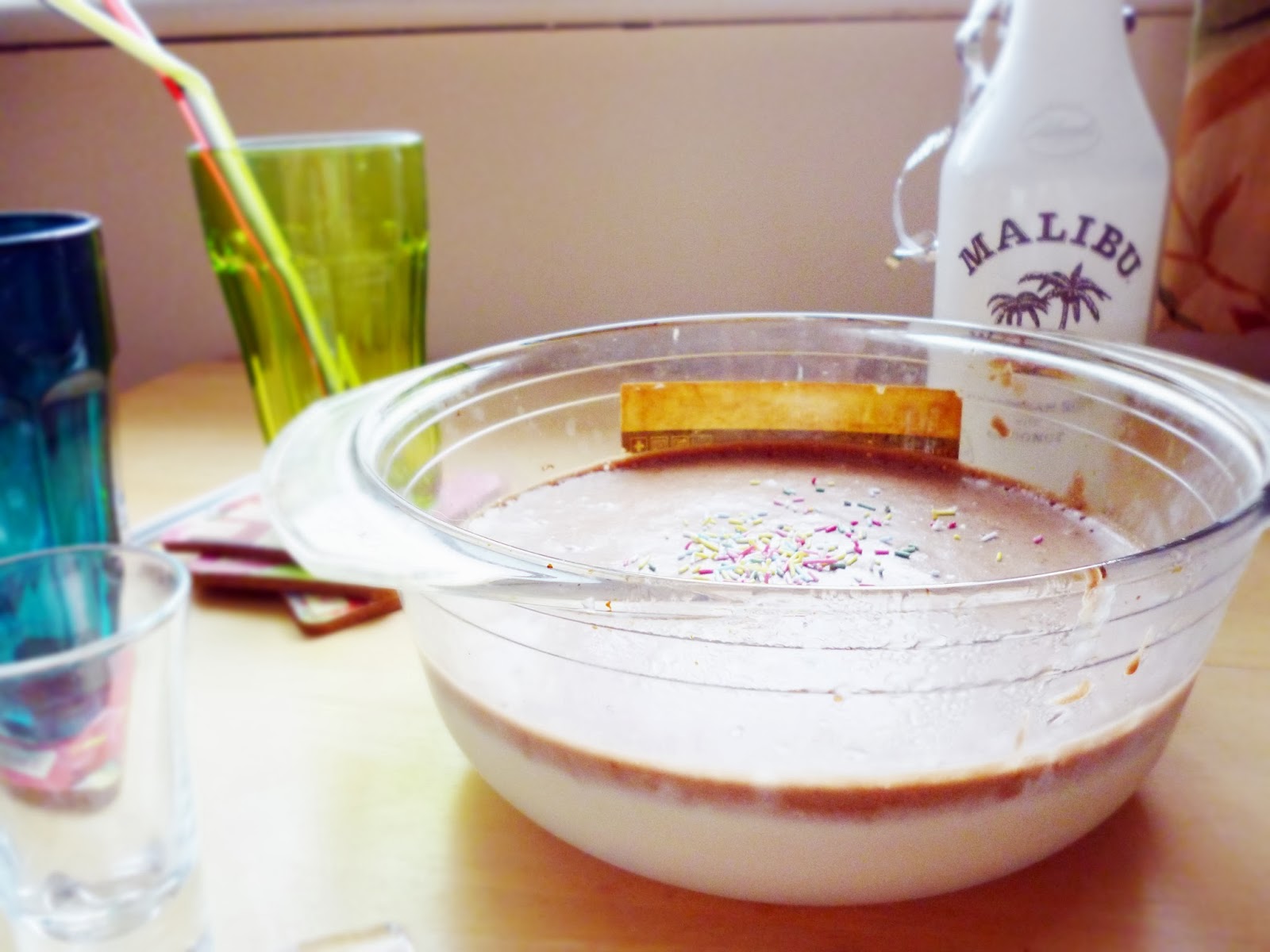 In the mean time, how about you make this Crustless Malibu Chocolate Mousse Cheesecake? You can add a crust if you want to (recipe here), but it's my least favourite part of a cheesecake so I thought I'd just go crazy and leave it out. You have to make this, though, because it is basically heaven in your mouth.

The recipe for the mousse topping was imparted to me when I did GCSE Food Technology. We had a really great teacher who gave us all a booklet full of recipes, from the basics to the more challenging. In it was an incredibly simple chocolate mousse recipe, and though I think I lost the booklet when I moved out of student halls it has been branded into my mind ever since I first tried it out. The only thing to remember with this recipe is that it uses raw eggs, so it would be inadvisable to feed the mousse to young children, pregnant women or the elderly.

This is a really great cheesecake (if I do say so myself) and it is incredibly simple to put together. It would be great for dinner parties because it can be made as far in advance as the dimensions of your fridge will allow.

Recipe
Note: My cheesecake was less set than I would like so I've added an extra leaf of gelatine to the recipe above. If, however, you'd prefer a more pudding-like consistency (as in the picture below), just use two. 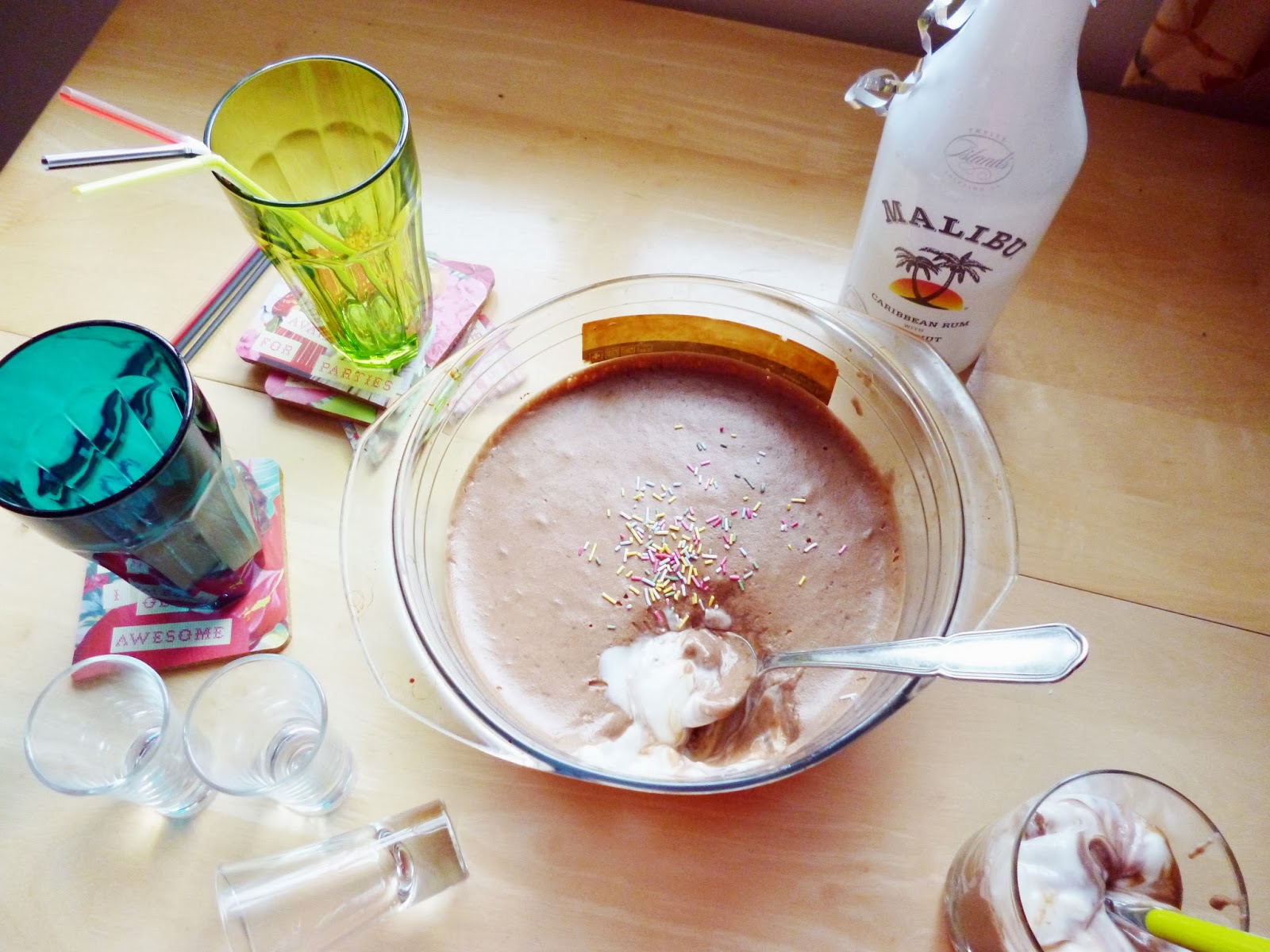 I'm entering this into my monthly challenge, Baking With Spirit. The challenge this month is light spirits and the deadline is the 28th. If you're interested, you'd better get on it!