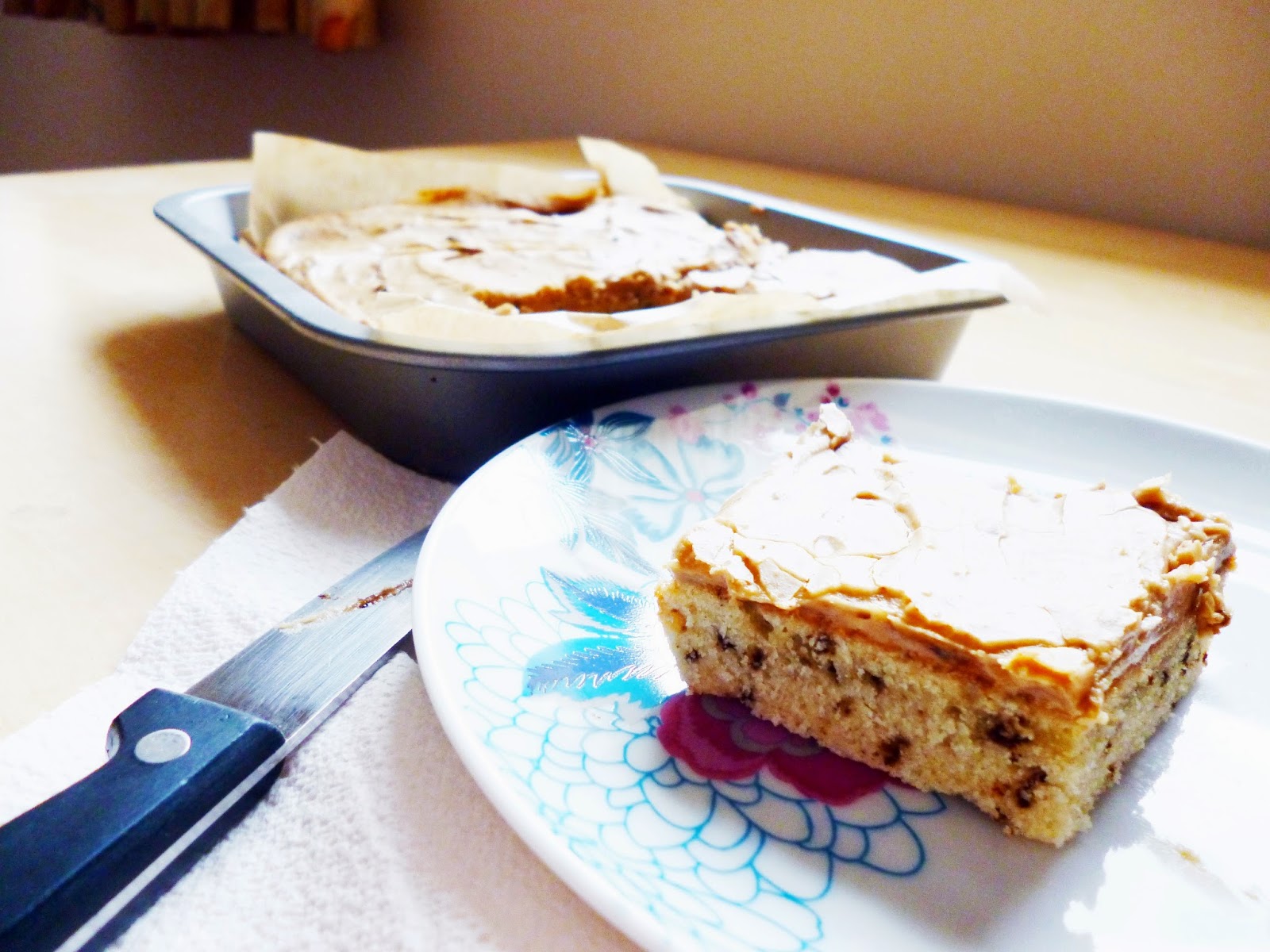 This is a cake that is easy to throw together at the last minute and can be eaten at almost any time of day. The only time of day that I would personally avoid is in the evening, because I have quite a low caffeine tolerance and like being able to sleep at night. 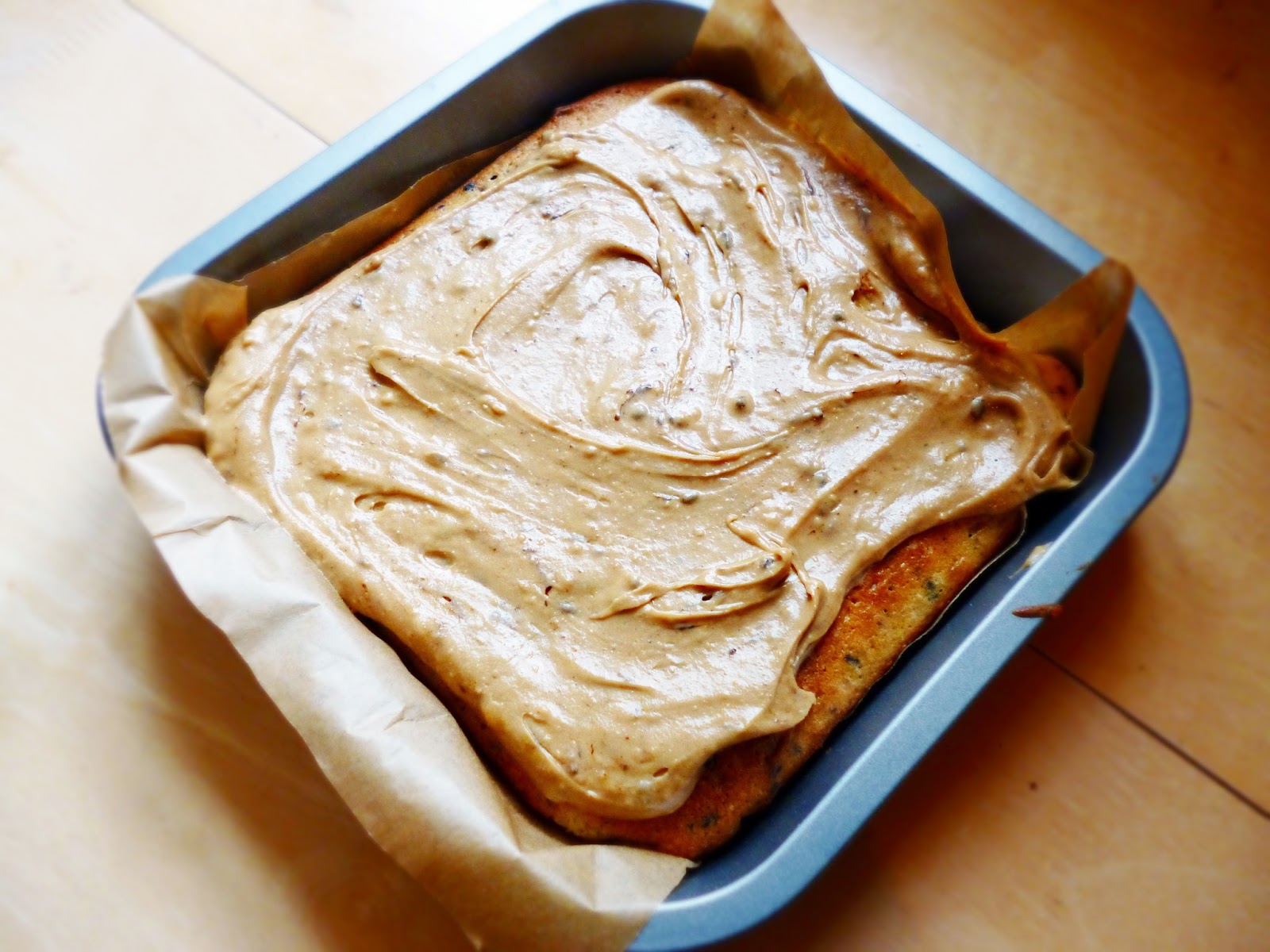 I brought this cake with me on a trip to see my cousin in Burgess Hill. He liked the way that the coffee granules melt in your mouth, giving little bursts of caffeine. I think he must have liked it quite a bit because he had two pieces even though we were on our way to get lunch. 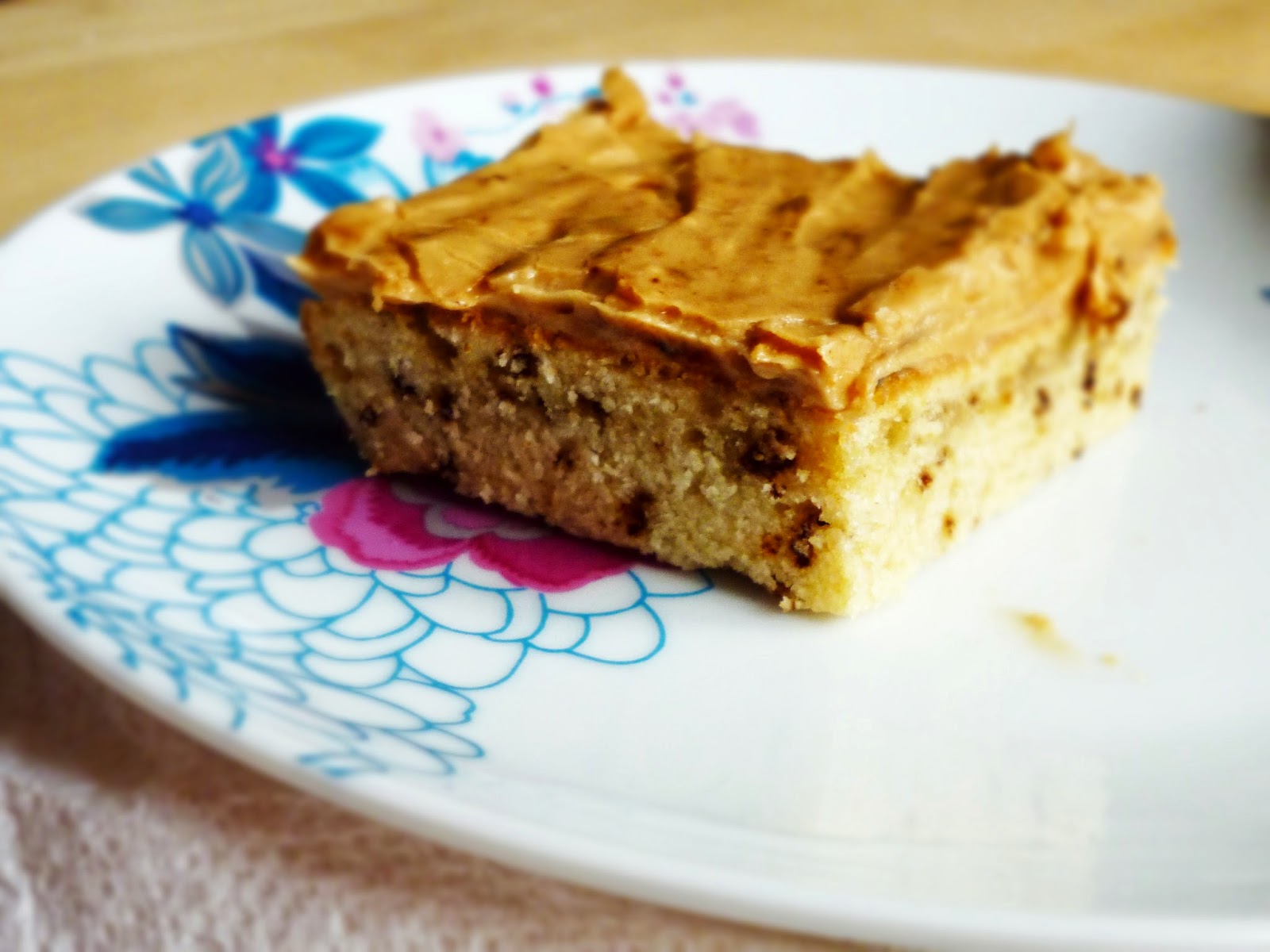 As always, this was a throw-together-invent-as-you-go kind of cake, even though it is based on my standard cake mix. I chose to throw the instant coffee into the batter without dissolving it first, which is what gave the bursts of caffeine, but if you don't want a speckled cake then go right ahead and make an espresso first. The icing is flavoured with hints of cinnamon and vanilla along with the coffee, giving the cake a bit of depth and harking back to my penchant for flavoured coffee. 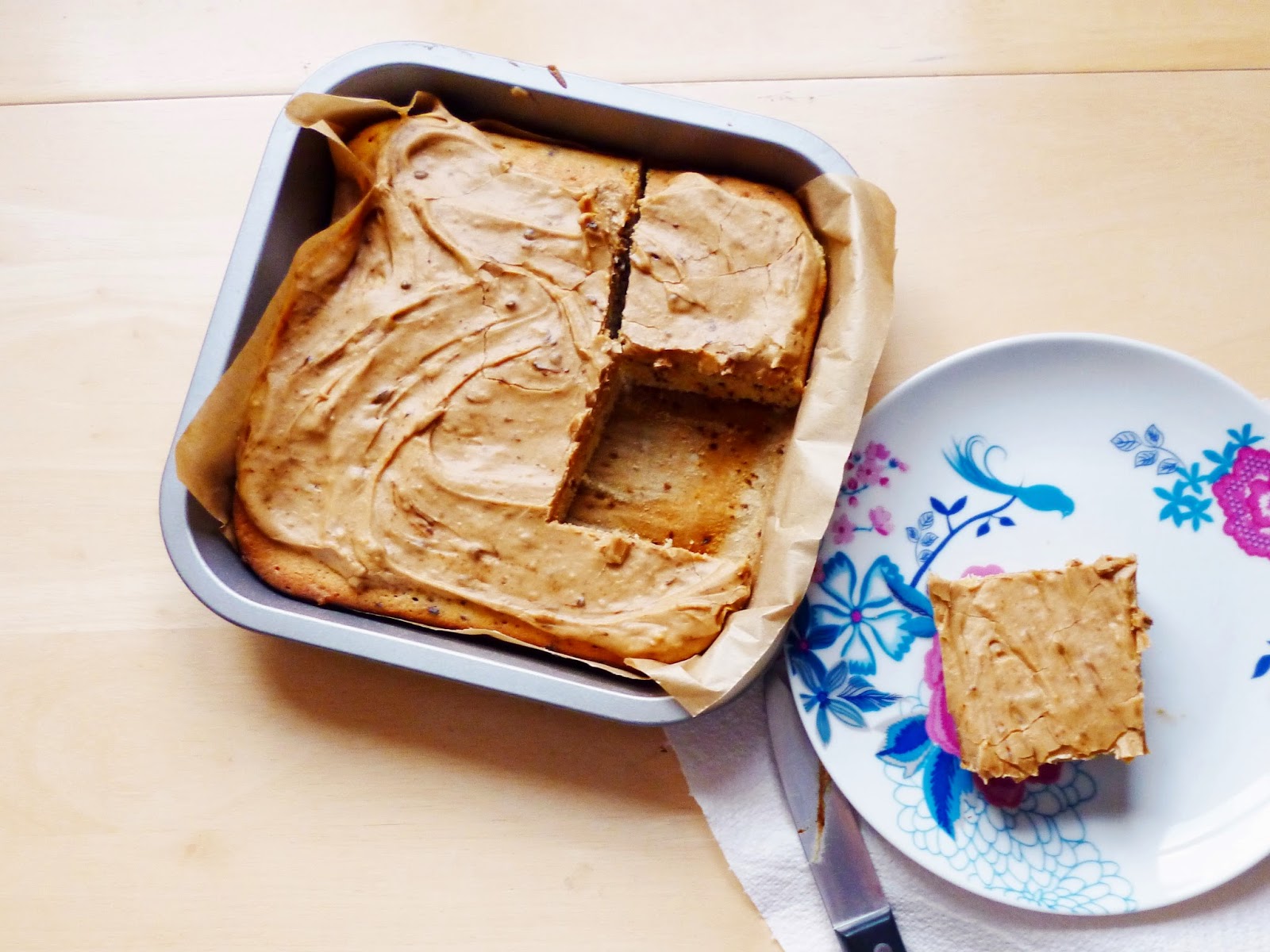 Recipe
For the cake:
For the icing: 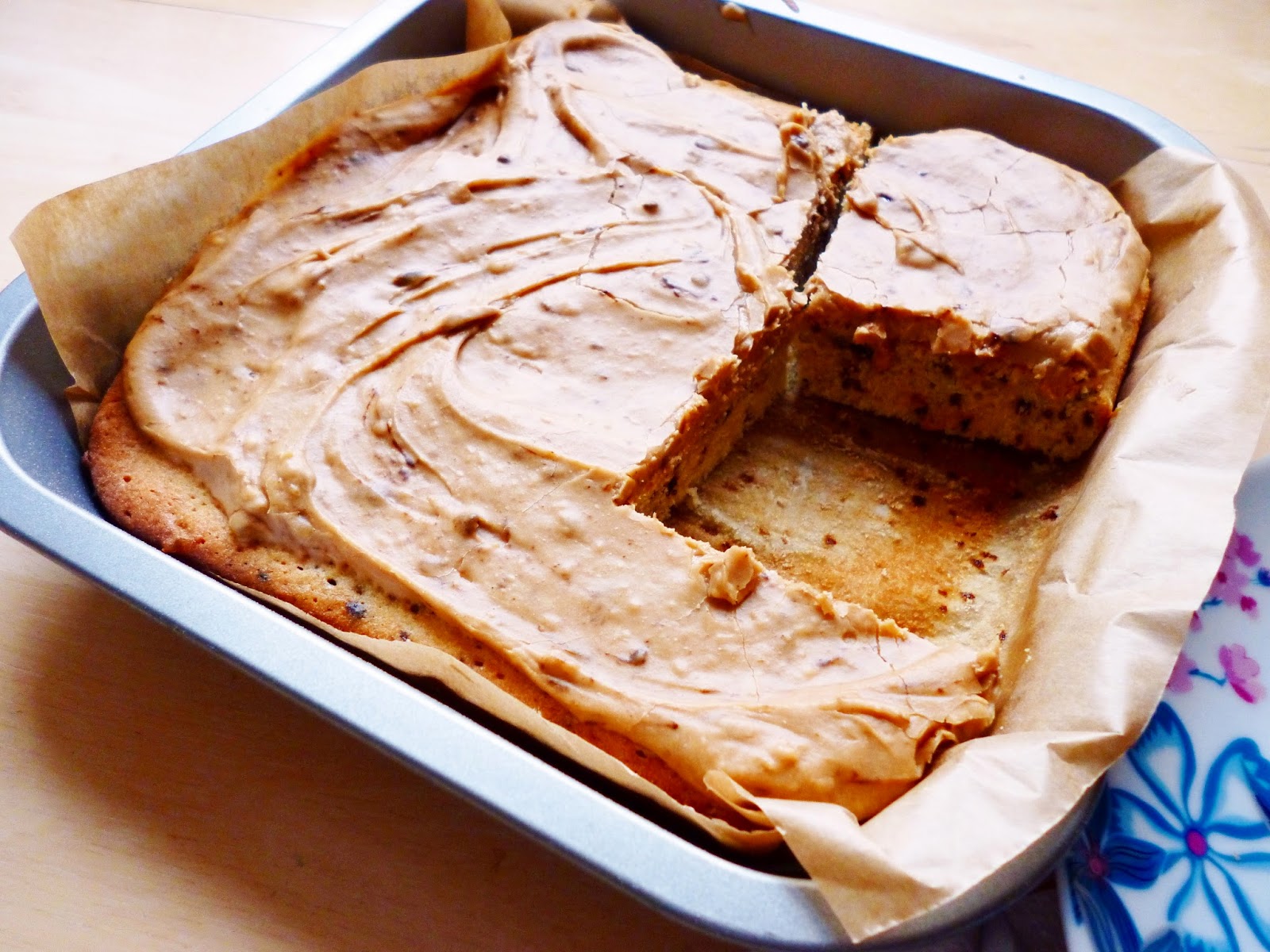