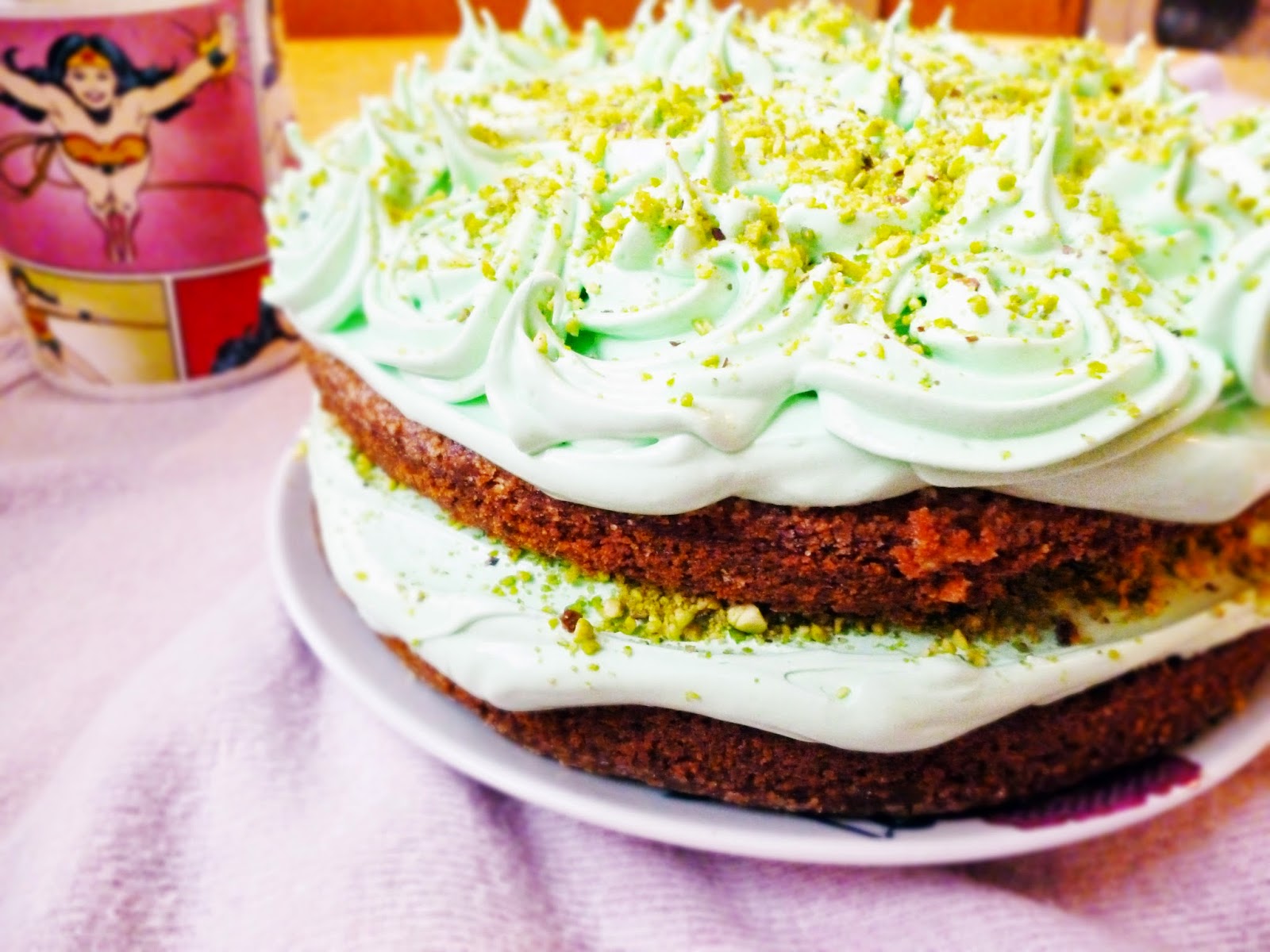 It's been a couple of weeks since I broke the news that I was dropping Baking With Spirit in its original form and splitting it into two new features. Baking With Spirit: Spotlight is designed to showcase other bloggers' boozy bakes and let me have a go at them. An unexpected, though perhaps it shouldn't have been, result is that I can work through my mammoth favourites folder full of alcoholic cakes to try.

This Orange Liqueur & Pistachio cake was originally posted by Ellen at Bake It With Booze. This is one of my favourite blogs for alcoholic baking inspiration, so it seems appropriate that I kickstart this feature with one of the cakes from Bake It With Booze archives.

Not only are they lovely people (and fellow scientists - yaay!), but Ellen and Jaqueline really know what they are doing when it comes to adding alcohol to their baking. I highly recommend that you take a gander over at their site, as there is just so much inspiration.

This Orange Liqueur & Pistachio Cake has been bookmarked for some time, and I'm glad that I finally adapted it. This cake is also known as Watergate Cake because a scandal involving Richard Nixon occurred at the same time as pistachio pudding was introduced by Jello. The cake made by Ellen actually includes this pistachio pudding mix, but we don't have that here in the UK so I had to make do with regular pistachios. The recipe also involves boxed cake mix, which would actually be more effort for me because I keep cake ingredients in my kitchen and would have to go out specially to buy the mix. The final change that I made was using Seven Minute Frosting (I also discovered this at Bake It With Booze) instead of a more traditional buttercream. 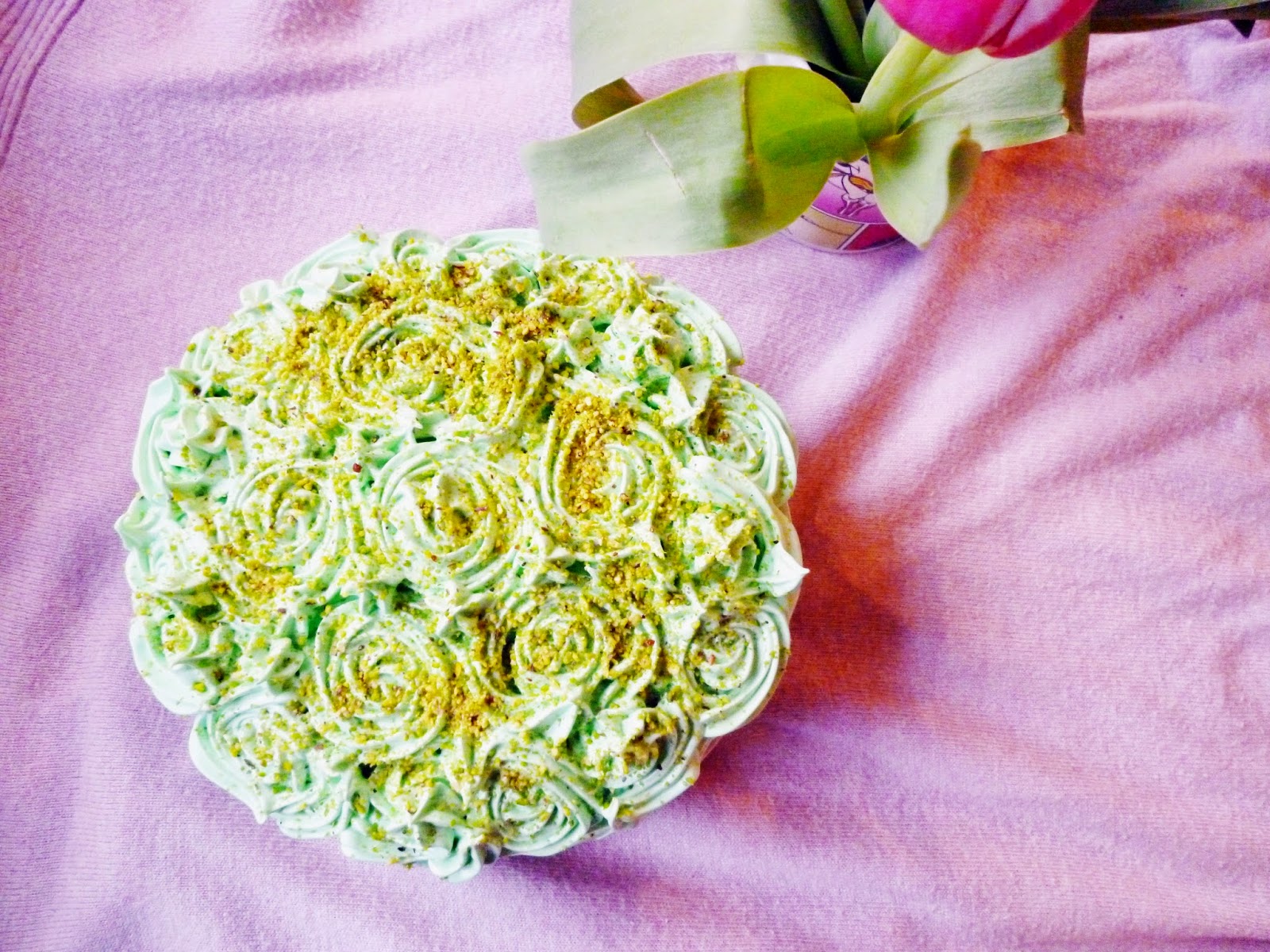 The cake has a fantastic crumb texture because of the pistachios used in the batter, and the Seven Minute Frosting keeps it light. The frosting is almost like Marshmallow Fluff in consistency. The orange flavour comes through subtly but clearly, and the orange liqueur even dyed the sponge a light shade of orange. I would recommend this cake to anyone; I think it would be great for afternoon tea. If you wanted to serve this to kids, you could use orange zest and juice instead of the liqueur. 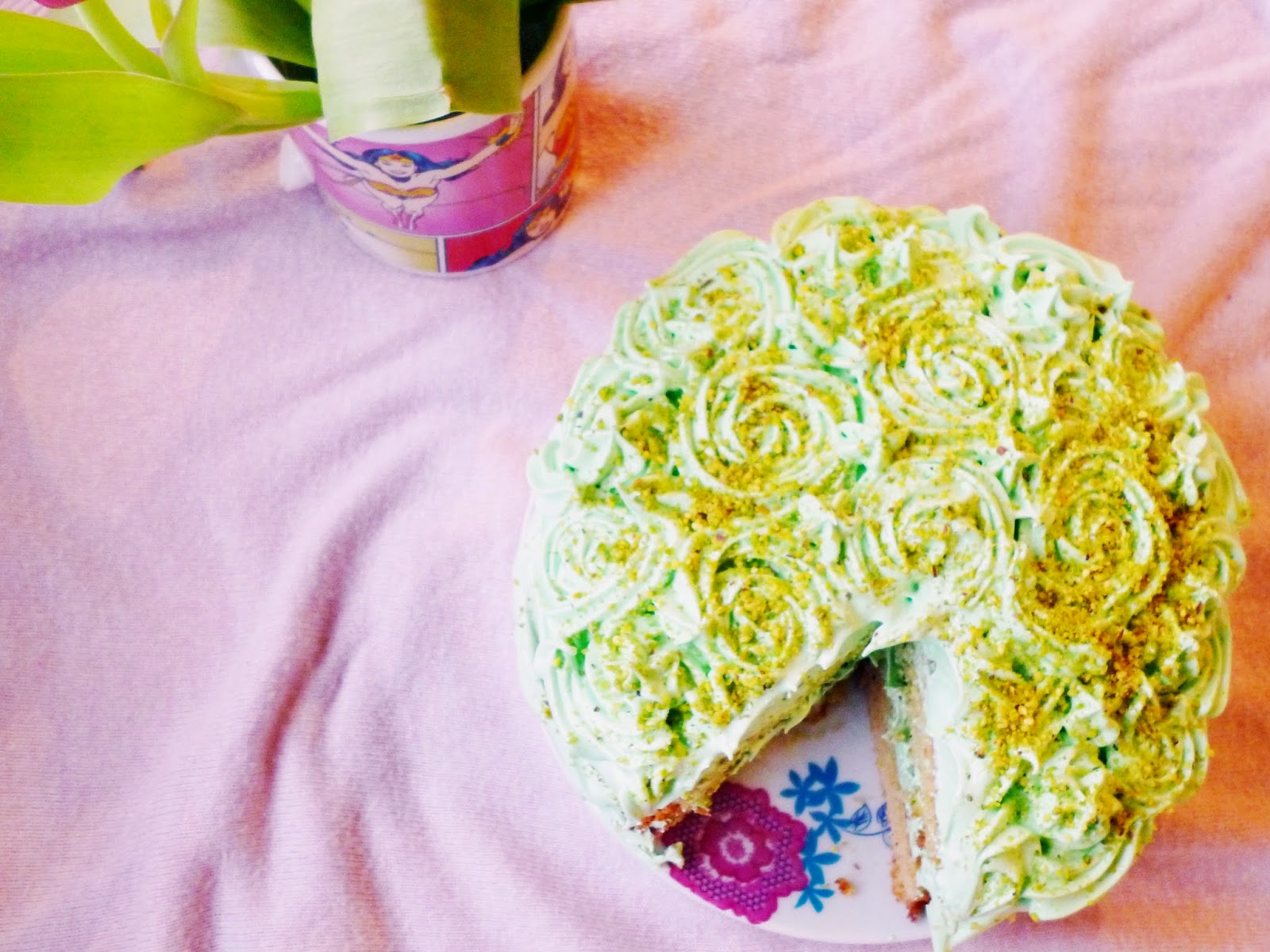 I have given my adapted version of the recipe below, but if you can get your hands on pistachio pudding mix then I am sure the original would work just as well. You can find the Seven Minute Frosting recipe here; I used orange liqueur instead of Midori and used a green gel food colouring. My cake has been on the kitchen counter for about 24 hours and the frosting has held so far, so there is no need for refrigeration. 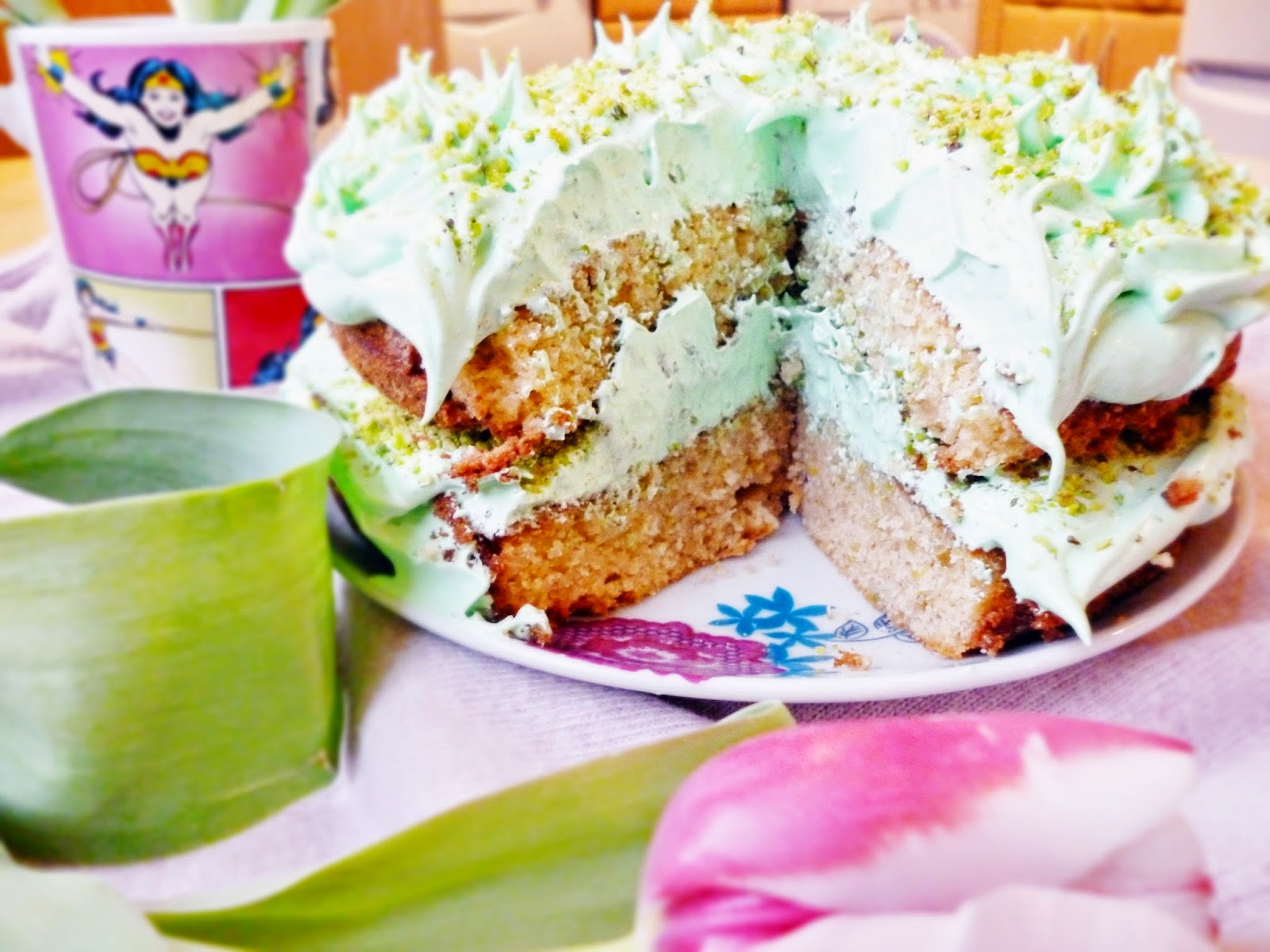 Disclaimer: No, I was not paid to promote Wonder Woman  in this feature; I just really like my mug-turned-vase.