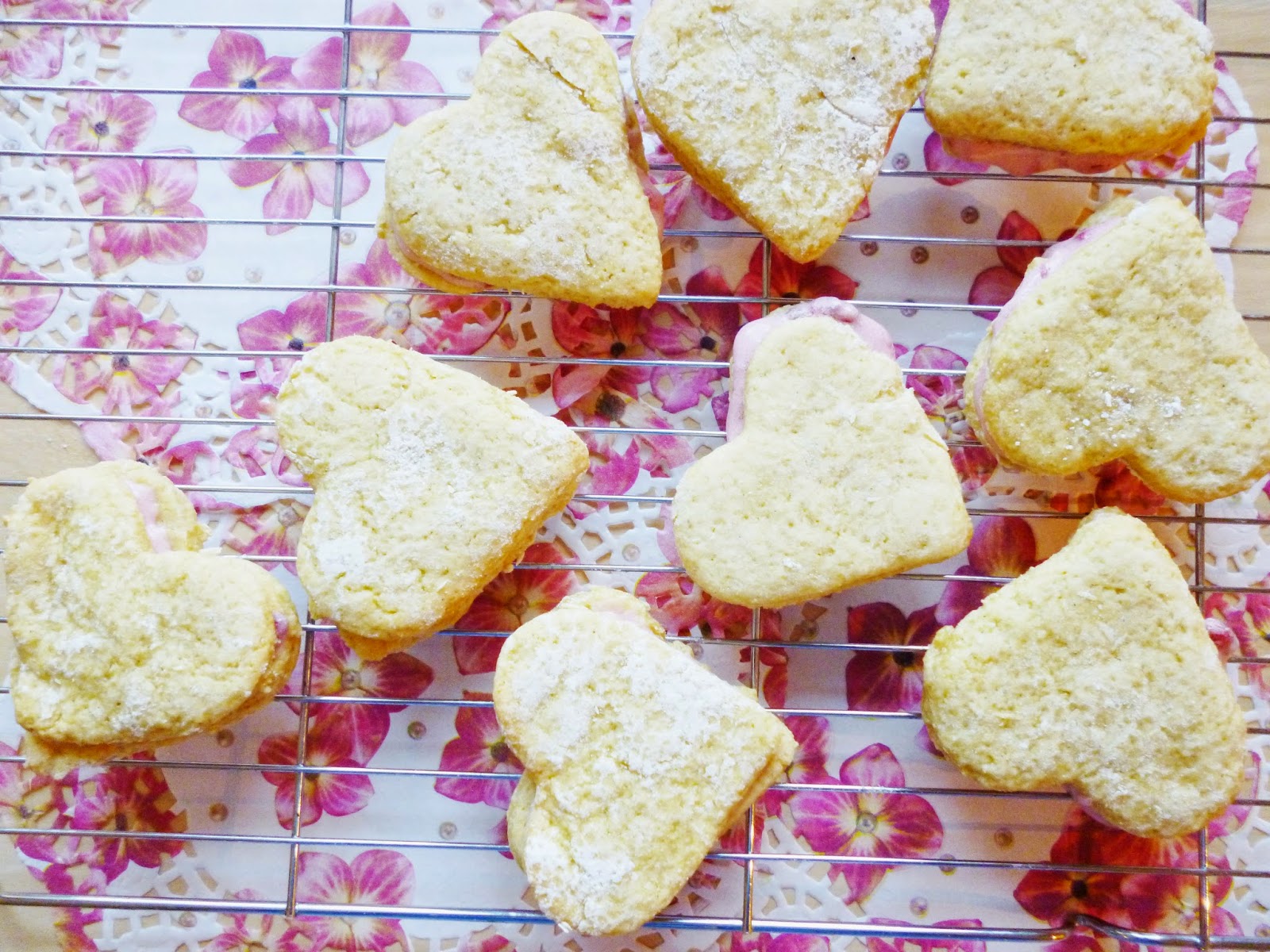 My mother has long had the habit of buying me random things at Christmas - I've told her about this, so I feel it's ok to write about on the blog. One year I received juggling batons, another I received a plastic credit card holder (though I had nowhere to hang it and was too young for credit cards), and another year I received the flowery doilies that you see in the background of the image above. I am always eternally grateful for the gifts that I receive, because I know that some people are not lucky enough to have the luxury of calling a gift 'random', but I never know quite what to do with these.

Unlike the juggling batons and credit card holder, the doilies have somehow stayed with me through at least two moves, and were hidden in my wardrobe until a couple of weeks ago when I was doing some spring cleaning. Now that I have Cake Of The Week, and have learned how a bit of creativity with photography can go a long way, there may finally be a use for them. And so, now you have read the story of the flowery doilies in the background of today's photographs. You're welcome. 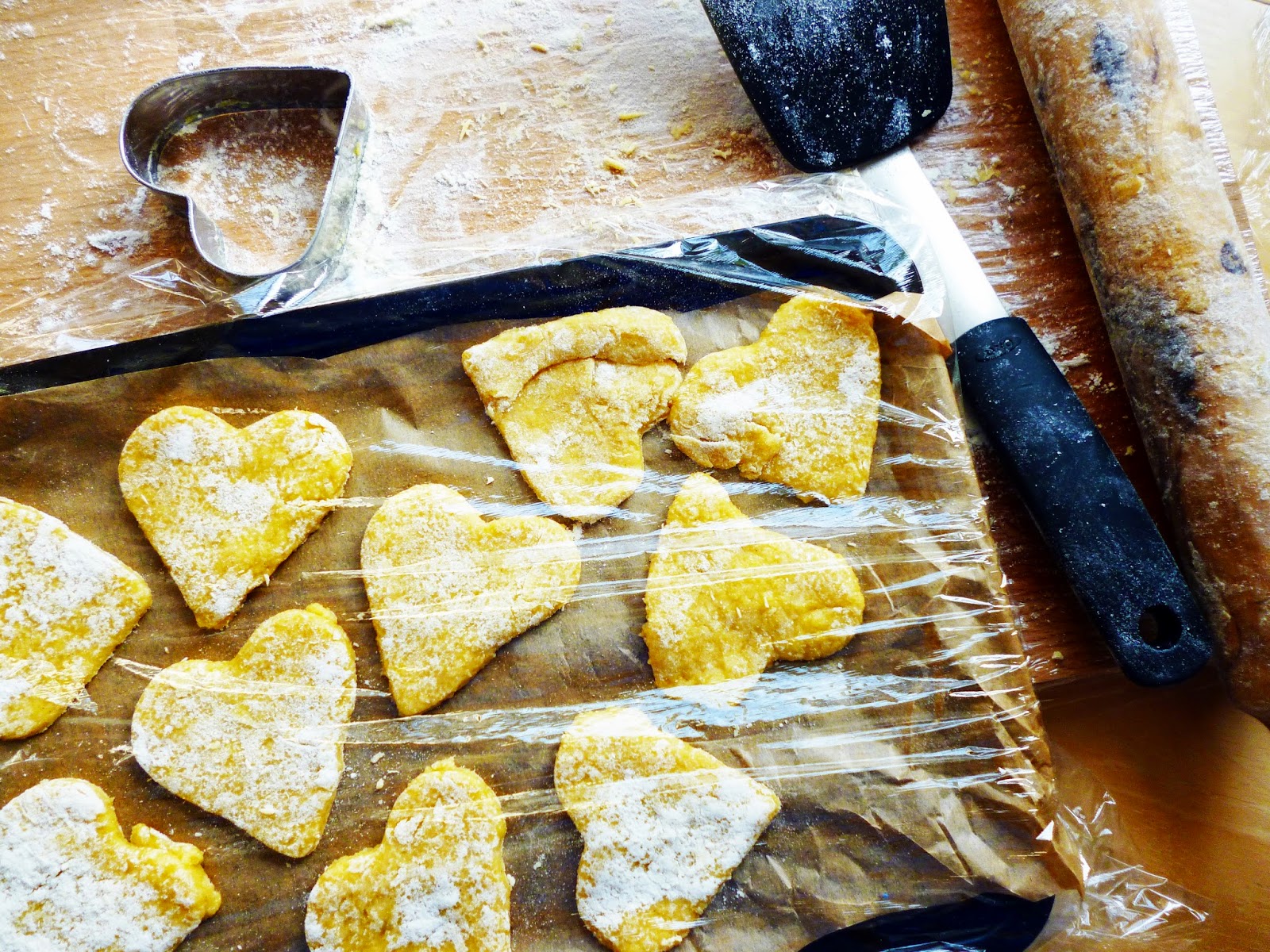 As long-time readers may recall, I have been stuck with just two cookie cutters for a while. I often gaze at cookie cutters on display, but they never seem good enough to expand my collection (to friends and family who are reading this: yes, that is a hint). 3.5 years into this blog, however, and I still only possess a heart cutter and a dinosaur cutter. Both, I'm sure you will agree, have limited value. I felt that the hearts would hold the icing better, and I wasn't really in a mood to fiddle with the dinosaur cutter and worry about making legless dinosaurs.

The icing was the sole reason that I made these biscuits, to be honest. While the frosting recipe I often use (based on a Sweetapolita recipe) has never failed me before, this time I just could not get it to set. I tried to help it set by adding copious amounts of icing sugar, but the frosting was still way too sloppy for my liking, and there was now twice as much because of the volume from the added sugar. I did my best with the cupcakes that the frosting was intended for, and then decided to jazz up the remainder with some raspberries and sandwich it between some vanilla biscuits. The result was actually pretty good, and rather attractive to boot. Because it's unlikely you'll replicate my frosting disaster, I've given a buttercream recipe that will be guaranteed give the same results, but with much less strife. 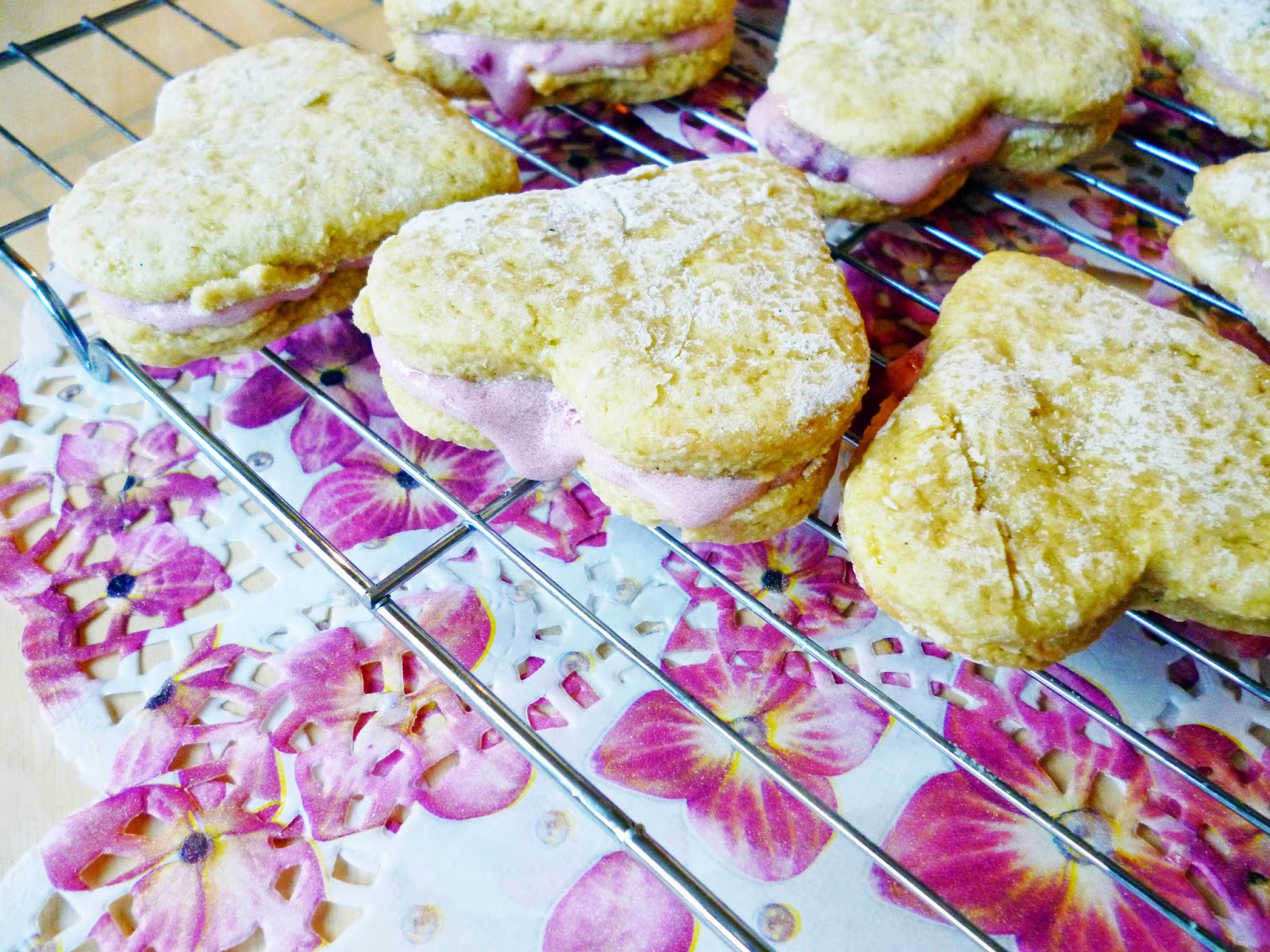 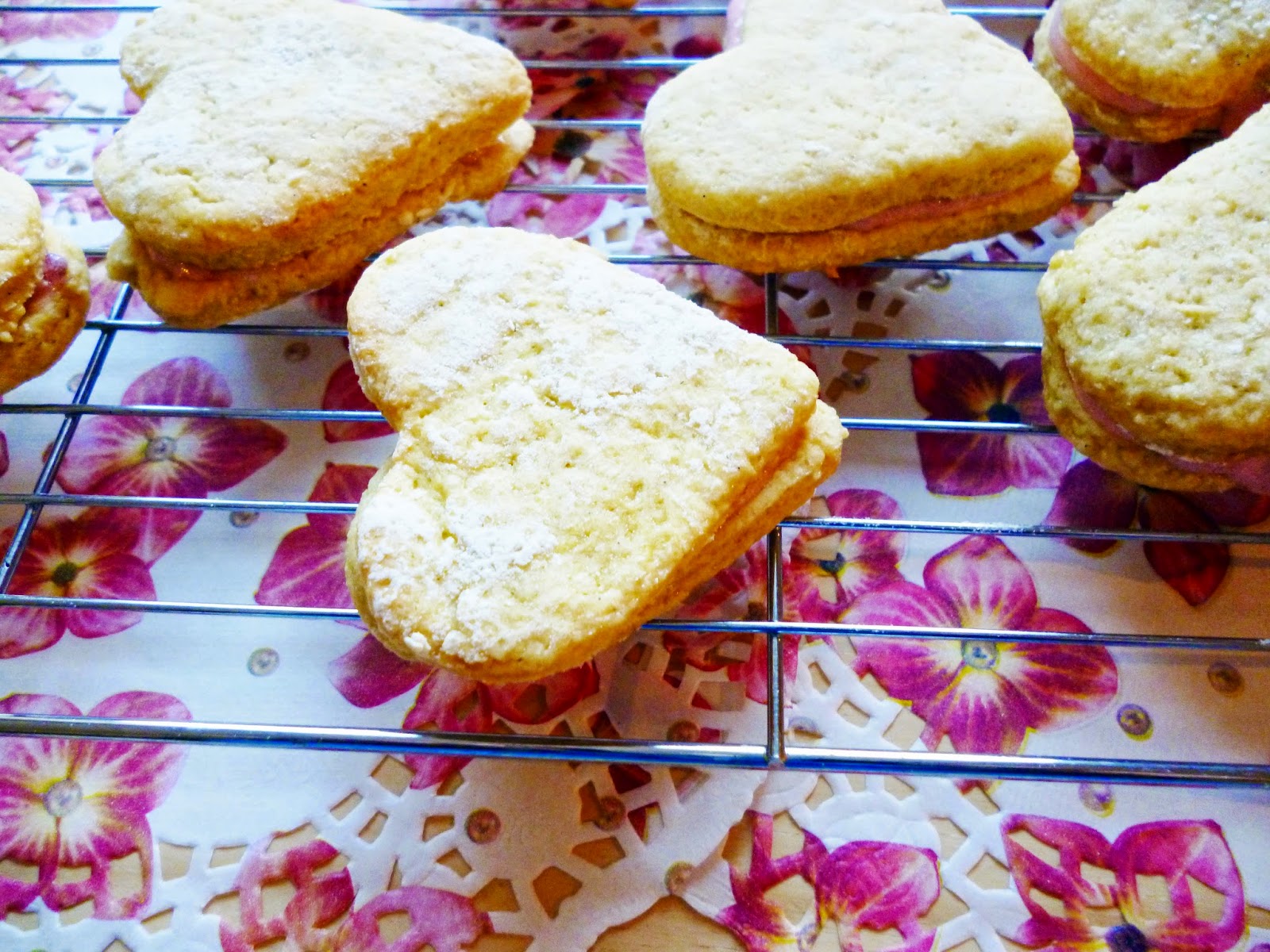