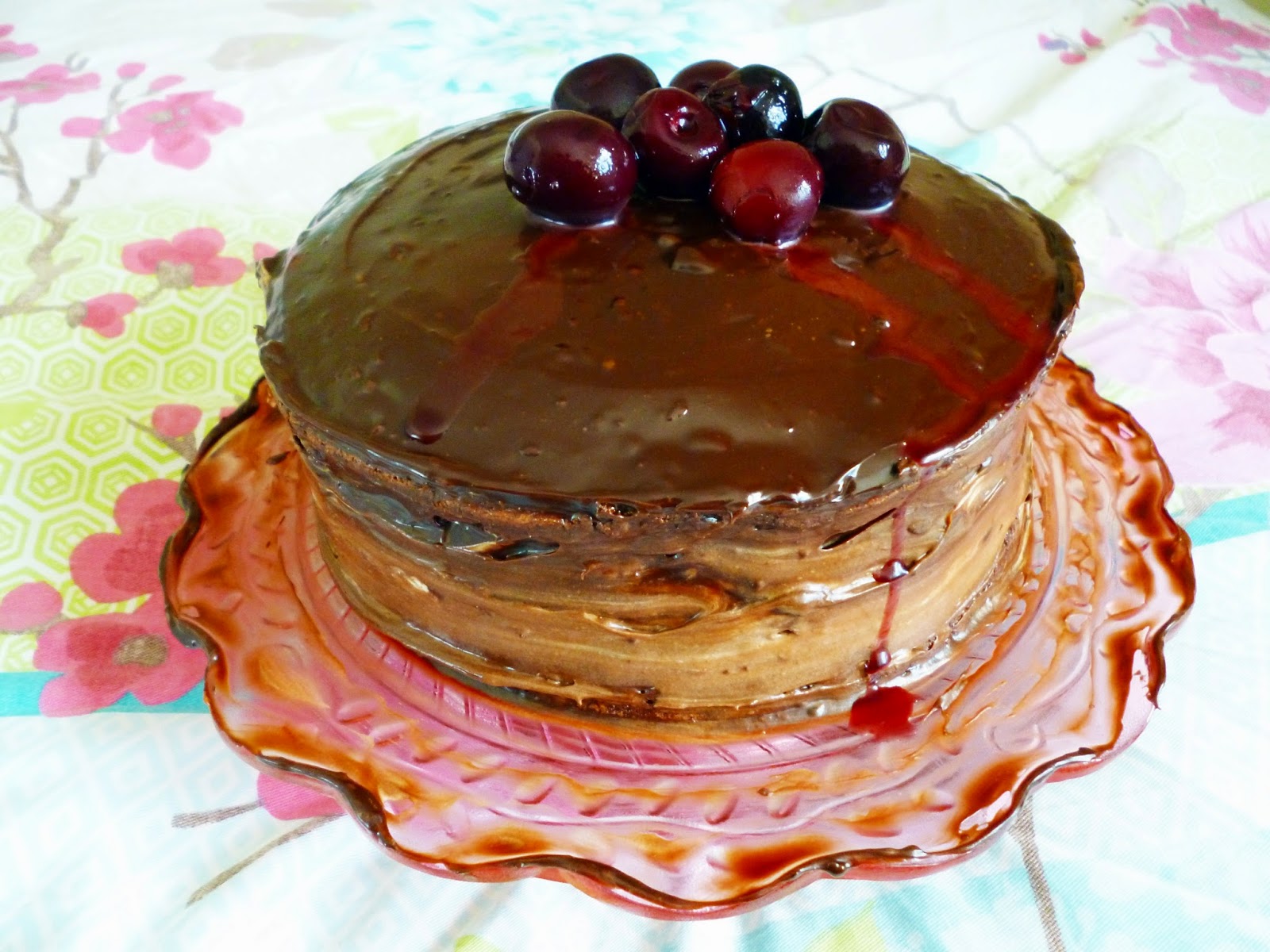 It's just as well that this cake is low fat, because I decided to serve it (i.e. try to get rid of most of it so I can't eat it all) at a Monopoly evening that I hosted for some friends this weekend. Not only was there cake, but there was cheese, guacamole (plus crackers) and beer. As always, the Monopoly game was just there as an excuse to get together, and I'll come clean with you all and admit that I cheated. I am not at all competitive, so while those who are competitive got tense and serious, I cared less and less about the game in hand. I freely admit that I stole from the community chest. Judge me as you see fit.

I've decided that frozen pitted cherries are my new best friend. Cherries are probably my favourite fruit, but are often very expensive to buy in abundance (usually £10/kg, approx £5 for 1lb) and are painstaking to pit by hand. Frozen cherries are comparatively cheap, and available year-round to boot. As an added bonus, because they can be bought pre-pitted, all the hard labour has been done for you. I should probably have found a way to get this post sponsored by frozen cherries (but, alas, I didn't have the forethought), because I am just so damn excited about them right now. 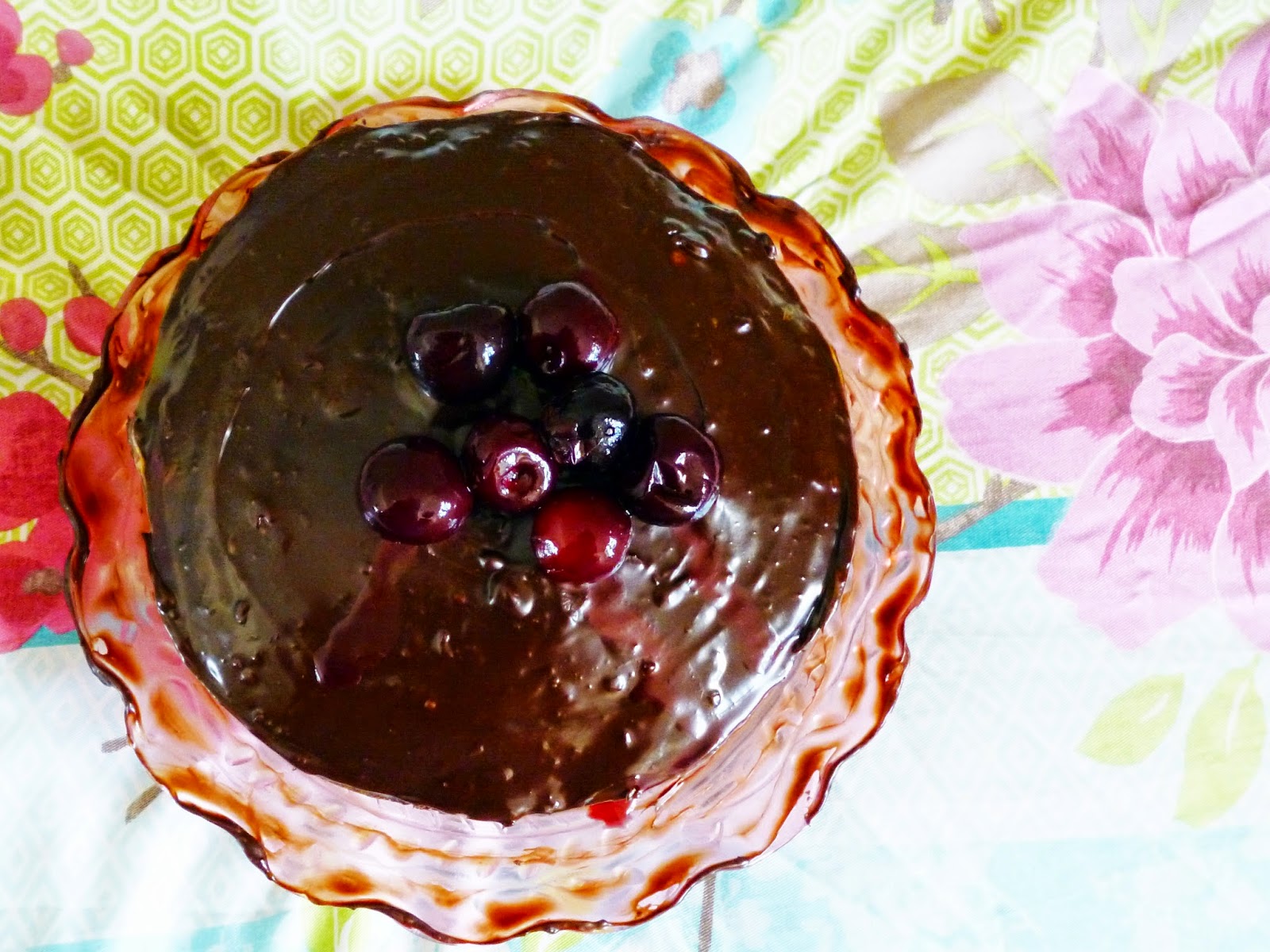 This Black Forest Gateau was inspired by one of the last Baking With Spirit Challenge entries. Siobhan from Tastyrecipesandotherstuff entered a Black Forest Gateau into the Fun challenge, and ever since I have had the desire to make something similar.

The Black Forest Gateau is made up of three layers of fatless chocolate sponge, whipped double cream and black cherries, then it is coated in a dark chocolate and rum ganache. It is light, chocolatey and delicious. The spreading of the ganache over the sides got a bit messy, but I liked how the cake stand then reflected this, so didn't try to clean up too much afterwards. I also like how the cream from the layers got swirled into the ganache towards the base. It just goes to show that the best results are not always planned!

I think we can also call this cake low fat, since the sponge doesn't contain butter of any description, and the cream is half fat. Hooray! 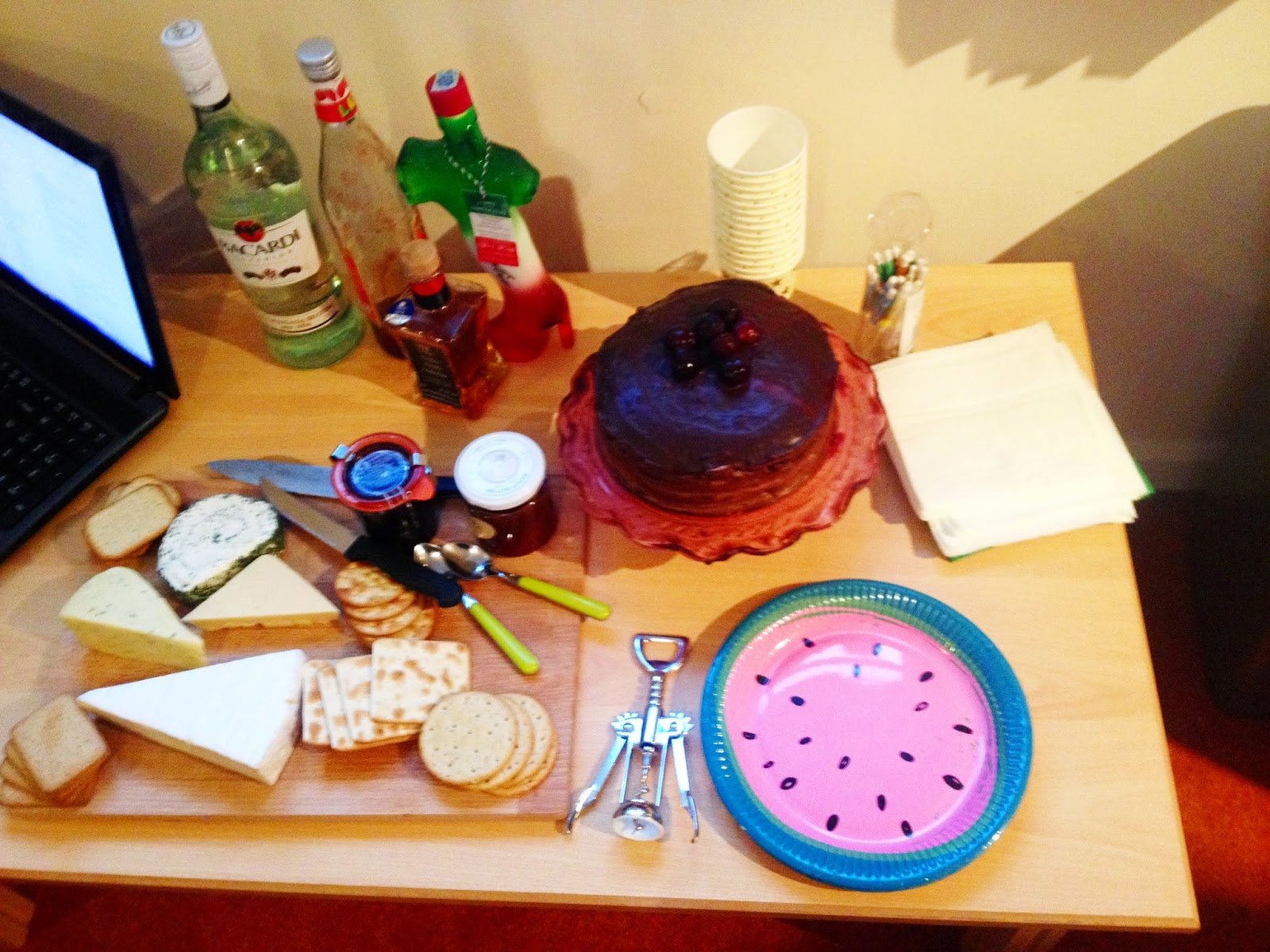