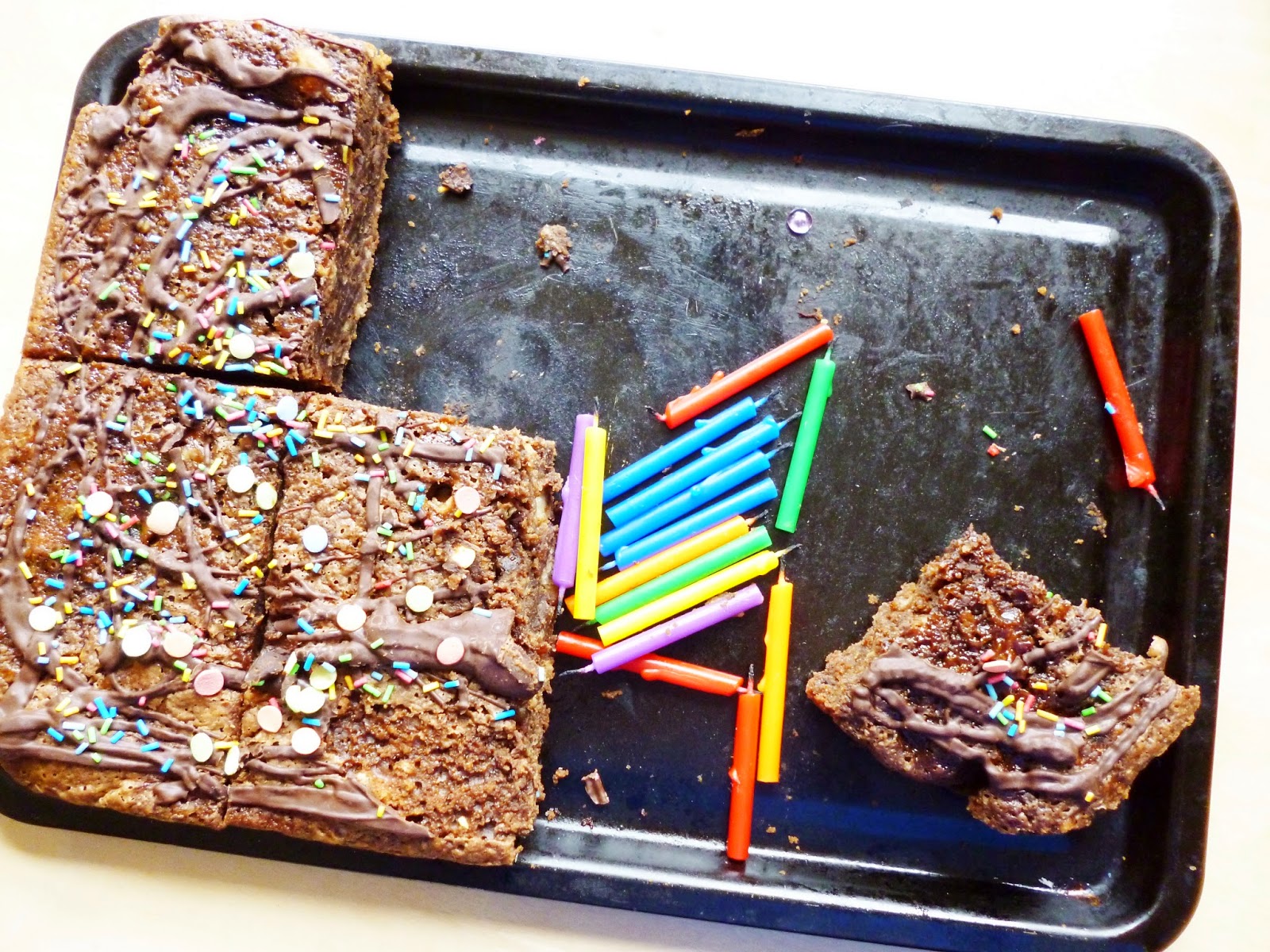 This Chocolate Stout Traybake was served at my flatmate's 26th birthday meal. There were only six of us (we had expected ten) and it was a Thursday night, but more anecdotes came from this night than this setting would have you believe.

We brought everyone back to our flat after a great Indian meal nearby. First we pooled our knowledge in order to finish a Guardian crossword, which three people in their twenties had struggled to finish earlier in the day.  We then spent far longer than we should have quoting Confucius to one another; my flatmate decided that these quotes could be particularly useful for rounding off a meeting ("our greatest glory is not in never falling, but in rising every time we fall."). One of the guests noticed my record player, so after pulling out a couple of vinyls we of course settled on listening to the soundtrack to The Sound Of Music (don't ask me why I own that) completing the night with a rousing chorus of Edelwiess. But of course... 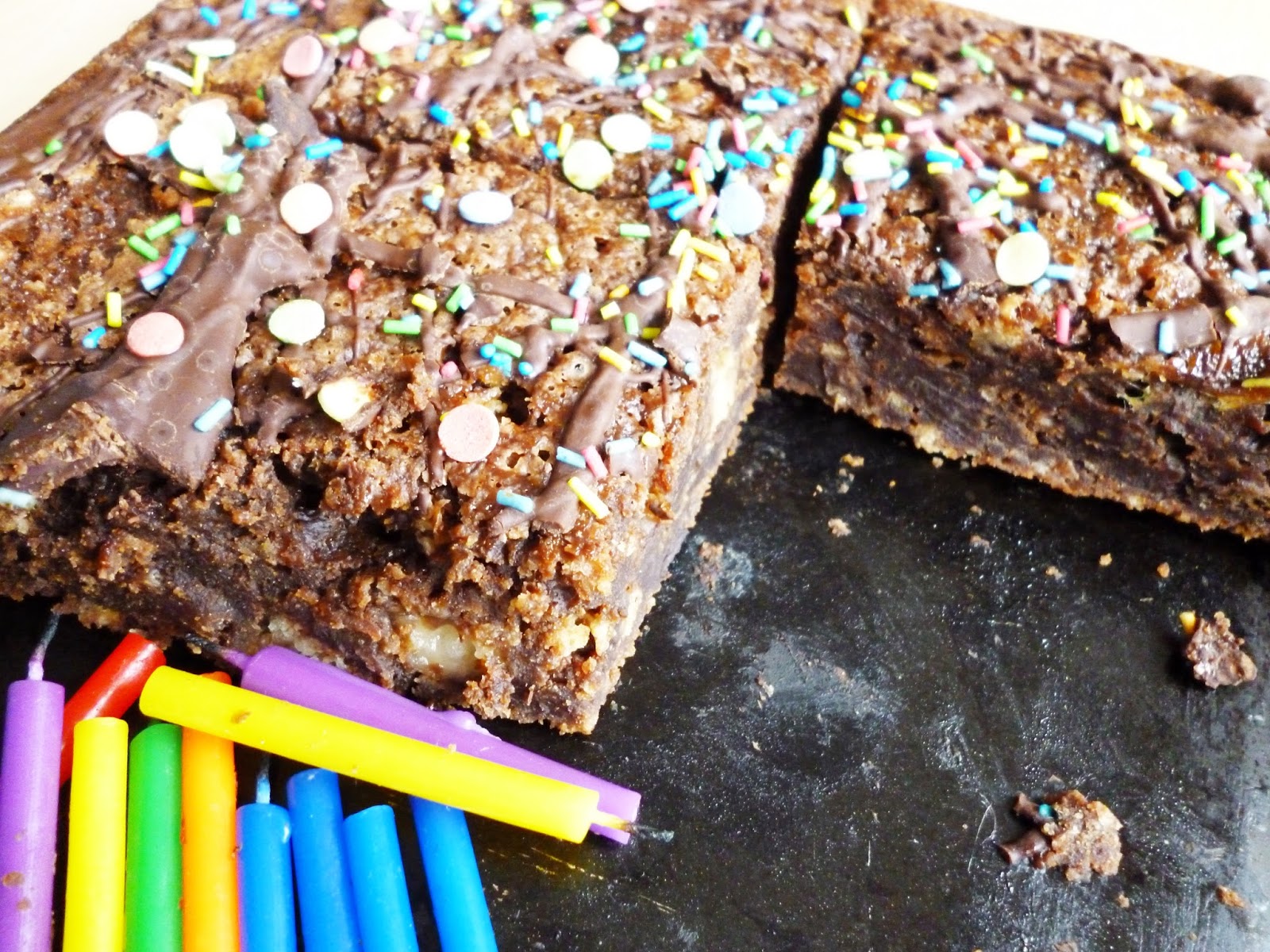 This cake was kind of a cross between cake and brownie in texture, as the stout made it more moist and dense than usual. Both the chocolate and stout flavours came through well, and the cake was a hit at my flatmate's birthday meal.

I find traybakes to be particularly useful at celebrations and parties, but they are really appropriate at just about any time. I would recommend that you try this Chocolate Stout Traybake next time such an occasion arises! 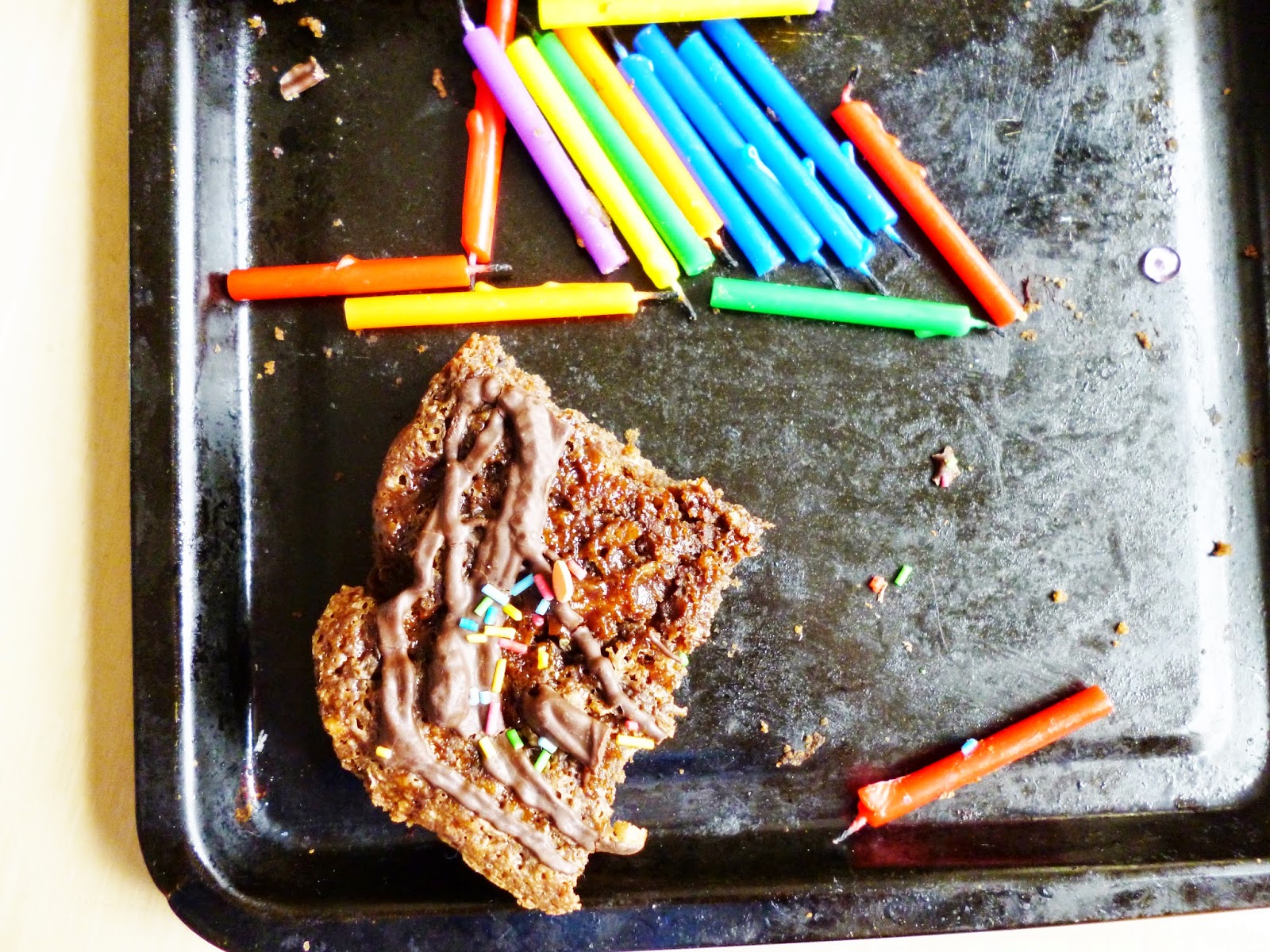