Stockholm: Venice Of The North 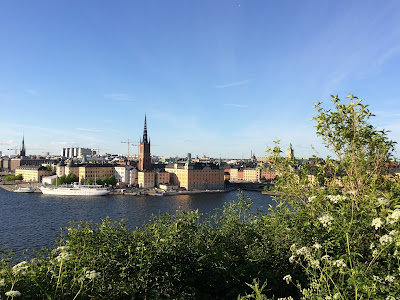 At the beginning of this month I got up at the crack of dawn (about 3.45am, as the sun was literally just starting to rise) in order to catch a plane to Stockholm. I was to spend three nights in a boat-hotel (pictured below, middle boat) on the waterfront, and four days exploring the Swedish capital with my dad. 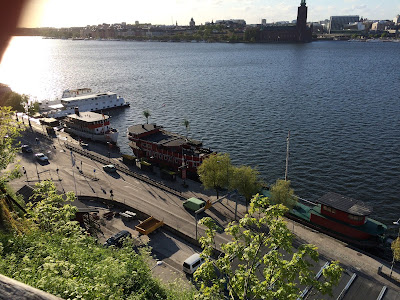 One of the highlights of the trip was a visit to Stockholm's living museum, Skansen. The huge park was bought in the 1800s by a man who wanted to preserve records of life in historical Sweden. The centre of the museum was filled with old wooden buildings with thatched rooves, and it was possible to look inside most of them and talk to actors who pretended to be people from the same era as the houses. If you have never been to a living museum, I highly recommend a trip because they are fascinating. 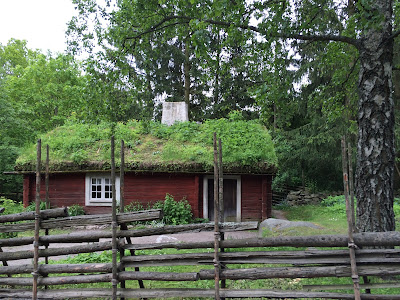 Skansen not only housed old buildings and actors, but also a range of animals that are commonly found in Nordic regions like Sweden. There were wolves, wolverines, brown bears, lynx, seals, moose and reindeer, amongst others. I was a little concerned that creatures as big as bears should not be locked up like that, but they had huge enclosures and it was obvious that they were well looked after. When I was watching the brown bears playing in their enclosure, I noticed that the trees around the edges had metal on the trunks to stop the bears climbing them. I saw a tree in the middle which did not have this protection, and as my eyes followed the trunk upwards I was surprised to see a bear sat high in its foliage! It just goes to show that the tree protection was for good reason. 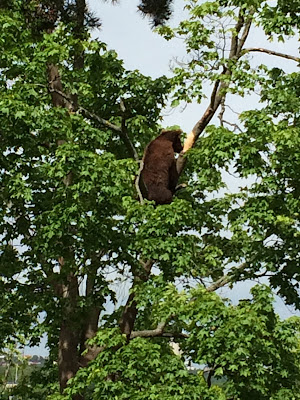 Another interesting museum was the Vasamuseet. A huge wooden ship was built in the 17th Century, but it had a slight tilt. Because of this, on its maiden voyage the ship sailed only one kilometre before tipping over, filling with water and sinking. The ship sat at the bottom of the river for centuries before being rescued in the 1970s. A massive restoration project was undertaken, including spraying it with preservative polyethylene glycol for seventeen years to ensure all of the water was removed from the wood. Today, the ship has been carefully put back together and restored, and can be viewed at the Vasamuseet, along with accompanying displays about the ship, its contents and the life of the sailors who would have worked on it. This is definitely a must see if you ever visit the city. 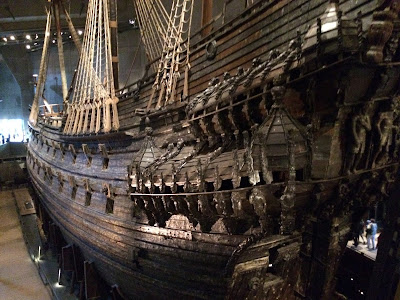 I had heard that the food in Sweden was outlandishly expensive, but I didn't find this to be the case at all. I'm not sure if the pound is particularly strong against Swedish Krona at the moment, but honestly the food was the same price as you would find in the UK. On the first night we ate in a tiny restaurant which served real Swedish food; on the second we ate Italian (we were taken in by friendly waiters and hunger); on the last night we ate at a Spanish Tapas bar. All of the food was excellent quality, particularly the Swedish and Spanish foods. Another thing that I really loved was that all meals, be it in a cafe or a restaurant, came with free bread and butter (usually left near the till where you often find napkins, so you could literally help yourself), and there was a jug of tap water at every food or drink outlet. I know that some fancy fast food places now leave a jug of water out for customers, but this whole bread and butter thing is a really nice idea that I would love to see in the UK. 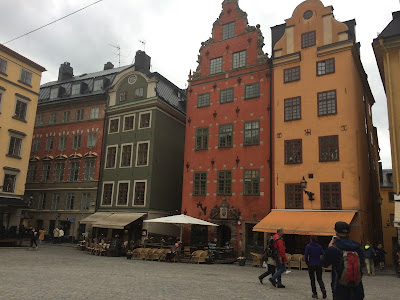 Though Swedish culture is rather Western in feel - they have coffee shops, chain clothing stores and fast food restaurants that can be found in most city centres in Western Europe - there were definitely some behaviours or traditions that I found a little strange. In Stockholm (having only visited one Swedish city, I feel I can't really vouch for the whole country) it is perfectly normal to have unisex public toilets. I found them in shopping centres, department stores and even in restaurants. Everybody used cubicles, so there wasn't really any awkwardness, but I couldn't really get comfortable with this idea. 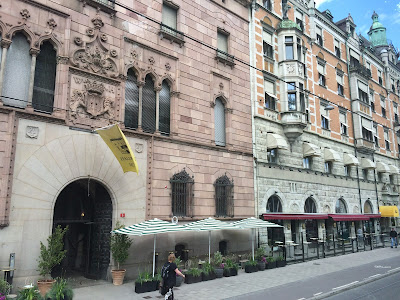 Another difference that I noticed at the end of my trip was that Swedes really don't understand proper queueing etiquette. I know that I'm going to sound very British here, but they really had no sense of personal space or understanding of how order is maintained in a queue. In the queue to get on the plane home, and again at passport control, I had people behind me who would get so close that they knocked into my bag every time we moved forward; they even at one point moved forward so much that they were standing next to me in the queue. Of course, despite being immensely irritated by this (keep in mind that I was also pretty tired at this point), I am British so all I did was blink furiously, pull irritated faces and glare at them when they got too close. 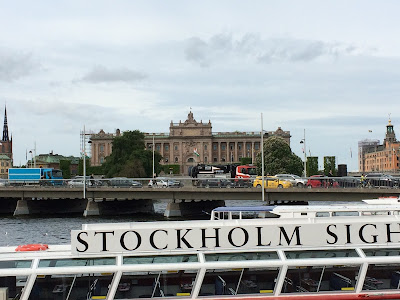 On the whole I loved Stockholm. The architecture is truly stunning, and it was a real novelty to get boats everywhere, as being an archipelago this was the fastest way to get from one island to the other. There was so much to do, and there are endless museums to visit. Of course, the food is fantastic and the people are incredibly friendly (even if they don't queue properly). The weather when I visited at the start of June was pretty much what you would expect in the South of England, but given how far North I was, I think this is very impressive. Book a trip to Stockholm! 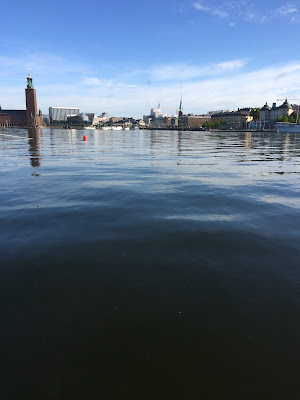