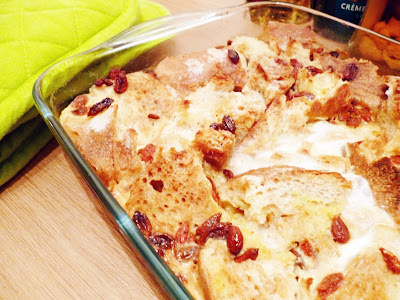 I know, I know...  Baking With Spirit posts: they're like buses. Months go by without a single one, and then two come along in the space of a fortnight.

Alas, the Technology Saga Of 2015 continues. In my last post I mentioned that I was having a long and drawn out battle with my laptop, and I am sad to say that I lost. It just refused to start up, even after being left "starting windows" for an entire eight hour work day, and I decided that it was time to let go. I now sit typing on a brand new, begrudgingly bought, laptop.

Getting used to Windows 10 has been one thing, but discovering that my external hard drive hadn't actually backed up my data was quite another. Not being able to access the hard drive left me with no option but to deal with the actual hardware and try to extract the data somehow. If you read my previous post, you'll know this is not my forte at all. Unscrewing the base of my old laptop and revealing the motherboard was completely new territory for me, and though I know it can't possibly be damaged any further, I still handled it like one probably handles a new born child, or some delicate, very ancient china.

Of course, this foray into the unknown could all have been for nothing if the hard drive is completely dead and cannot be restored, in which case all the recent photos that I haven't put on here or Facebook are gone, as are some useful documents like a spreadsheet that I use to budget. Oh, and my collection of logos and other information that I had stored for Cake Of The Week. Wish me luck, readers! 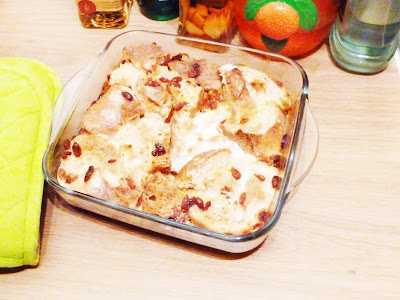 Now you may be asking yourself what a Spiced Up Bread & Butter Pudding involves. Well, it begins with soaking goji berries in spiced rum, and ends with a warm, spiced pudding that hits just the right spot at this time of year. This is adapted from the traditional British pudding, but here we use sour dough instead of white bread, and goji berries instead of raisins and sultanas (though these are totally acceptable if that's what you have in your cupboard). If you are foreign this dish may well sound revolting, but the creamy custard mixture is absorbed by the bread (day-old, or slightly stale, is best) to produce a soft, spicy and comforting pudding. Just trust me. Would I lead you astray?