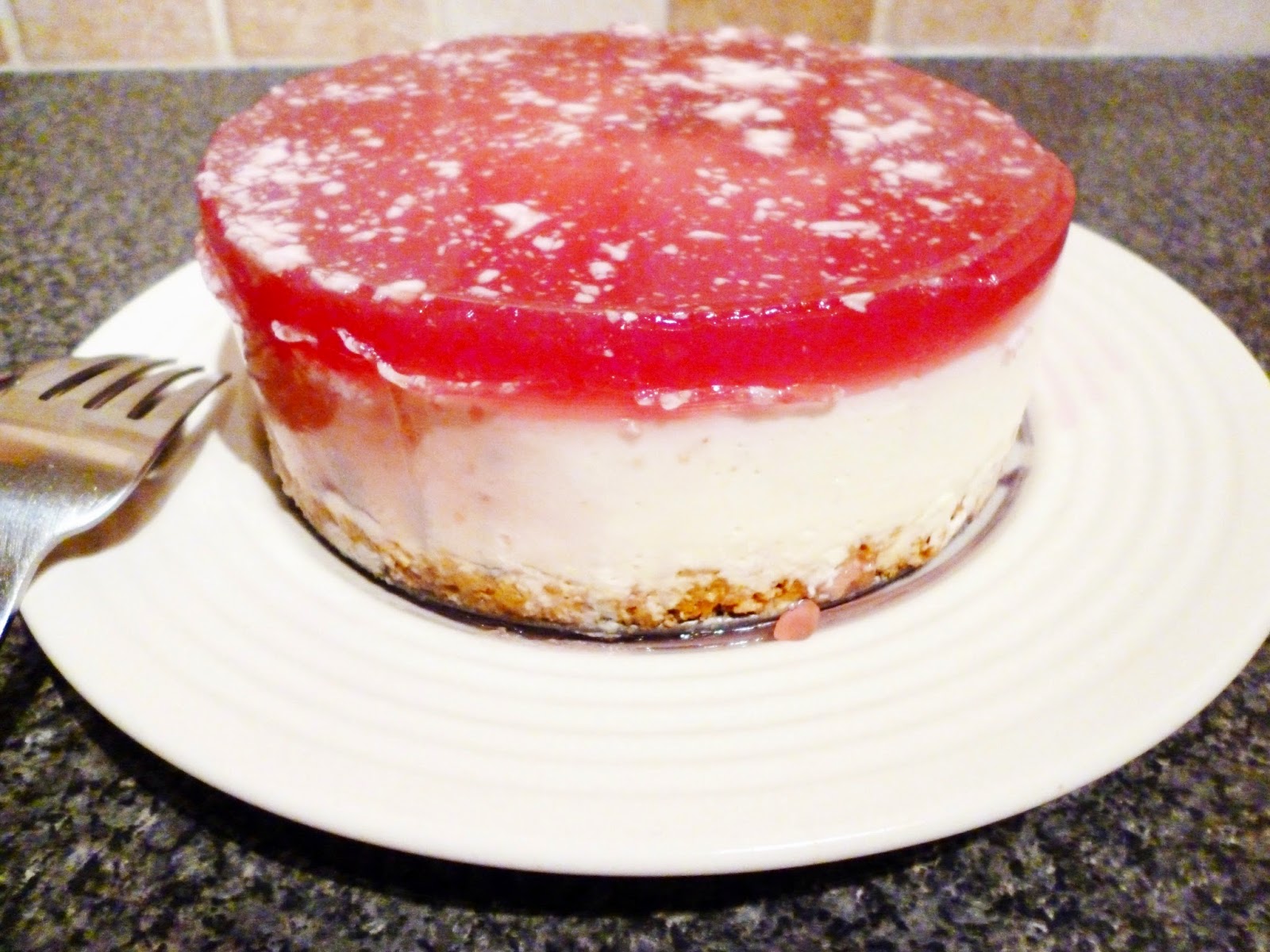 I first came up with this recipe in GCSE food tech. I can't remember what the specifications we were designing for were, but one of the things I came up with was a jelly cheesecake made with lime jelly and a chocolate biscuit base. The beauty of GCSE food tech was that the whole idea was to experiment and learn from your mistakes, which is why we had several weeks to perfect our recipes.

I strongly suspect that my GCSE food tech stuff was binned long ago, and if it wasn't it's at home in Plymouth, so I'll have a look at Christmas and let you know if I find it. Anyway, I can remember having an issue where the cheesecake would seep up into the jelly so I had to change the way I had originally planned for it to be arranged and make sure that the cheesecake was set before adding the jelly. [When I made this cheesecake again three years later I forgot this tactic and ended up with a surprisingly attractive cheesecake speckle in my jelly, as in the pictures. If you like the effect in the pictures, don't let the cheesecake set before adding the jelly.]

Having tried this White Chocolate & Blackcurrant Jelly Cheesecake, I can tell you that the jelly flavours the cheesecake a little bit and the combination of the textures works very well. Housemate N thinks it looks pretty good, but is too hungover to try it at the moment.

Unfortunately, an issue with the recipe is that the white chocolate isn't really detectable, which is a shame. It probably adds something to the cheesecake, but not a strong white chocolate flavour, which is what I was going for.

E really liked her birthday cake from the other day, and it is fast disappearing. It is very rich, but incredibly moreish. Fridge cake really is one of the easiest things you can make, so I strongly advise you to go and try it. This cake isn't as tricky as it looks, it just requires a lot of patience because it is necessary to wait around for each layer to set before adding the next. 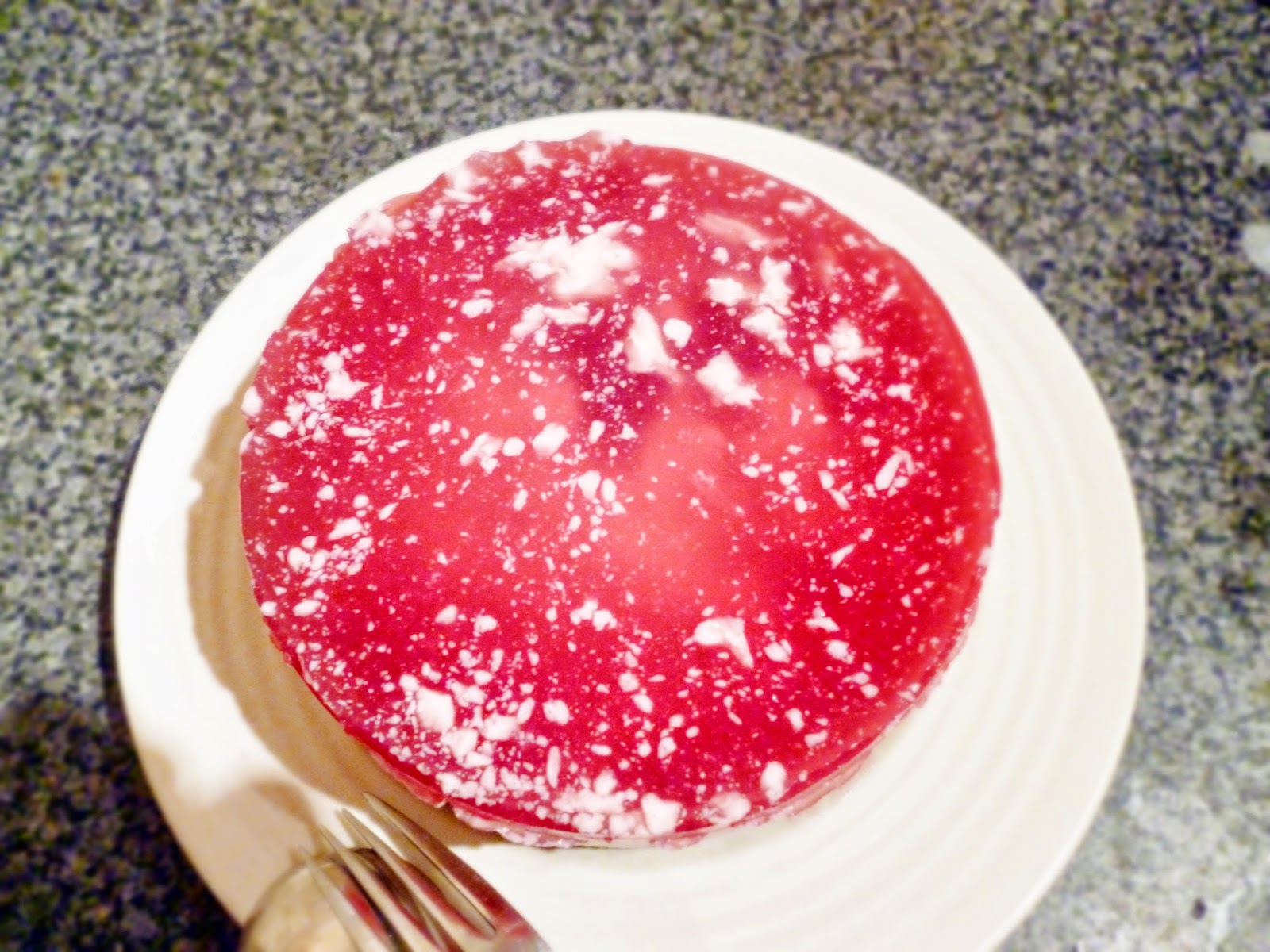 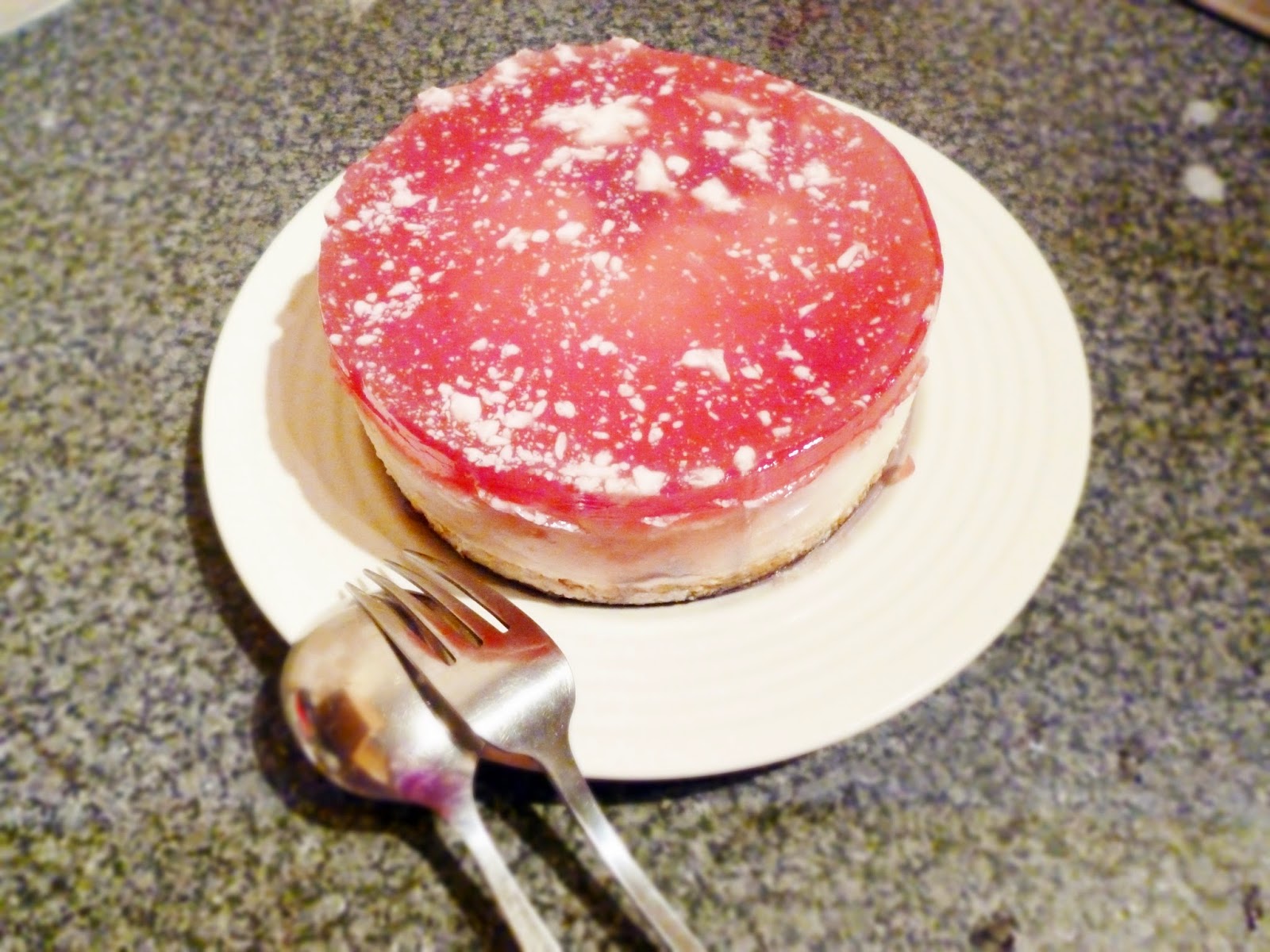 Next weekend I'll be staying with my grandparents in Liverpool. They don't have the internet so I probably won't be able to post until the Monday afterwards, but I told them I'd make them a Victoria sponge so look out for that. I'm gonna jazz the topping up a bit with some cream and maybe some fruit. We'll see.
See you then, and don't forget to let me know what you think of this cheesecake in the meantime, and if you try anything I've posted yourself then let me know how it goes!