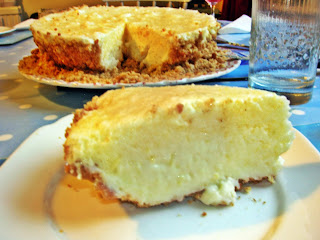 I’ve had quite a busy few weeks full of revision, as you know, and they finally came to fruition with my last exam on Thursday. It was a tough one but there was a nice question or two thrown in there, and I think I did alright. I was still haunted by it a couple of nights later, though, as I remember having a complicated dream involving working out many complicated organic mechanisms before half waking and realising that I didn't need to worry any more because it was over! Unlike some of my course mates and all of my housemates, I don't graduate this year despite it being my third year because the course is an undergraduate masters (an MChem, for those who are interested). So don't fret, this academic year might be over but in just a few short months when I start my fourth year you will once again be regaled with tales of studentdom.

Naturally, post-exam we all headed straight for the student union bar for a couple of drinks. I tried Kronenburg for the first time while my friend B had a post-exam, pre-tennis vodka and coke. Hardcore. I then went to the pub with my last remaining housemate; for some reason the pub had nothing but burgers available, though, so the food was a little disappointing. I'd had my eye on a vegetable bake with brie and goats cheese and since the pub denied me of it I'm probably going to make it when I go home to Devon. 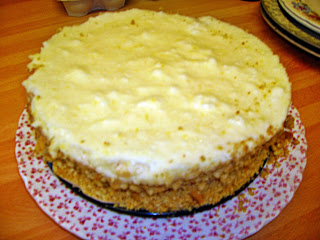 I made this cheesecake for my grandparents yesterday - I had gone over to Liverpool for my Grandad’s 94th birthday, so there was quite a celebration to be had. My aunt bought a birthday cake for him and before my arrival some distant relatives of mine who I haven't met also visited so it was quite a busy day for him. He seemed pleased with all of the attention, anyway.

This is the first chilled cheesecake that I’ve made in about a year. The last one, also lemon flavoured, was made after buying a similar one from M&S (as a post-exam treat) as I had wanted to replicate it. Unfortunately the gelatine powder in that one aggregated into lumps, but the gelatine leaves that I used this time have worked much better so I’ll buy them to use again at home. I’m pleased with how the cheesecake turned out as I had been worried that it wouldn’t set. The mousse was largely invented on the spot, based on a recipe for chocolate mousse from my GCSE Food Tech recipe book where you just stir egg yolk into melted chocolate then fold it into whisked egg whites and you’re done. The mousse even tastes of lemon as well as having set well, so I’m very happy.

I had planned this cheesecake to have a swirl of lemon mousse running through it, but my method of stirring the two layers together didn’t seem to work and in the end there were just two clear layers. I’d also like to add some yellow food colouring to the mousse next time to get some visual definition between the two layers. I might make the next one a strawberry one, or maybe some kind of tropical flavour? We’ll see.
The main fault in this cheesecake was that I put too little butter in the biscuit base so it crumbled and almost fell apart completely when I took the cheesecake out. I’ve added a little extra butter to the recipe below, though, so it shouldn’t be a problem if you want to make one of your own.

This cheesecake is deliciously refreshing, so make it to remind you of summer while you gaze out at the grim weather. If you want to serve this to elderly people or children it’s a good idea to pasteurise the egg whites before whisking them. To do this, put them in a bowl over a pan of boiling water, making sure the bottom of the bowl doesn’t touch the water, and stir for about five minutes. Then pour them into the mixing bowl and carry on as per the recipe.

Ingredients
For the mousse:
For the cheesecake:
For the base:
Recipe 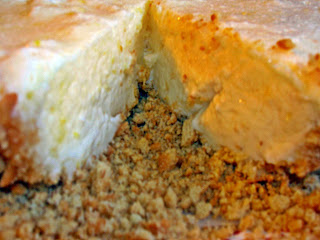 Everyone in my house has gone home until their graduation in July so I probably won't be baking until I go home to Devon on Friday. I have a bit of Swiss meringue buttercream left over from the Strawberry and Clotted Cream Jubilee Cake, though, so I may make a couple of cupcakes for some creative piping practice.

I hope the weather perks up for all the brits reading this, and those of you who experience sunshine and warmth on a daily basis should encourage it to come our way. See you soon!