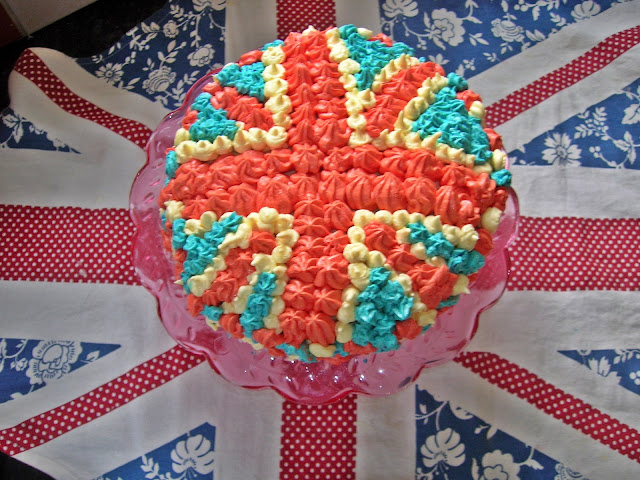 As I draw closer to the end of exams and, indeed, the end of my time in this lovely house with my lovely housemates, I am beginning to once again dream of the foods that the South West offers. I have told you numerous times how the North just can't get it right when it comes to things like pasties, but at least, hundreds of miles from home, I can take comfort in the fact that my local supermarket stocks clotted cream.

On my way up the dairy aisle I was actually a little frightened that they wouldn't have any in stock as this would spell the end of my fantastic cake plans. Luckily they had some, all the way from Cornwall. I particularly enjoyed the Cornwall-Devon rivalry that Roddas, the manufacturer, had put on the inside of the packaging: much as I enjoy partaking in the debate over which of Newcastle and Northumbria University are better (Newcastle, obviously), the never-ending debate over how to correctly assemble a cream tea is something that will always be a fond reminder of where I grew up. 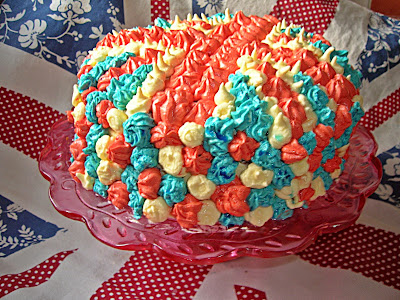 This cake, as with almost all of the ones that I plan for a long time, did not come without its diffuculties. The cakes almost fell apart when I tipped them out of the tins because the strawberries had made them more flimsy. Luckily I managed to avert disaster by doing a lot of complicated flipping with plates in order to get them into the clingfilm so that I could freeze them (this makes them easier to ice later). When they came out of the freezer several hours later they were much more solid and easier to handle.

Problem number two was a mysterious liquid at the bottom of the buttercream. The best I can make of it is that because I had doubled my usual recipe, not all of the egg whites had been properly whisked and I couldn't tell until it was too later because of the layer on top and the opaque mixing bowl. I think this is also the reason why the buttercream didn't take up the vanilla flavour as well as last time - because more butter was added to less meringue and therefore less flavouring. Still, once I'd drained off said mysterious liquid the butercream was easy enough to colour and pipe. 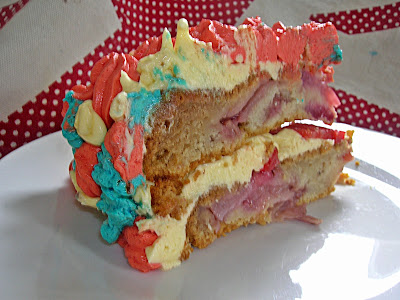 Speaking of piping, this was my least problematic piping experience to date. I've been through at least three piping bags in the past six or so months: two were cheap and the seams simply split (when I was baking with  S we tried to fix this by tightly wrapping it up with cling film) and the third was a more sturdy material one but the icing had a habit of squeezing through the holes from the stitching in the seam. When I was shopping for icing for the Portal Companion Cube Cake I came across some extra strong disposable piping bags in Lakeland - the pack of 50 was only about £6 so I snapped them up and am extremely glad that I did as it has made the whole piping process entirely stress free.

The cake looked so good that I was reluctant to slice into it, but having just eaten some I can tell you that it tastes very much of both strawberries and clotted cream so is definitely a success. The strawberries have made the sponge very moist, which makes it extra-appealing to me!

The clotted cream was actually what led me to making this lovely cake because I wanted to enter the Best Of British Challenge. The challenge is set over six months, each month from a different region of the UK and this month it is set in Cornwall and is hosted by Choclette of Chocolate Log Blog - one of my favourites! The competition has been put together by Karen of Lavender and Lovage and Fiona of London Unattached and is sponsored by New World Appliances.

The Union Jack on the cake is obviously in celebration of the Jubilee weekend so I'm also entering this cake into the Blogging Jubilee Baking Competition, hosted by Homemade By Fleur and sponsored by Appliances Online.

And yes, this may be my second post involving strawberries and cream in the space of a month, but it is the summer so I'll let myself off.

For the Swiss meringue buttercream:
Recipe 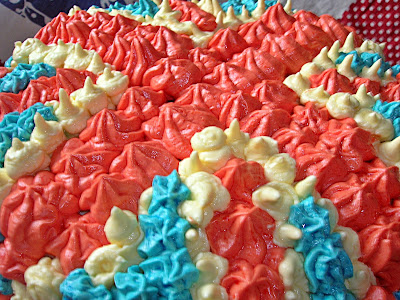 Not sure what to do with all those egg yolks you now have kicking around your kitchen? You could make custard, but it is now officially summer so you're better off making ice cream with them instead. You can also freeze them for up to two weeks.

For tips on whisking egg yolks and baking cakes, take a look at The Basics.

My last exam in on Thursday and I can't wait for it to all be over (for now), but I honestly don't know what I'll do with myself when I don't have to spend at least 8 hours a day revising. Did you know that I've nearly gone through 400 sheets of paper since I started revision? Don't worry though, I'm saving the trees and recycling them when I'm done with them.

Have a happy Jubilee weekend - I hope this cake has inspired to you do some baking of your own!