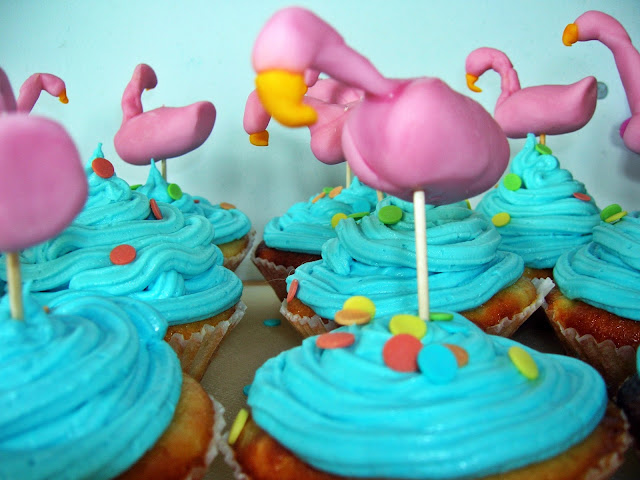 After a month and a half of rain and a poor excuse for summer, here in the UK we have finally been given news (actual headline news, if you can believe it) that sunshine and warmer climes are on their way. What better way to get in the mood for summer's approach than to make these summery cupcakes?


I thought that since today's weather was as dreary and miserable as ever it would be fun to use my hoarded postcards from yesteryear as a backdrop for my photos.

These cupcakes actually came to fruition when I was trying to think of ways to use up the excess fondant icing left over from the Portal Companion Cube Cake that I made back in May. It's been sitting in an airtight container for nearly two months because I don't like fondant icing and didn't want to cover a cake in it when it's nobody's birthday and I've got so much piping to do! My dad actually came up with making flamingos with the pink icing, and from there the cogs in my brain started to turn until I came up with these!

I'll be honest - I was a little lazy with the postcards, only using the ones that weren't in the album have I bought to contain my rather large pile of them. The album has 6x4 slots, but about 30% of my postcards are larger than this so I've just had to slide them in between the pages to make sure I keep them in chronological order (have I ever mentioned that I'm a bit of an organisation freak?) The larger photos were hence easier to access. Obviously I didn't use every single one of my postcards because this is a baking blog and not a postcard collectors anonymous page, but I used some of the more sunny locations!

I know that the seams are quite visible on some of the flamingos, but I'm pretty chuffed that they all went so well on my first attempt! You may remember that I made a Piña Colada Cake back in January as a post-exam celebration; these cupcakes are almost the exact same recipe, except the buttercream has different proportions and I used caster sugar, not light muscovado, in the cake. I also used less Malibu this time. I think if you take a look at that cake and then look at this one, you might notice that my icing skills have come along somewhat since then. I've also discovered gel food colouring, which means my cakes no-longer have such a 1970s feel, as per the colour scheme in the other cake. 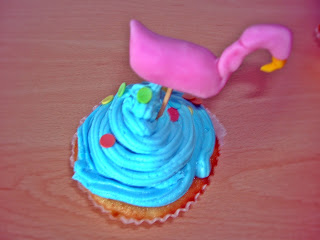 Words of warning: first, obviously, there is alcohol in the cake so be careful who you feed it to; second, and not so obvious, there's a cocktail stick in the neck of each flamingo so make sure you warn anyone who likes fondant icing!

Makes 14
Ingredients
For the cake:
For the buttercream:
For the flamingos:
Recipe 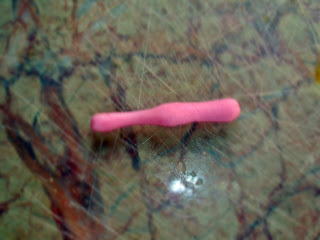 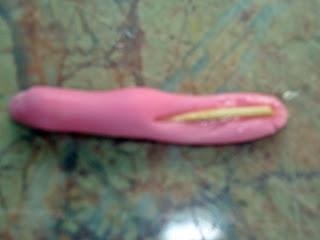 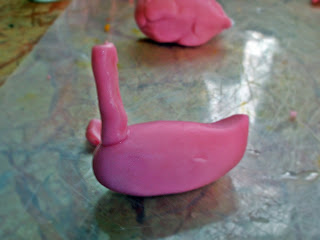 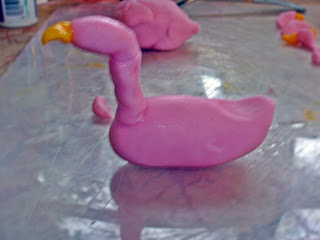 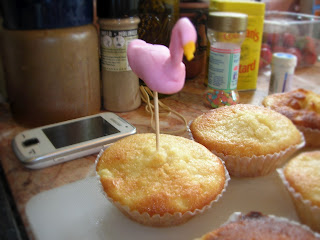 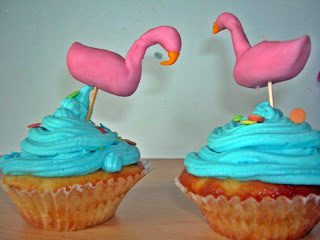 For tips on how to bake, take a look at The Basics.

I'm really pleased with these cupcakes. Not only do they look good, but they taste good too and the Malibu flavour comes through the sugar in the icing as an added bonus. I really hope you like them as much as I do. They really aren't as hard as they look - I've never done this sort of thing before and the Portal Cake was the  first time I'd ever used fondant icing, so it's really novice material! Let me know if you give them a try. I'm entering these into Treat Petite, a challenge hosted alternately by Cakeyboi and The Baking Explorer (this month's host). The theme is summer; I think these fit the bill quite nicely!

I'm also entering these into the fun themed Baking With Spirit challenge from February 2015. If these don't count as fun, I don't want to be a part of it.