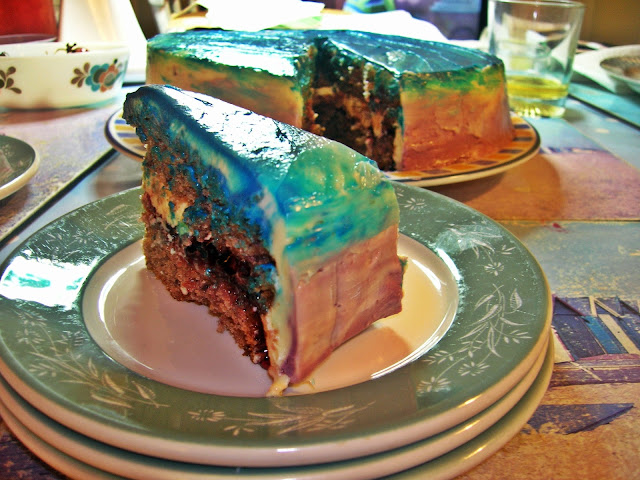 I've been searching high and low for cheap blackberries lately. Growing up as a country bumpkin, I was always able to get blackberries for free at this time of year by scaling a few hedgerows. Unfortunately (and solely because of the blackberries) I'm in Newcastle and the only ones I can find are either too low down to eat without questioning what else you might be ingesting or £1 for 150g in the supermarkets. Newcastle's high street is lined with market vendors selling fruit and veg at low prices, but apparently I've already missed the blackberry harvest this year. I'm not sure how this is possible, but far be it from me to argue with someone who makes their living from selling in-season food.

One of the best possible things one can make this time of year is Apple & Blackberry Crumble, but that's for a later date; today, I have something much more decadent for you. I made this Blackberry Cake yesterday when I was staying with my Grandparents in Liverpool. I don't think they get to eat a lot of good food these days because their carers buy food in for them, and all they get dessert-wise is supermarket cake, which, let's be honest, is not good. They always seem to appreciate when I come round and bake them a cake, anyway!

I actually baked two cakes yesterday: the second cake was requested by my Grandparents' carer and good family friend for a birthday party. I made a chocolate cake with an icing similar to the one I used in today's cake, but instead of colouring the icing I blended blackberries into it, in the same manner as with the Cinnamon Raspberry Cake. I didn't get to try the finished cake, but the batter was certainly tasty! 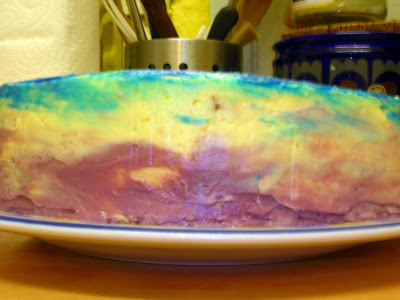 Anyway, back to today's cake. The icing is a simple Swiss meringue buttercream, which I divided into three and coloured before spreading onto the cake in layers. I really can't get enough of this cake: it tastes of blackberries, has a moist yet light and fluffy sponge and has a smooth vanilla icing with jam in between the layers - and it's colourful! It ticks all the boxes for a great cake. The only issue I had with it was crunching on the blackberry seeds, but this is a small price to pay for a cake such as this.


For the Swiss meringue buttercream:
Recipe: 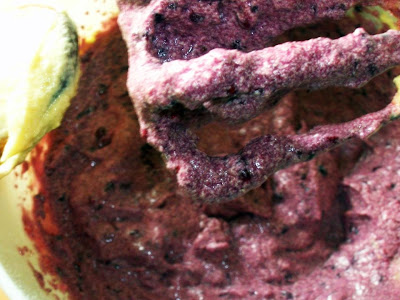 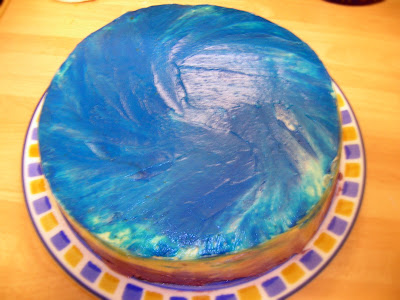 For information on how you can make this cake a little better for you (and trust me, the blackberries aren't enough!), take a look at Healthy(ish) Baking.

I'm entering this recipe into Simple And In Season, which was started by Ren of Fabulicious Food but this month is hosted by Katie of Feeding Boys And A Firefighter.

I'll be back next week with some macarons. See you then!