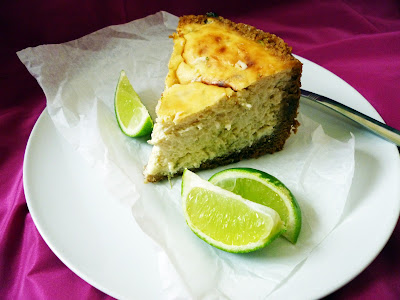 For this month's Baking With Spirit challenge I asked you to bake something (using alcohol) that epitomised summer for you. There are a few spirits I could have chosen: Passoa, with its punch-like passion fruit flavour, could have worked really well but I'm on a bit of a budget this month and didn't have any at home; the melon flavour in Midori can only reflect summer hues, but I baked with that for last month's challenge; Malibu, with its tropical coconut notes, would work summer into any dish, and as it happened I had a bottle (or two) at home. 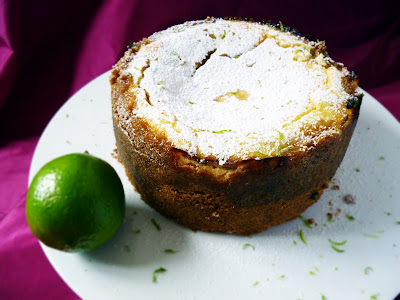 I'm not really a fan of raw coconut because of the texture, but I do enjoy coconut products: cream of coconut, coconut milk and, of course, Malibu. Just as Tiramisu is my dessert of choice, a Malibu and coke is my drink of choice when I'm out (unless I'm having wine).

Of course I'm now slapping myself on the forehead for not making a Malibu-infused Tiramisu, but I suppose I can try that another day... 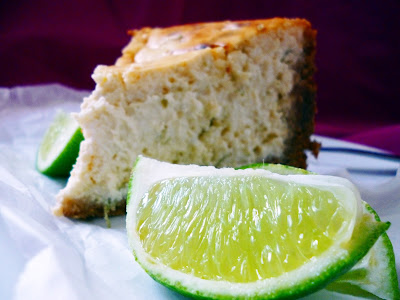 ...Anyway, what goes well with Malibu/rum in general? Lime!

The cheesecake was originally going to be lime flavoured with a Malibu syrup soaked into the top after cooking. To be sure that the flavour would really come through, though, I decided to put it into the cheesecake mix as well as on top. The result is a rather spectacular flavour sensation, if I do say so myself.

If you can bear it, you should ideally put the cheesecake in the fridge overnight, once it has cooled, in order to let it set properly. I was too impatient to do this, but it really does enhance the texture as well as giving the flavours time to meld together. The choice is yours, though. 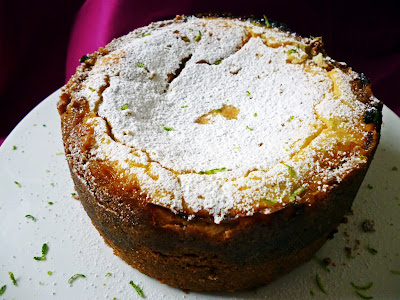 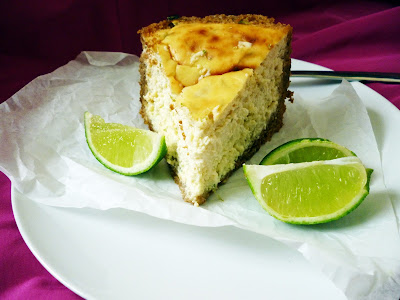 As mentioned above, this is my entry for this month's Baking With Spirit, hosted by me at Cake Of The Week. You still have until the 28th to enter, so if you're feeling inspired by this post (or want to make a Malibu-infused Tiramisu for me...) you have about 10 days to do something about it!

I'm also entering this into the Calendar Cakes challenge, hosted by Rachel at Dollybakes and co-founded by Laura at Laura Loves Cakes. The theme this month is also summer, so I think this fits in well. 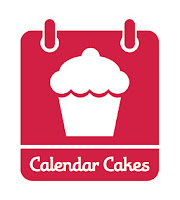