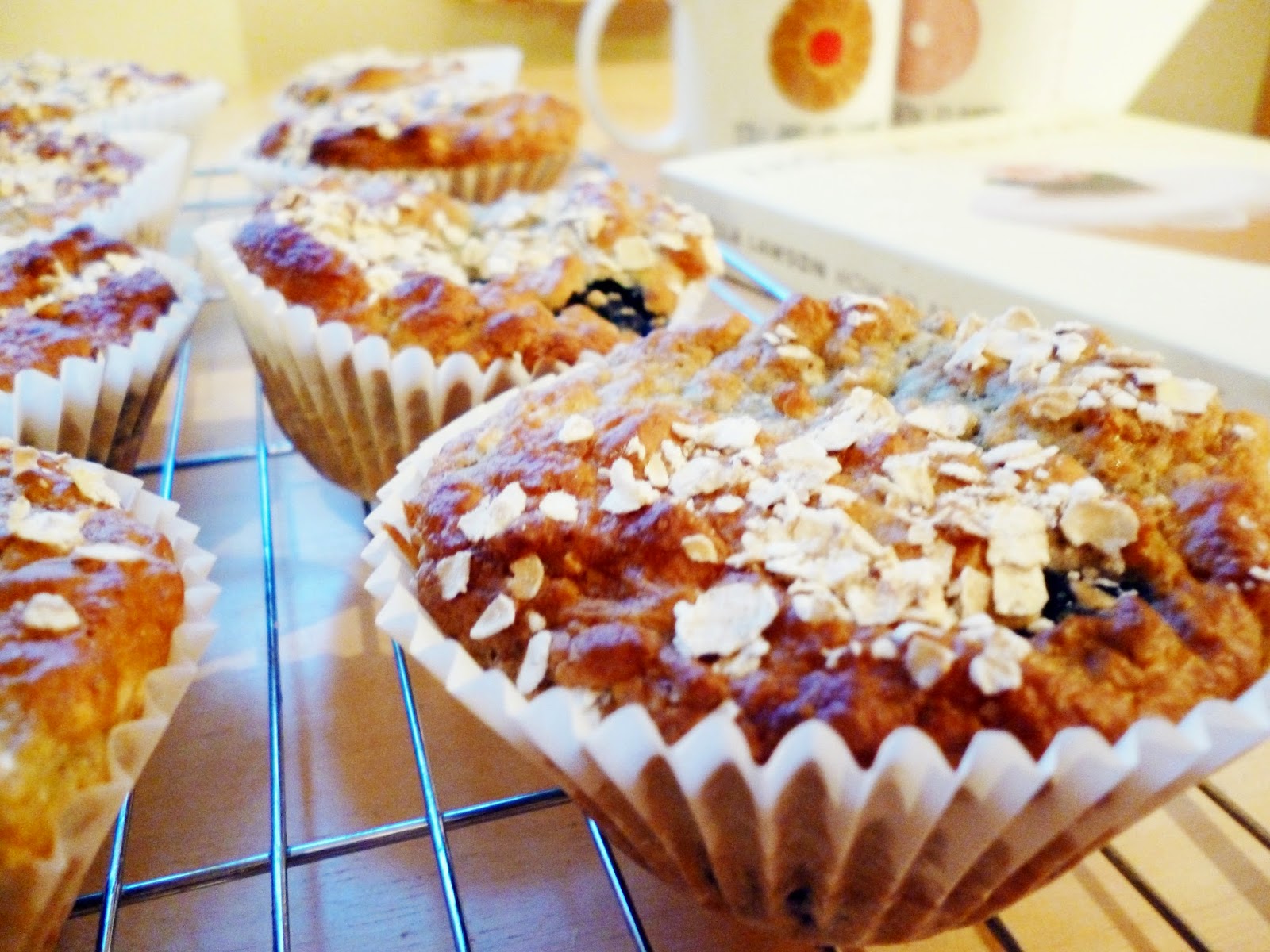 I've owned Nigella Lawson's How To Be A Domestic Goddess for years, and still I make new recipe discoveries all the time. I am of course no stranger to Blueberry Muffins, but I was using buttermilk for the first time (after finally identifying its location in my local supermarket) and wanted an old and familiar narrative to guide me through. 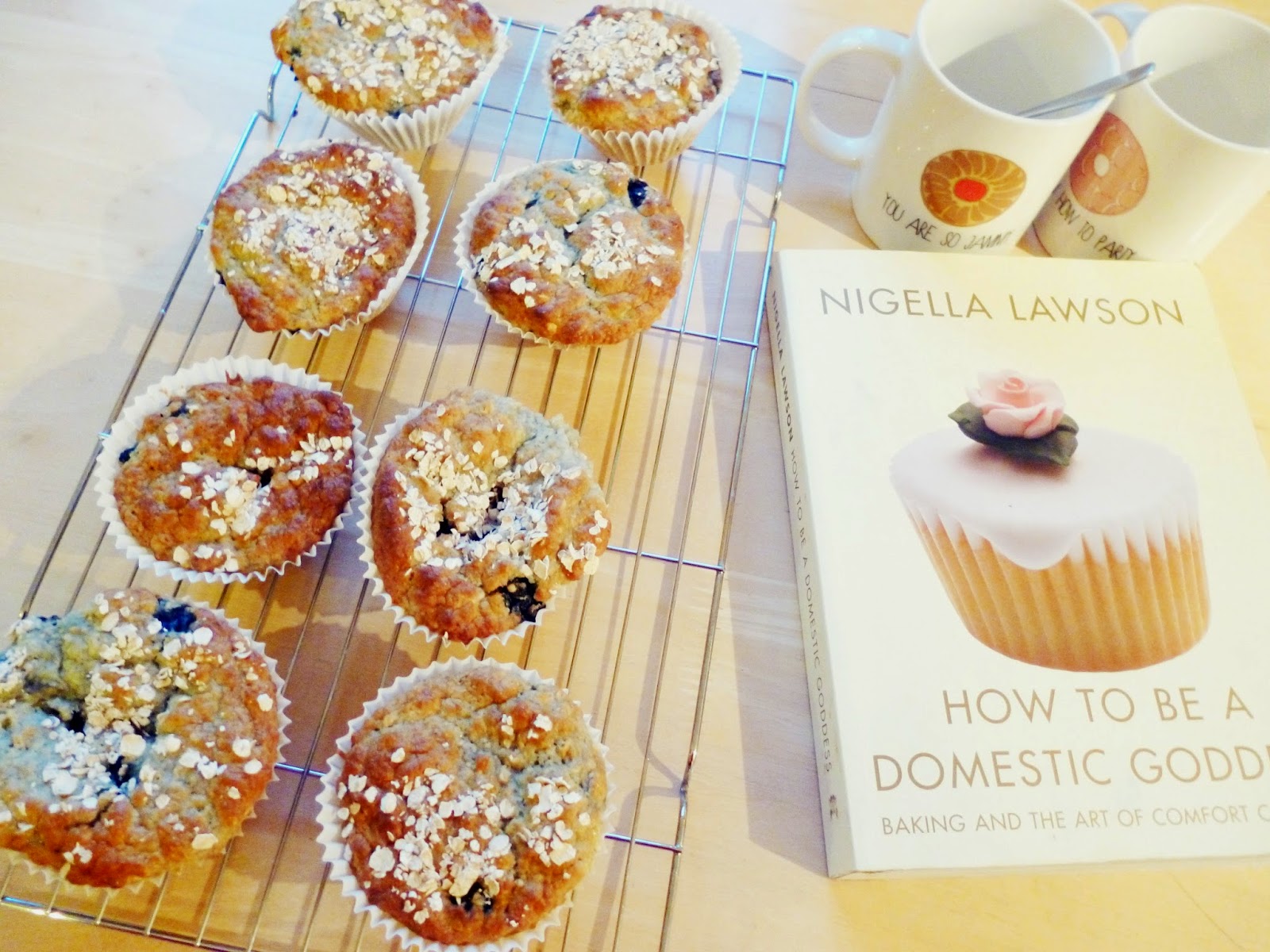 I was a little heavy handed with the baking powder, so despite the definite raising agent flavouring, these muffins were fantastic for my morning break at work. They only contain 75g of sugar, so are quite different from the sweeter, store bought version that I am usually partial to. Apart from overdoing it with the baking powder, the only change I made was adding about 100g oats to the batter.

I've had a box of rolled oats since I moved out of my last student house (almost exactly 18 months to the day), and as I have gone off porridge breakfasts, so has my oat supply stagnated. I recently rediscovered my oat box, and decided that perhaps it was time to take the plunge and use them up. The oats added a nice texture to the muffins, and I would recommend adding them to your own.

I won't include a recipe here because I followed the recipe almost word for word, though I do encourage you to borrow or buy this book. I'm not being paid by anyone to write this, but it has to be said that of my few recipe books (What?! A food blogger without a glut of recipe books?! I know, right! They're just not my thing, ok?), Nigella's really stand out as invaluable resources. 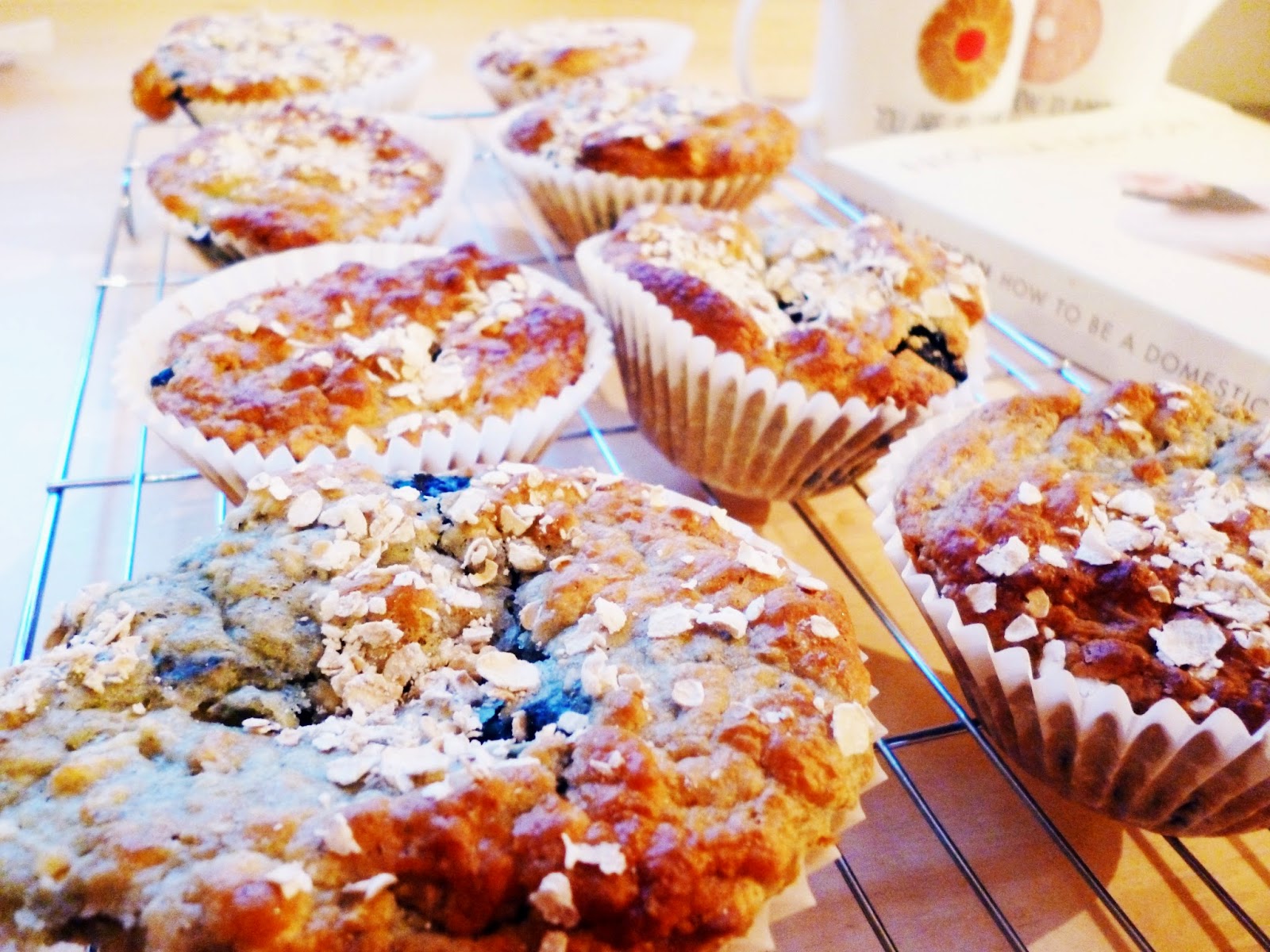