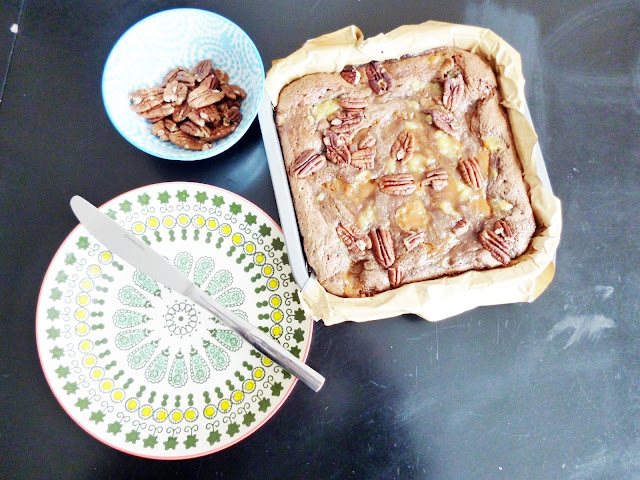 Sometimes I don't really know what I'm going to make until I turn the oven on. This time around, I'd had an idea for using a banana curd with dulce de leche, but wasn't really sure what the vessel would be. As I often do, I rolled the concept around in my head, temporarily landing on roulade, then Swiss roll, before eventually landing on brownies. Sometimes I just don't feel like making cake, or icing, or whatever. Today, brownies seemed like the best way to present these flavours. 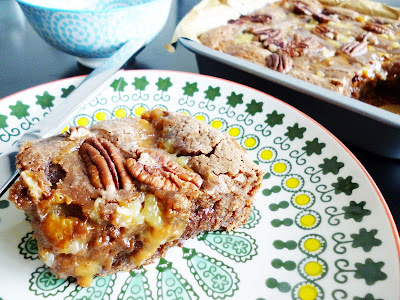 The banana curd was something new for me. I asked around on Twitter for recipes and someone referred me to this one on Food.com. I tinkered with the recipe a bit (~ 400g sugar seems like way too much to add to four bananas), and was extremely happy with the result. If jam on toast is your thing, I highly recommend that you try this curd in it. It's better than mashed bananas because it's smoother, and you can store it for a time without it going brown.

These brownies are a definite winner. I topped them with a handful of pecans, but you can leave them out or use walnuts instead if you prefer. They add a nice crunch, contrasting nicely with the sweet and gooey brownies. Added bonus: they take very little time to prepare (after making the curd...) so they can absolutely be made on impulse as soon as you finish reading this post ;) 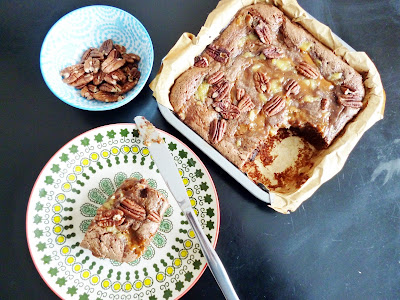 Before Christmas, the lovely people at Rex London listed Cake Of The Week as one of their 25 Brilliant Baking Blogs. Naturally, I was thrilled to about this! Not only was it flattering to read such a good summary of my blog, but also to be listed alongside some of the much more successful baking blogs in the UK. Dotcomgiftshop were also kind enough to send some vouchers to use on their products. My small flat has more than enough baking equipment, but I love their tableware selection. The bowl and plate in the photos in this post were purchased from Dotcomgiftshop using this voucher. I'll definitely be using this site in the future to find more stunning kitchenware.

Makes 18
Ingredients
Banana Curd (adapted from Food.com; N.B. makes about twice as much as needed): 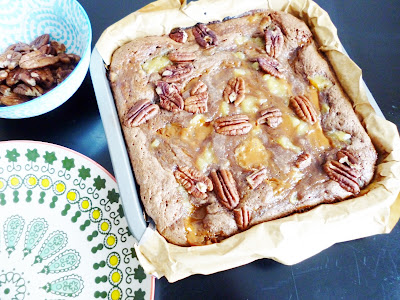 Disclaimer: I was given a gift voucher from Rex London with no obligation to feature their products on Cake Of The Week, nor to give a review of any kind. All opinions expressed on this blog are my own.