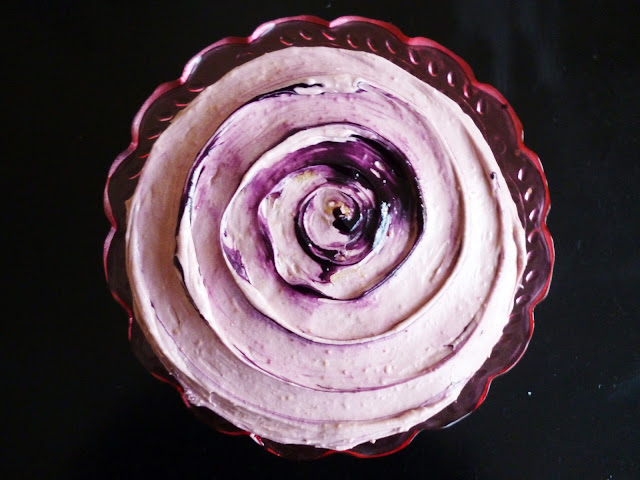 I always try to keep this blog as something that I do for fun, and not work. It's been quiet around here for about a month, basically because I haven't felt like sitting down to write. I want to keep this site for quality, not quantity of publications. However, when I start to worry about leaving Cake Of The Week alone for a month, I remember that when I read other baking blogs I don't necessarily notice an absence of posts (apart from those that go on for many months) until it's pointed out to me in a post like this...

Yesterday I had a completely empty diary, so I decided to check out Birmingham Museum & Art Gallery. It's set in this beautiful building from the 19th Century, right in the city centre. Coincidentally, the museum is celebrating its 160th anniversary this year, so there was a display about how the museum came to be. More surprising was the discovery that it was not just an art gallery, as I had assumed, but it has a whole section about the origins of Birmingham and life in the city from the 1700s. Did you know that Birmingham was once famous for its production of buttons and coins? It was fascinating, and there was so much to see that I couldn't even finish the display, let alone the rest of the museum. For the record, it looks like the museum also contains some historical artifacts. I look forward to seeing what those are! 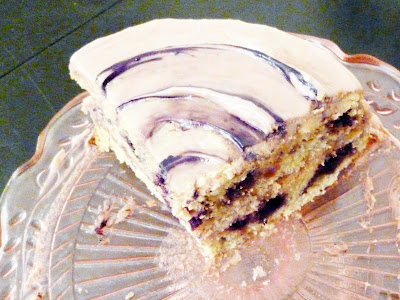 This is Blackberry Cake 2.0 because I originally made another Blackberry Cake a few years ago. The difference is that here I used whole blackberries and French buttercream, whereas before I blended the blackberries into the batter and decorated the cake with Swiss meringue buttercream. Subtle differences that led to a noticeable difference in flavour and taste. I prefer to use French buttercream because it uses half as much fat, but either type is perfect for slathering onto cakes. They are also much less sweet than traditional buttercream, which is made with icing sugar and butter. Whole blackberries vs blended blackberries is just an aesthetic thing, really, so you can really do whatever you prefer here. Blackberry Cake 2.0 was a success at work, though maybe it's best eaten with a fork because the buttercream can get a bit messy if you use your hands!

A note on the blackberries: I used frozen blackberries, but fresh would work just as well, or perhaps even better. I tend to pick as many as I can when the fruit is in season and then freeze the majority for later use (mostly Blackberry & Apple Crumble, I won't lie). Frozen blackberries can now be found pretty commonly in larger supermarkets. 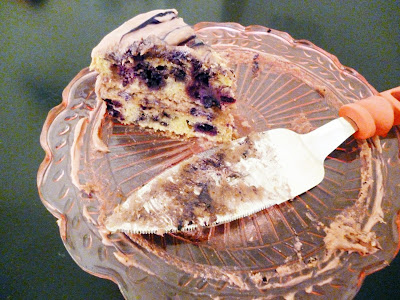 Sponge:
French Buttercream:
I apologise for the contrast in quality between the first photo and the others. One was taken in daylight, the other at night time. If you've ever taken pictures of food, you'll understand what a difference this makes!