Chocolate, Rum and Cherry Cheesecake (And A Trip To Amsterdam) 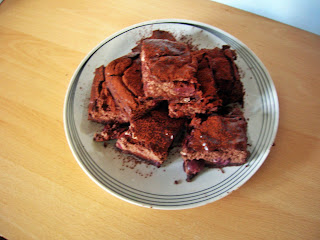 This cheesecake is sort-of based on a recipe from Australian Women's Weekly's The Complete Book of  Cupcakes, Cheesecakes and Biscuits (I would link to this book but it never shows up on internet searches - it can be found in WHSmith, though), but not exactly. I do own the book, and have baked several cheesecakes and other treats from there including New York Cheesecake, but it is currently in a box in my house in Newcastle, ready to be moved to my new house when I return to the North the week after next. Therefore I didn't have a recipe to refer to, only the memory of the idea of such a cake. I therefore attribute the idea for this recipe to the book, but the actual ingredients and so on are all from my own head. 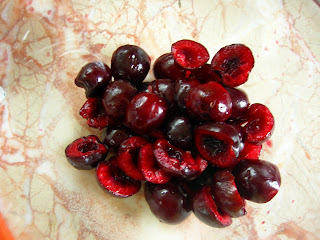 This week I have been to Amsterdam. I went for four days with S, getting up at the inhumane hour of 2am to catch a 6.45am flight from Bristol. By the time we reached the city we'd already been up for eight hours and it felt like the middle of the day, but we still managed to keep ourselves awake until around 10pm. We saw many sights, some of which were Red Light District-related and others that where culture-related, such as the Anne Frank Huis and the Van Gogh Museum. We took a lovely canal tour, which, despite being of the same company, was very different to the one I took last year when I visited Amsterdam for one night whilst on my Eurotrip; we went on an almost entirely different route and the commentary was pre-recorded and not live as it had been the year before. It was still educational though, even if S didn't get to see the building that is only a metre wide, built in this way to avoid a tax on the widths of houses that used to be in place. 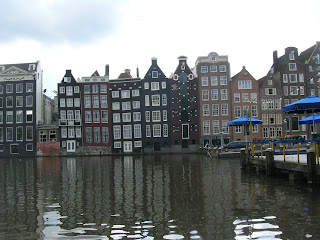 Though the holiday was really for culture, we did head out on the last night in search of a few cheap drinks (we only had €10) but I think the city has taken advantage of its party fame as bars charge pretty ridiculous amounts for standard drinks, let alone cocktails (the lowest price we found was €7.50). We ended up having a couple of glasses of wine each before finding a shot bar called Chupitos, where the shots were more like tiny cocktails than nasty spirits. S had one called Marshmallow, where they gave her a marshmallow on a stick and told us to stand back before pouring spirit onto the bar and setting it alight, indicating that S toast her marshmallow in it. She was then instructed to dip it into her shot. I had one called and After Eight, but unfortunately I spilled it all over the bar and, because I had paid for it (an ingrained student mindset), frantically tried to catch it with my hand and asked the bartender for a straw so I could catch it all. Not my most dignified moment, but at least I almost got to finish my tasty shot.


...Anyway, let's return to the cheesecake. I first remembered the cheesecake from the Australian Women's Weekly book when I read that this month's We Should Cocoa challenge was to be based around chocolate and cherries. We Should Cocoa was started by Choclette of Chocolate Log Blog and Chele of Chocolate Teapot, but this month it is being hosted by Janice of Farmersgirl Kitchen. I was delighted to find out that this month's ingredient is cherries because they're one of my favourite fruits - I can't understand people who don't like them! I am therefore entering this cheesecake into the August We Should Cocoa challenge. 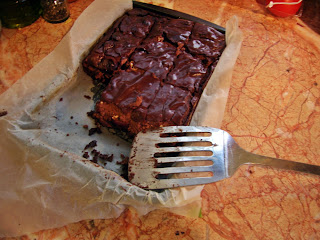 The kind people at Truvia were nice enough to send me a second pot of their calorie-free sweetener, made from the stevia leaf. I got through the first pot pretty quickly and the contents of the second one are waning fast; I really have no complaint about Truvia as the flavour is indistinguishable from that of sugar. I highly recommend it to anyone who, like me, enjoys more than a little bit of baking but strives to remain healthy. For more details, please visit the website. 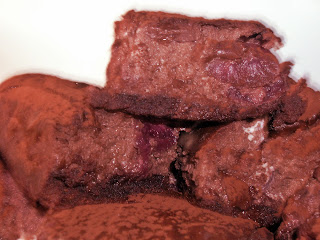 I served this to my family and my grandparents' carer, who has come to stay with us as she has become a friend of the family since we met her. The cheesecake was still warm but was delicious. My only qualm is that the rum didn't really shine through, despite adding three shots to the recipe. In the recipe below I've added another two. It might be wise to try the mixture before adding the fifth shot, just to be sure that you're not overpowering it. I really do recommend that you try this though, as it is really delicious and received stellar reviews from everyone who tried it. 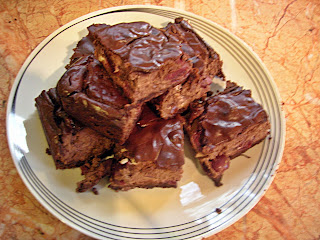 For more on how to bake healthily, take a look at Healthy(ish) Baking.

My sister turns eighteen this time next week, so I've got big plans for her cake. It might be laced with alcohol, but you'll have to wait and see!

[Disclaimer: the views in this blog are my own and not those of Truvia or any other party.]