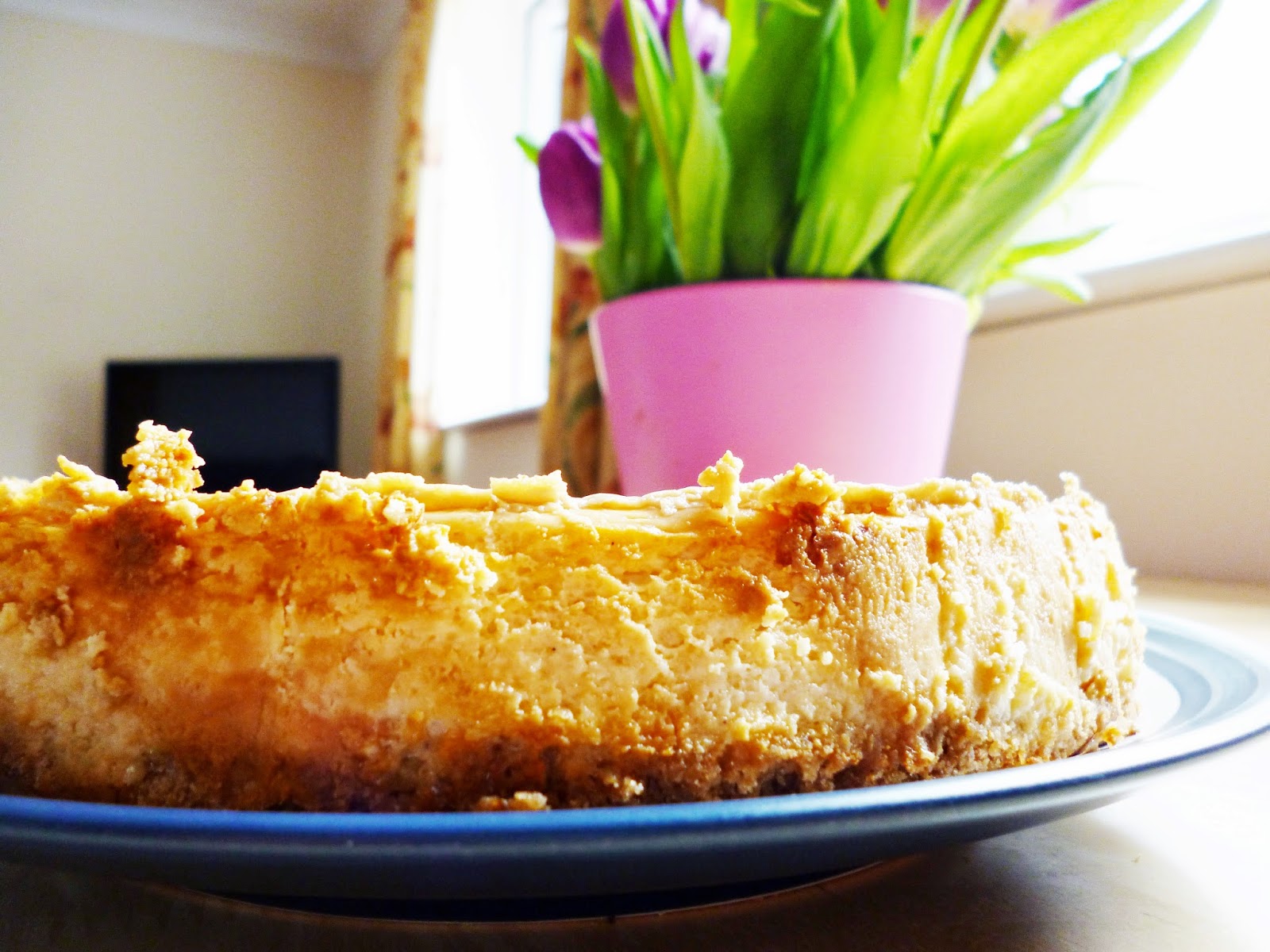 This week I have made two cakes: a New York cheesecake from Australian Women's Weekly's The Complete Book of Cupcakes, Cheesecakes and Cookies (I got mine from WHSmith), with a few tweaks; I also made some Butternut Squash Cupcakes. I'm very pleased with both of them, and hopefully if you follow the recipes I give you then you'll be pleased too.

Last week's (Horrific) Giant Chocolate Cupcake was attacked by hungover housemates (the second cake to get this treatment, but I do live in a student house so this is to be expected) who took most of the sweets off it. 3/4 of the actual cake did get eaten, so I'm going to call it a surprising success. If you don't understand why the success is a surprise, go and look at the thing (you can find a more successful Giant Cupcake here). 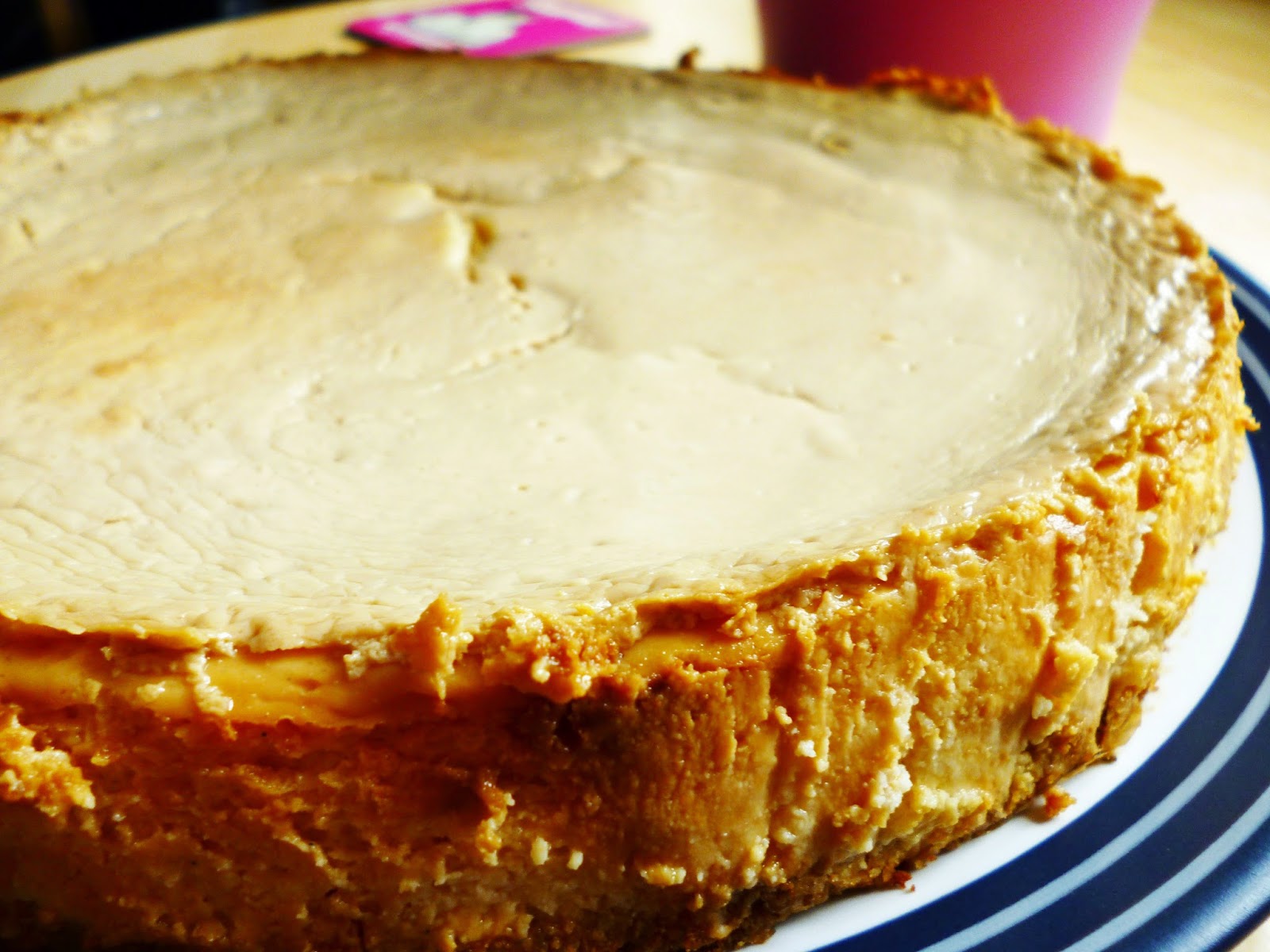 Moving on, I feel that the New York cheesecake has gone very well. I tweaked the recipe for a couple of reasons: every baked cheesecake in the book takes longer to cook than the writers think it does (I don't know if this is something to do with the Southern Hemisphere that has been so far undocumented or not) and if you follow the recipe to a tee you'll find that what you've actually made is a lemon cheesecake. A lemon cheesecake is not what I wanted to make, so I used vanilla instead.

When I've made the cheesecake in the past I have used mascarpone cheese, which gives a very creamy flavour and is definitely the best option to go for if you don't care about the nutritional content of this cake. Today I used quark, which is not just a subatomic particle in physics but also a cream cheese that is made in the Scottish Highlands, due to its shockingly low fat content and sharper, more tart flavour. This nod towards health is in anticipation the Fridge Cake I'm making for E's birthday on Thursday. For the uninitiated, Fridge cake is deliciously moreish yet artery-clogging. 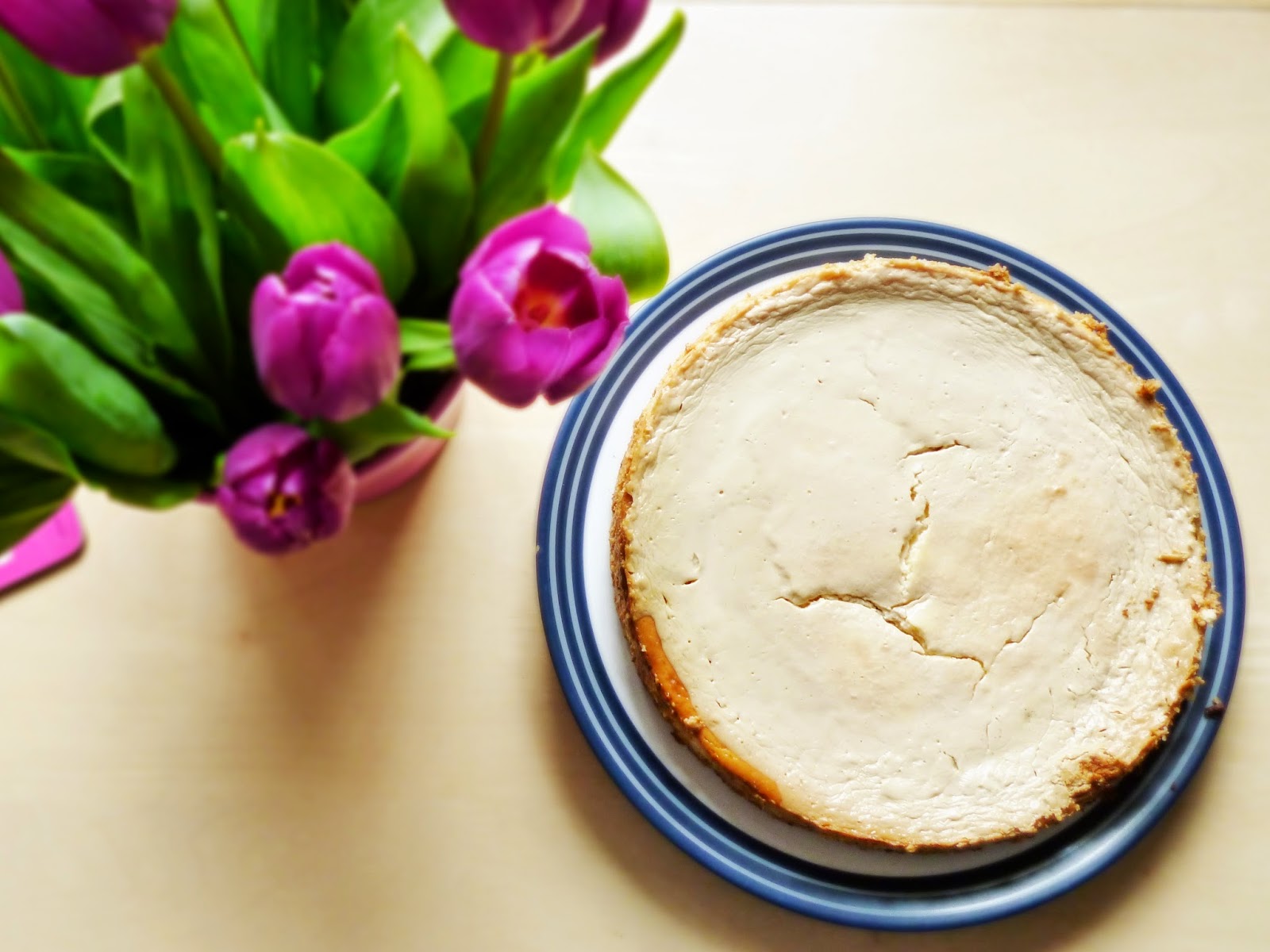 Other cheeses you might try are ricotta and Philadelphia. Ricotta will give the cake a different texture, and Philadelphia will change the flavour again. You could also use your bog standard supermarket 'cream cheese'. Nobody knows what type of cheese this actually is, but it seems closest to Philadelphia in my opinion.

One last thing to mention before I tell you how to make this is that if you want to make your cake deeper, all you have to do is double the recipe below. This is another issue with the recipe from the book that I always forget about until I reveal the cake from the springform tin (they're very deceptive when it comes to depth!) 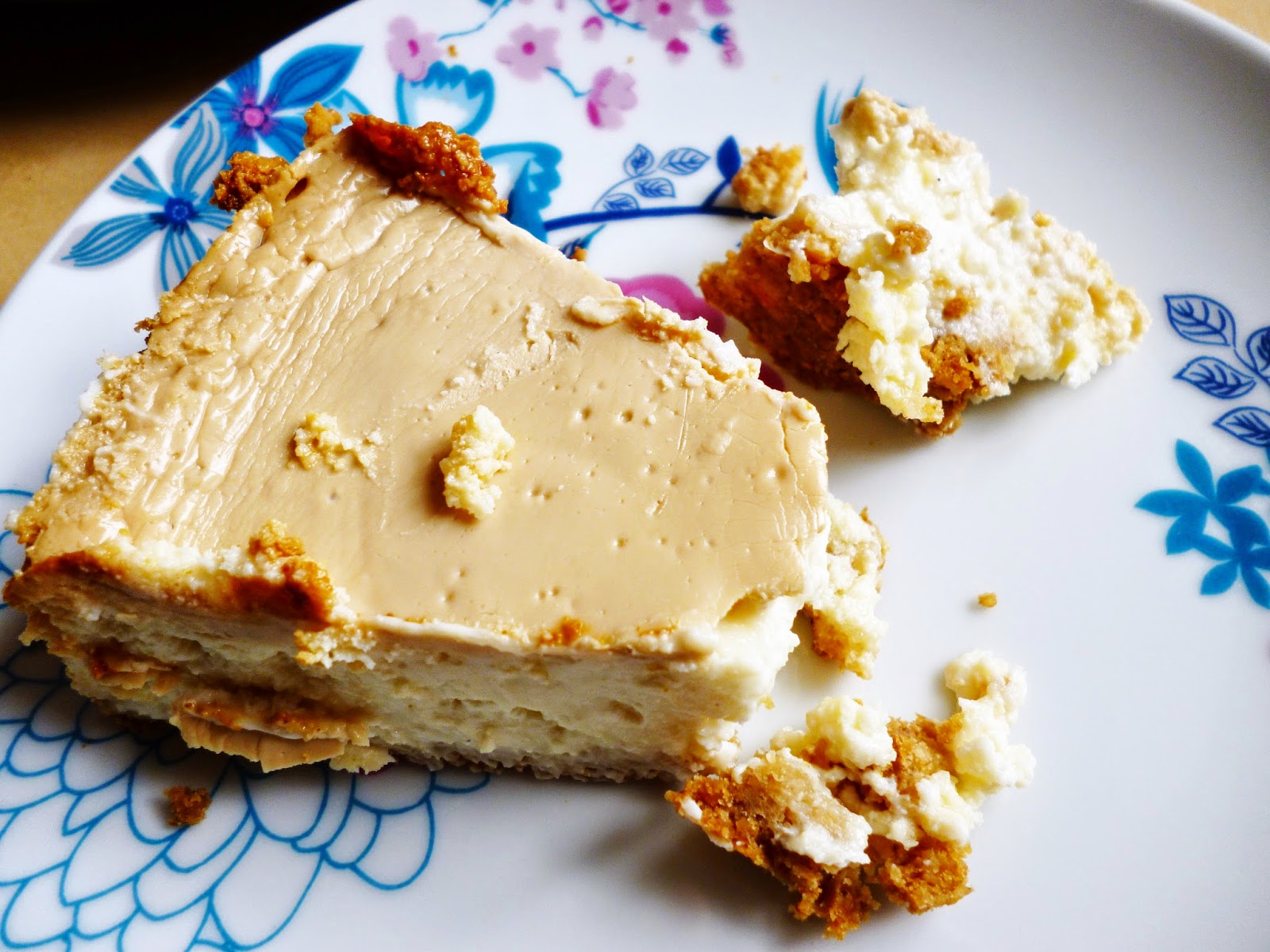 There is a lot of cooking time in this recipe, so you may have difficulty stopping other people trying to use the oven. DO NOT let them raise the temperature of the oven as this will ruin the cake.

If any of the instructions in this recipe are complete jargon to you, please visit The Basics.