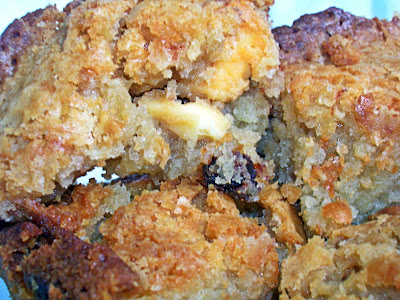 My sister has always been a big fan of the brownies I make, but unfortunately I can't claim credit for them because the recipe is from the fantastic How To Be A Domestic Goddess by Nigella Lawson. From time to time, though, I like to make blondies instead. I still use Nigella's recipe as a base, but I change it up enough to call the recipe my own.

These were another Christmas present, then, for my sister. As far as I know, they went down very well; I had to trim them to make them look more presentable so unfortunately had to eat the bits I cut off (poor me), and from my perspective they were very good indeed. Gooey, with a crispy layer on top and chunks of chocolate floating around in there as well. I'll definitely be making them again!

You could vary the chocolate chunks in the recipe as you wish, for example you could use chilli chocolate or just dark chocolate throughout - whatever your preference. I realise that some of the quantities in this recipe are more than a little alarming, so you might want to refer to these Healthy Brownies and adapt the recipe to fit these blondies. 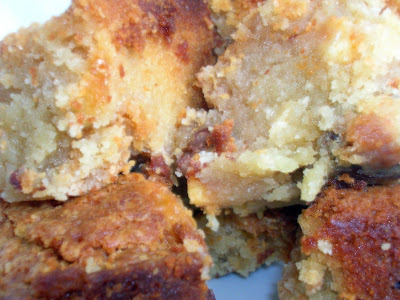 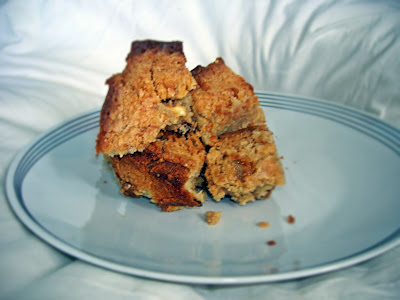 Now that I've talked about my sister and these blondies, I feel I've earned the right to brag about my birthday! I turn 22 tomorrow, and though I'll have to spend the majority of the day revising when I could be shopping I am still very much looking forward to opening the pile of presents on my desk. I doubt I'll get a birthday cake, but I'm going to bake a celebratory cake once my exams are over and this will definitely (if all goes to plan) suffice as an alternative.

I hope everyone has a good weekend. Remember, there's only just over two weeks left to enter Baking With Spirit (this month the theme is champagne), so get baking!