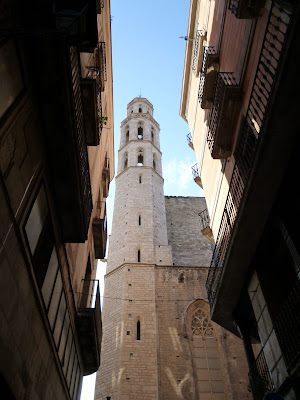 Those of you who read the blog regularly will know that I recently went on a little three week trip abroad. I spent two days in Barcelona, then volunteered for two weeks at a chateau in the Languedoc-Roussilon region of France before visiting a friend in Perpignan.Today I'm going to tell you about the final leg of my trip:  a slightly longer (three days, to be exact) stint in Barcelona. 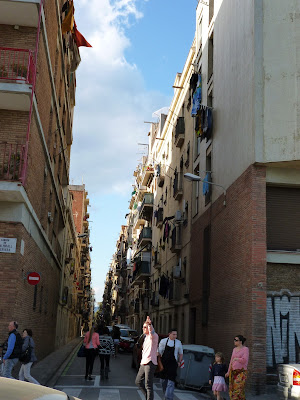 I was pretty pleased to be able to return to Barcelona at the end of my trip because there was far too much to do in just two days. I was a little dismayed to see that the forecast for the final two days was rain, so I moved my designated beach day from Monday to Sunday, and the moment I arrived at the hostel I dumped my stuff and legged it down to the beach. Unfortunately, by the time I got down to the waterfront it was close to 4pm so the heat of the day had mostly dissipated, though it was still an ambient 17C when I got down there.

My guide book had recommended an ice cream parlour close to the beach called Violko, so I payed it a visit prior to hitting the sand. I'm very pleased that I did, because the parlour itself was pretty exciting to see, not to mention the vast array of ice cream flavours (including whisky and walnuts, which I was a little too chicken to try). I went for crema catalana (I assume a Catalan custard flavour) and pina colada. I know, it's not the most conventional combination but pina colada won me over. I don't think I've ever been able to restrain myself to just one flavour in an ice cream parlour; I like variety (and having multiple scoops) too much. The ice cream was very good, anyway, and the portions were very generous.

After whiling away a couple of hours on the beach and managing to finish my third book of the trip (Firesong by William Nicholson), I wandered back up through the alleyways towards the top of town in search of a decent eatery. Unfortunately I was enticed by an interesting name (Cheese Me) and reasonably good offer (€12 for three courses) which led to bland food, an incredibly grainy cheesecake and a waiter who seemed extremely eager to give me my next course and get me out despite the place being half empty. I also got unwittingly charged for being on the terrace, even though I was in fact sat inside. It's times like this that I wish I spoke more than pigeon Spanish and could take the waiter up on this point, but alas I could not and did not. 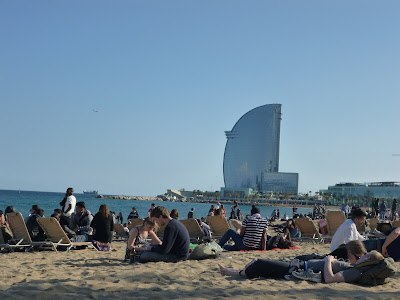 Despite the forecast, the next day turned out to be warm and, for the most part, rain free. I was very pleased about this because my umbrella had been broken for the entire trip, and the lack of rain meant I would not spend the day resembling a drowned rat. My first port of call was the chocolate museum, where the ticket is a chocolate bar. Inside was a history of chocolate making and eating, along with intricate chocolate creations, including scenes from Bambi, Asterix and Obelix and La Sagrada Familia. My only disappointment was that the museum was quite small, though for €5, a ninety minute visit isn't bad.

My cousin had recommended that I visit a restaurant/cafe called 4 Gats, and I was not disappointed. The staff were very friendly and the place had a rustic feel to it. The menu was mostly out of my price range, but I did get a very thick hot chocolate and some churros for dunking. Both were incredibly good, though even this self-confessed sugar addict found the chocolate drink to be almost too rich.

A walk around the park later, it was time to tick off two Barcelona experiences that I had not yet managed to achieve: tapas and cava. I'm not usually a cava fan, but this was quite pleasant; I couldn't believe how cheap it was as well, at €2.60 per glass. The tapas was also very good, especially the salted cod croquettes - should you be in Barcelona, visit Bubo and order these. 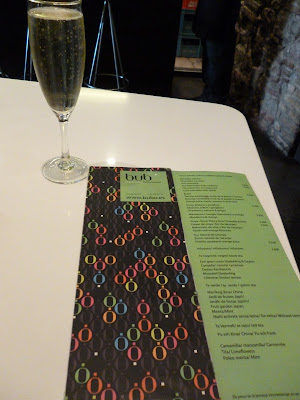 The next day was also surprisingly sunny, though I spent the first three hours in the Museum of Catalan History (well worth a visit, though make sure you are in no chance of getting hungry halfway through like I did). I was pretty famished after this, though I decided that I would get into the locality that I was planning on exploring in the afternoon. This plan turned out to be a disastrous move, as I somehow lost my bearings on a street in El Raval and, attempting to return to the main highstreet, walked off the map of the city centre in an unknown direction. I eventually realised that I was lost, but luckily found a street whose end was on the map so I followed it up to Placa Espana. If I hadn't got lost, I would never have visited this area as it is quite out of the way, and I managed to stumble across a shopping mall with some interesting Spanish restaurants at the top (though in all honesty at this point I was ready to call it quits and find a McDonald's).

When I eventually got back to the centre, I was too tired and wary of getting lost again to fully explore El Raval as intended, but I did visit Mercat La Boqueria, which is a very bustling market full of exotic fruit, chocolate, meat and fish. A lot of the fruit stands were aimed at tourists, but I was quite entranced by the dragonfruit. I've seen it in Morrisons but didn't know that its flesh came in pink as well as white, so I've been inspired to track some down in the UK and do something with it. I'm not sure what.

I was a little reluctant to return home, mainly because of the temperature difference and the knowledge that the UK might not even reach 19C this summer, or at most on infrequent occasions. However, Newcastle was sunny and somehow 6C did not feel too cold; if it had been wet and windy I might have refused to get off the plane.

I'll be back in a few days with something I baked yesterday (I've been itching to bake for weeks now, so it was about time), but in the mean time I hope that you're all starting to thaw out after the wonderfully wintry March you seem to have had (I'm not laughing maniacally, I swear).