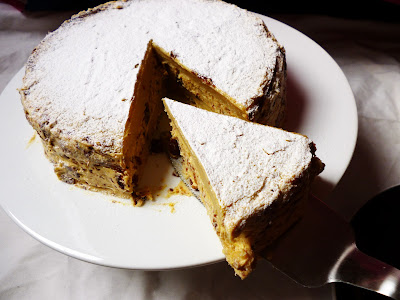 You may be thinking (once again) that I'm a crazy person right now, but I will preface this post by telling you that there are no actual cherry stones in the final product. 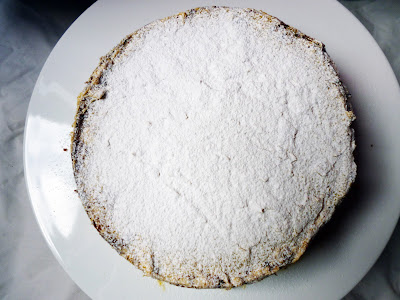 In actual fact, the sour cream used in the cake recipe is steeped with the cherry stones overnight, extracting their nutty-cherry flavour so that we can enjoy it without breaking our teeth. This was inspired by the post on using fruit stones to flavour liquids, written by the wonderful Stella of BraveTart.

Originally I hadn't intended to make this cake look like an Italian torta, but I was using the grill in my oven prior to baking and apparently didn't leave enough time between the two because I ended up with two very flat, slightly scorched cakes. I definitely used baking powder, so this is the only reason I can think of for this outcome. Nevertheless, I was not deterred and used the majority of the cherry buttercream to sandwich the cake together, using a small amount around the edges so that I could just sprinkle the top with icing sugar. 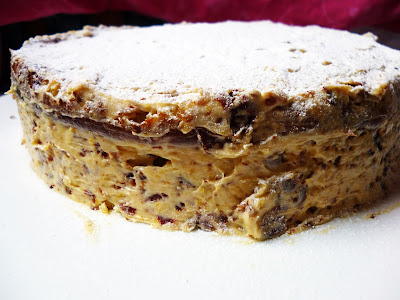 I was sceptical about the flavour of the cherry stones coming through (despite using all of the stones from the 500g cherries used), since when I tasted the batter I couldn't taste any difference to normal, but in the baked cake the flavour comes though in a subtle but noticeable manner. You don't have to use cherry stones; the stones from nectarines, peaches or any fruit with a stone in the middle can be used, so this cake has a multitude of variations. One thing to note is that you need about eight peach stones (so probably more with cherry stones) per 550mL liquid for the flavour to come through, so plan your shopping accordingly. 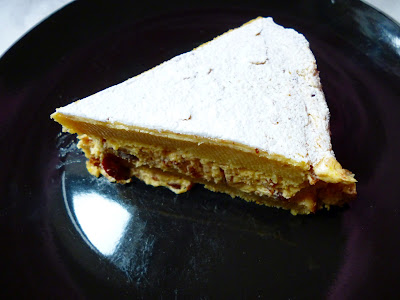 I'll definitely make this cake again, though next time I hope the cakes rise better so I can try making a proper cake out of it. Next time I might use double cream instead of sour cream, though, because the sour cream separated into liquid and solids, which made straining it from the cherry stones very difficult. The cake lasts for about 3 days, so make sure you serve it to as many people as possible within this time! You can always make these Leftover Cookies with what's left...

For the cherry buttercream
Recipe 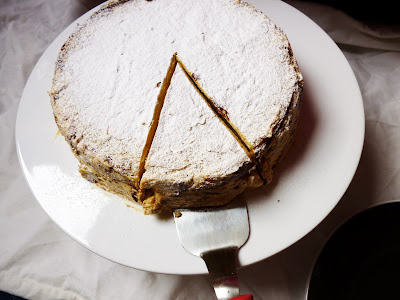 Finally, I want to inform you of some good news - I've been hired! I'm moving to Cambridge to work for a food testing company the week after next. It was getting dangerously close to my graduation and the end of my tenancy to not have a job yet, so this came as quite the relief. Now all I need to do is find a house...