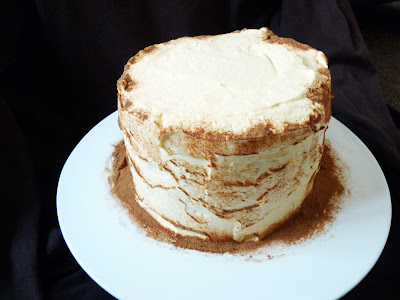 There's a bite in the air at either end of the day, wild apple trees are bursting with fruit on the side of the road and it is (somehow) September - autumn is on the way. 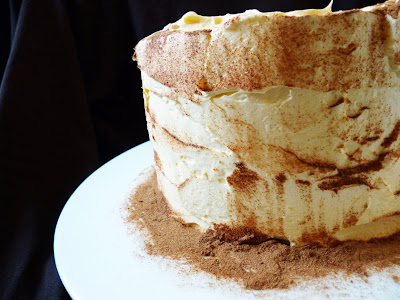 Summer is probably my favourite season because I love the sun and being able to wear shorts and sun dresses, but there is a place in my heart for autumn too, as with the other seasons. I do find that after a few months (if we're lucky) of going without I do start to yearn for jumpers and coats again, so I'm glad I live in a country that has real seasons. Granted, sometimes the seasons can merge into a six to eight month winter, but I like having different clothes for different times of the year. There is a certain satisfaction that comes with taking your coat out of the cupboard for the first time after the summer, just as there is when you put it away for the last time before spring and summer begin.

I probably shouldn't be talking about clothes - this is a food blog, after all - but they, like food, are an integral part of my seasons. 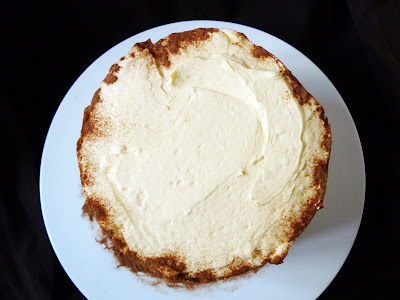 As I mentioned in the announcement for this month's Baking With Spirit, my food associations for autumn are blackberries, apples (and the obligatory Apple & Blackberry Crumble), and pumpkins. I therefore thought it would be a fun idea to bake a cake that epitomises autumn for me by including apples, parsnips and cider.

Yep, completely logical. I think parsnips are in season now, but I could be very wrong. I am not a gardener/farmer/seasonal shopper of vegetables that are less than £1/kg. Conscientious shoppers, gardeners and farmers, please feel free to correct me. 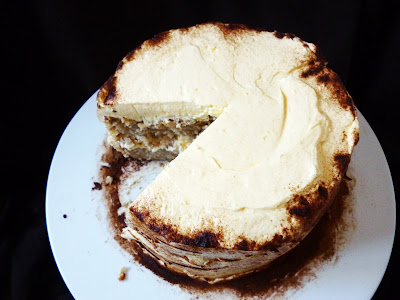 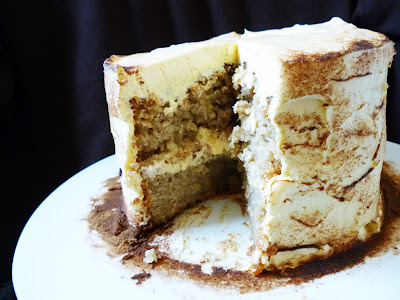 Don't believe me? Take a gander at this cake and see for yourself. I guarantee that you won't be disappointed. The sponge itself is moist, light and flavoursome. The apple flavour comes through most, but the others interweave nicely. In short, it's a perfect cake for welcoming in the new season.


For the cream cheese frosting:
Recipe 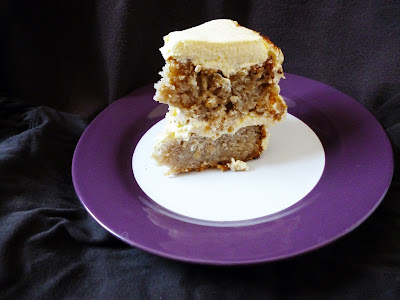 For this month's Baking With Spirit (and its anniversary!) I've asked everyone to bake something involving cider. This cake fits in rather well, so it'll be my entry this month. Feeling inspired? You have until the 28th to enter!

I just discovered a challenge called Four Seasons Food, which centres around cooking with the seasons and is hosted by Anneli at Delicieux and Louisa at Chez Foti. The theme is 'sliding into autumn', so I feel this cake was made for this challenge!

Finally, Victoria at A Kick At The Pantry Door is hosting this month's Feel Good Food Challenge (another one I've not entered before). The theme is apples, and since the cake contains said ingredient I think it probably qualifies! Victoria is celebrating her one year blogging anniversary too, so congratulations to her! 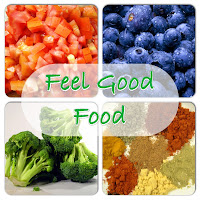