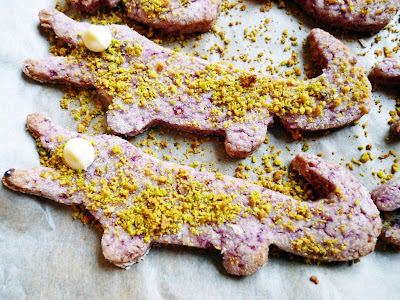 So I know it's been a little while since my last post (or it feels like it). What have I been doing? Mostly preparing to move to Birmingham and start my new job. As previously mentioned, I'm incredibly happy to be finally leaving the Cambridgeshire Fens, and it feels like a new chapter of my life is about to begin. Since we last spoke, I've been hunting out and buying my first real furniture (I'm not counting my £30 book case, nor my £20 hat stand) and dealing with general moving house admin, like sorting bills and addresses out. It's all felt like quite the whirlwind, and has kept me pretty occupied, but I of course still found time to bake these biscuits. 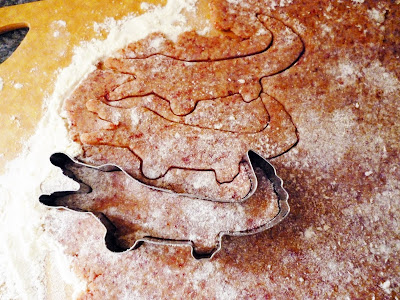 I never had a very standard cookie cutter collection. Until my trip to Sweden in June, I only had a dinosaur and a heart. Now I also have a reindeer, a moose, a turtle and a crocodile. So... still not a standard collection, but a more varied one at least. Circles are boring, anyway; I prefer to think outside of the biscuit tin.

...Moving on from that attempt at a pun, these biscuits were very popular. The freeze-dried cherry flavour came through very well, and was complimented excellently by the pistachios. I'm not sure whether I like the white chocolate chip eyes that I gave the crocodiles, so I'll let you have the final decision on whether to use them or not. I found the cutters in Sweden, as mentioned earlier, but I'm sure any animal (or indeed any shape at all) would work just as well. 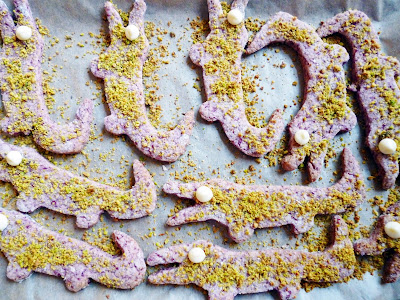 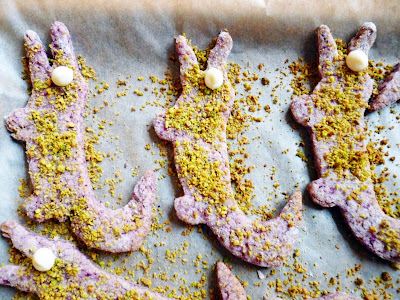 Kat from The Baking Explorer runs Treat Petite with Stuart from Cakeyboi, and this month's challenge is to bake something that was made on Great British Bake Off. I have to confess that GBBO isn't really my thing and I have never watched it, but since Kat suggested that I enter I will trust that these biscuits fit into the theme.