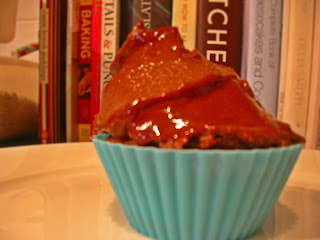 I moved house this week, but I've felt comparatively less busy than I've been in several weeks. Ever since the weekend before I went to Amsterdam I've either been entertaining house guests, throwing an Afternoon Tea, in Amsterdam, working almost non-stop, celebrating my sister's eighteenth birthday and socialising with friends in a mad frenzy before travelling back up to Newcastle on Tuesday. The eight-and-a-half hour train journey (thanks to a nice hour long delay outside Birmingham) was quite a nice pause in my day-to-day activities before I had to get into gear and move house. Luckily my new house is only a five minute walk from my old one, but this didn't stop me taking all day to move my stuff from one house to the next. A friend from my course very kindly helped me move my boxes in her car, which all went smoothly until one of them broke in the hallway of my new house and a second broke before we could even get it out of the car. Not to worry, though, as nothing broke and everything is now unpacked in my new space.

I made these cupcakes to fix my sugar cravings and because I had a container full of excess Nutella Cloud Icing from the Kahlua Cake I made for my sister's birthday. I went for the fruity option, and as we all know that bananas and anything chocolate or nutella related are a great combination I decided that they would be the perfect candidate. I was right! These cupcakes are moist and delicious - the best way to describe them is 'yum'. The icing is rich and decadent but the sponge is light and airy, providing the best combination of textures you could want for a cupcake, in my opinion. 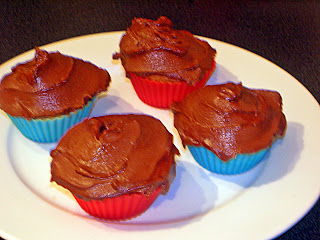 I won't provide the recipe for the icing as it is entirely taken from this recipe by Sweetapolita. Sweetapolita is run by Rosie, who didn't even know how to bake until she got married, when she took a load of baking courses and is now arguably one of the queens of cake decoration. If you've never been to her site, I would highly recommend that you take a look at it.


Recipe
I really wanted to use my circular sprinkles on these cupcakes, but unfortunately they are still in Plymouth - my suitcase just did not want to hold everything so I left my turntable, piping nozzles, food colouring and sprinkles behind so that my mum can send them on next week. Hopefully I'll have it all back soon!