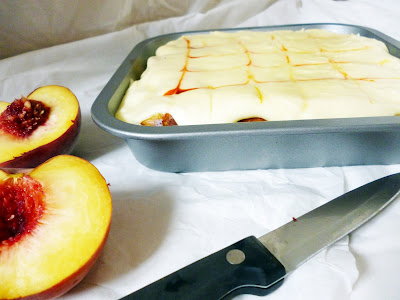 Twitter followers might have noticed that I mentioned something called 'Cake Monday' last weekend. It all began when I brought the Salted Caramel, White Chocolate & Pecan Ice Cream Loaf Cake into work a couple of weeks ago. My colleagues and I were talking about how it was nice to have cake to share around, and how we should bring cake into work more often.

I forget exactly how it happened now, but after some excitable discussion we concluded that someone should bring cake into the lab every Monday. We're going to do this on rotation so everyone gets a chance to make cake, even if it's just from a box mix (or even if it's bought from a shop).

Besides having cake every Monday, we're hoping an added benefit will be that we're more excited about going to work after the weekend is over. Last week I knew that my favourite type of cake (carrot cake, since you ask) was being brought in and I was almost, almost excited about going to work. I believe we're getting brownies on Tuesday (which shall act as Monday this week due to the bank holiday and all), so if the knowledge that it'll be a shorter week doesn't drag me into work, I suspect the knowledge that they'll be waiting for me will make the commute a little bit easier. 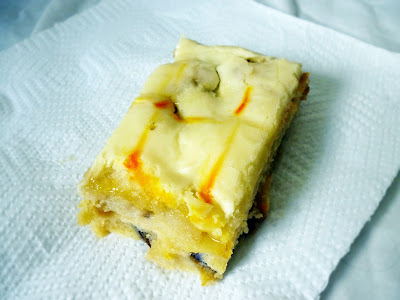 Quick tangent: do we know why we have a bank holiday in August here in the UK?  Tell me in the comments below! It's more fun than googling! 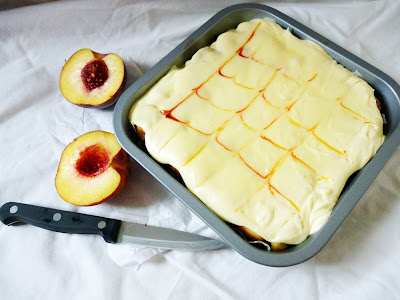 I made this using normal cake quantities, but even in two standard 9" square cake tins the cakes came out pretty flat. I think more batter was required per tin, so I've doubled the quantities below. You can't see this error in the photos because I was a bit sneaky and put one cake on top of the other to give the illusion of a cake which had gone to plan! You may want a thicker layer of buttercream atop your cake, in which case just scale up the quantities below.

Makes 12 Slices
Ingredients
For the cake 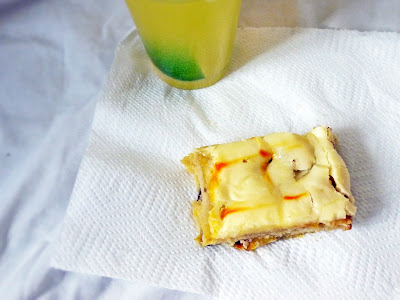