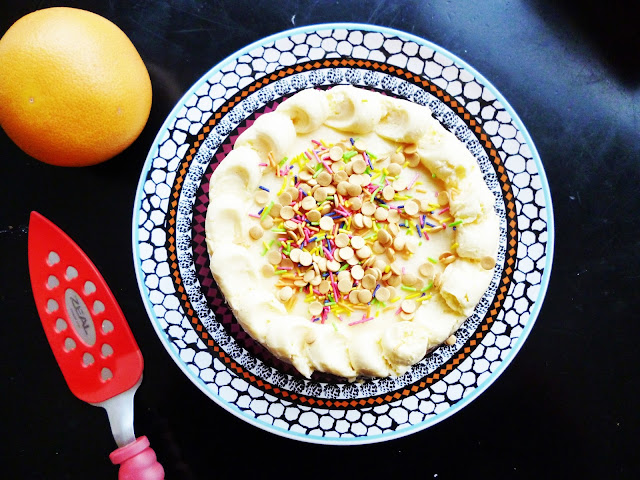 I have had enough of Swiss Meringue Buttercream. This may well be the last time I make it. There is a lot of work involved, and to be honest I know of several frostings which are just as malleable and are easier to make. And I don't have to worry about the copious amounts of fat repelling any food colouring, flavourings or even the meringue itself.

Yes, I am happy with this cake, and it was delicious, but the icing was far more work than it is worth. I usually make French Buttercream, which is similarly made, only it uses less fat and has never decided to ooze liquid whilst/after I pipe it onto a cake. I thought that this time I would try Swiss Meringue Buttercream again, since I hadn't used it in such a long time - now I remember why.

I think the main issue, aside from stability, is that I don't own a stand mixer. Instead, I have to hold an electric whisk for around 20 mins whilst slowly adding butter, during which time the meringue (which returns to a liquid almost as soon as the butter is added) flies around the room as the whisk comes into contact with a lump of butter and throws it around the bowl. Electric whisks generally don't have a slow setting, so there is no way to avoid the splatter. I'm honestly not sure how much meringue even stayed in the bowl this time. I found drops of meringue on the TV screen, which is over a metre from where I was working.

Don't get me wrong; Swiss Meringue Buttercream is lovely when it's made, as long as it's stable enough to hold onto anything you added to the fat. This Strawberry & Clotted Cream Jubilee Cake from a few years ago was made with Swiss Meringue Buttercream, and what I didn't mention at the time is that it started to weep the gel food colouring after a few hours. No baker wants to see their cake cry red and blue tears. 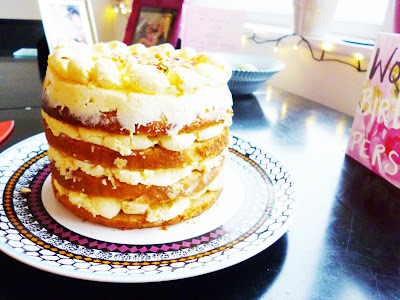 Ok, so my rant about Swiss Meringue Buttercream is over. If you want to see other cakes that I've made using this buttercream, scroll to the bottom of the post (please excuse the dodgy formatting). This will almost certainly be the last!

Alongside a huge battle with buttercream, I made Grapefruit Curd for the first time, with very satisfying results. I've seen a lot of recipes calling for large numbers of yolks or whole eggs, with or without cornflour, and varying levels of sugar, so I took my favourite parts from a few recipes (Sweetapolita, Bravetart and BBC Food). I'm very pleased with the results; the curd is a beautiful pink-orange and has just the right amount of tartness. I really enjoy the taste of grapefruit, but if they aren't your thing you could always add more sugar to taste, or use a different citrus fruit.

This cake was served at a January Clandestine Cake Club meeting (which is why there's no artsy cake slice photo today). I organise the events for the North Birmingham & Sutton Coldfield (UK) branch, so if you live nearby you should come along next time! The cake was delicious, and everyone was very complimentary, especially on the curd. 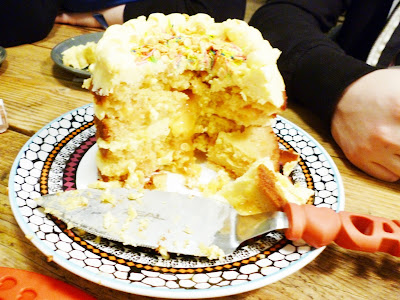 This Grapefruit Curd Celebration Cake is made up of four layers of cinnamon flavoured sponge. The first and third fillings between the layers are Swiss Meringue Buttercream, and the middle one is Grapefruit Curd. To make the cake into four layers, I made one deep cake in an 8" springform tin and froze it before dividing it into four. A cake turntable comes in very handy here; alternatively you could just double the recipe for the sponge and bake four 9" cakes in a normal cake tin. 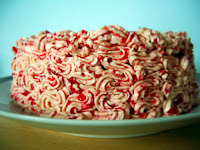 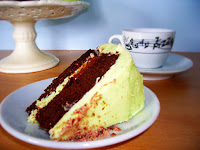 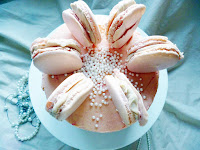 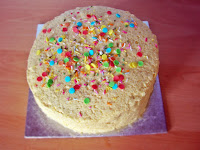 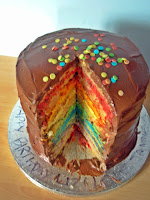 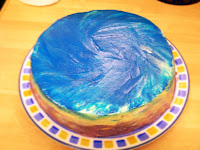 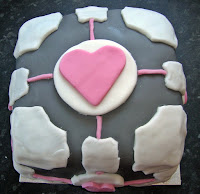